After the utility room plumbing was done, my next step on the guest house bathroom project was to pour concrete to replace the concrete that had been removed when the drain pipes were put in. I used 1,280 pounds of Quikrete Crack Resistant concrete, which is purpose built for pouring slabs like garage floors.

Since it was only 16 bags worth, I hand mixed it in a wheelbarrow before pouring:

It was a pretty easy process to fill in the slab and level the concrete, filling in around the pipes and matching the height of the original slab. 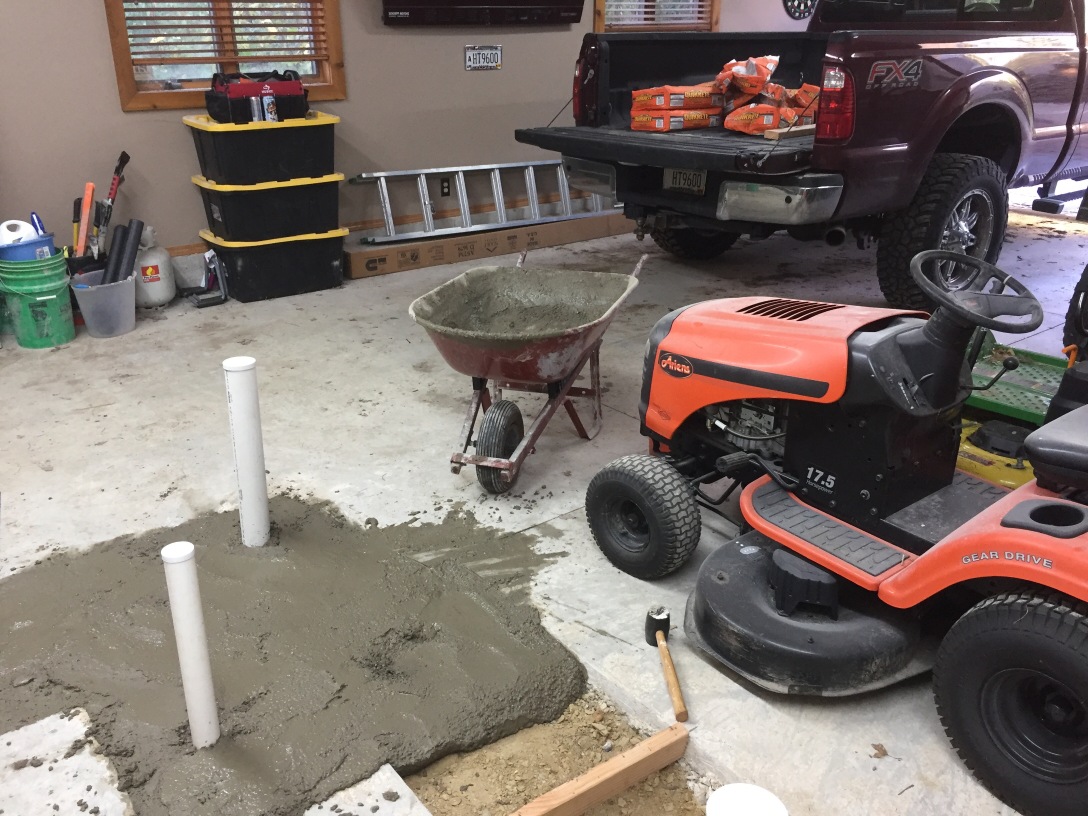 Once the initial concrete pouring was done, I placed the shower base and cut the PVC drains down for both the shower and the utility room floor drain, and installed the drain fixtures. You may notice that the shower base is a different shape from the previous post. I realized that I needed to switch to a diagonal opening in order to have the shower entrance not awkwardly positioned in relation to the toilet and the sink in the bathroom. 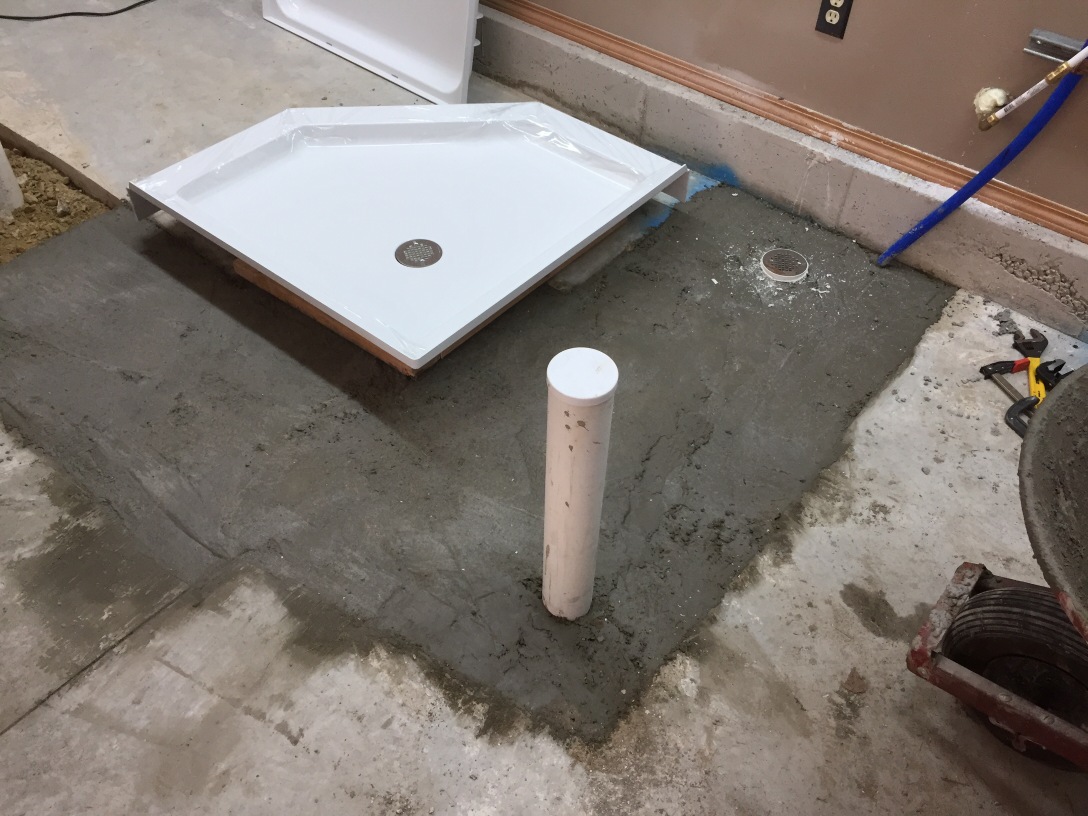 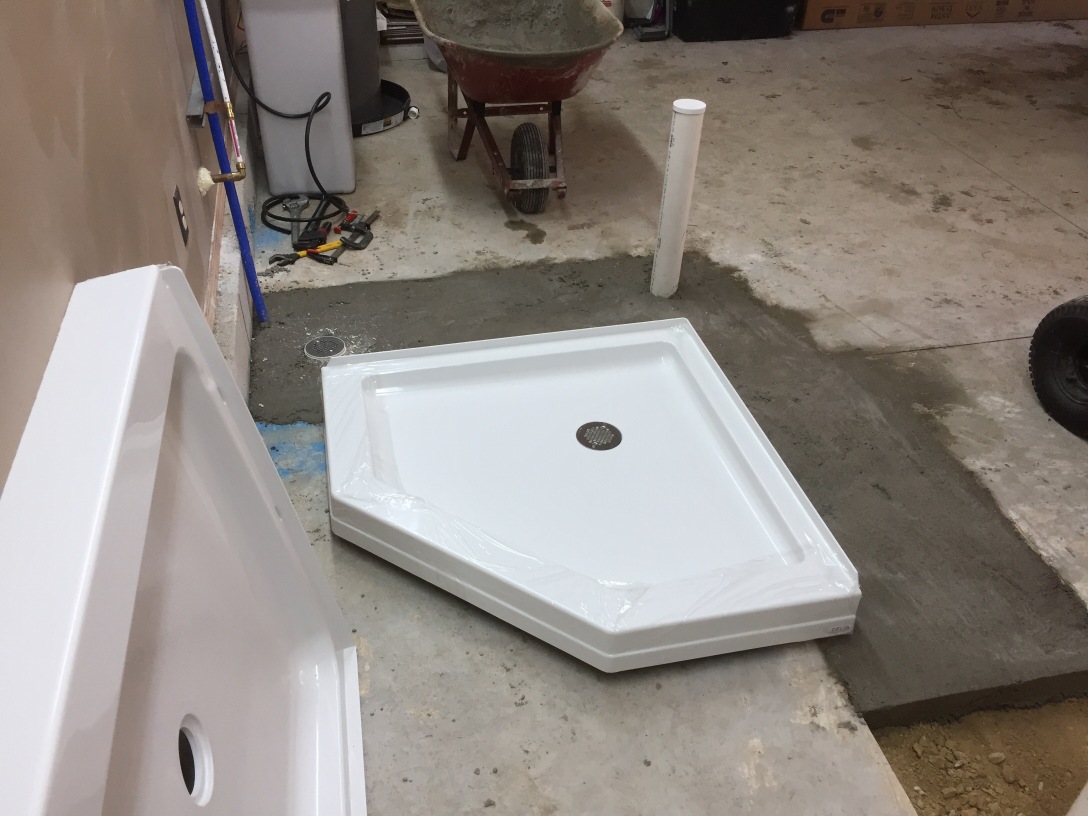 After the shower base was installed, I poured a layer of self leveling base concrete over top of the slab, which forms a smooth surface on which I will ultimately lay tile for the bathroom floor.

Finally, I cleaned up some concrete spray and dirt that had found its way onto the shower base, and then covered it in plastic tarp so that it won’t get dirty when I start framing the bathroom and utility room walls, which is the next step in this project.