After a long saga of dealing with Home Depot and Crew2, the guest house bathroom flooring is in and the project is complete. I chose to have the tile professionally installed, floor tile is one of those things where absolute precision is important and typically it is pretty inexpensive to have done. When I built my wine cellar, I bought the tile from Home Depot and had them coordinate the installation through their Crew2 service, which handles all the local subcontracting. It was a smooth, painless, and cheap process, so I figured the same would be true here; unfortunately, it was not. When I initially ordered the tile, I was told there would be a roughly two week wait to have an installer scheduled. In reality, it took two weeks for the tile to arrive, and from there I was told it would be a four week wait for a contractor. Two weeks after that, right before I was about to leave for the Masters, I received a call and was told there would be a further two week delay because they were overbooked. I informed them that this was completely unacceptable, and worked my way through a couple levels of managers until I was able to get them to keep the original schedule.

Once that day arrived, though, the contractor informed me that the floor needed additional leveling and that while he could do that leveling, it might mean another several weeks of delays. 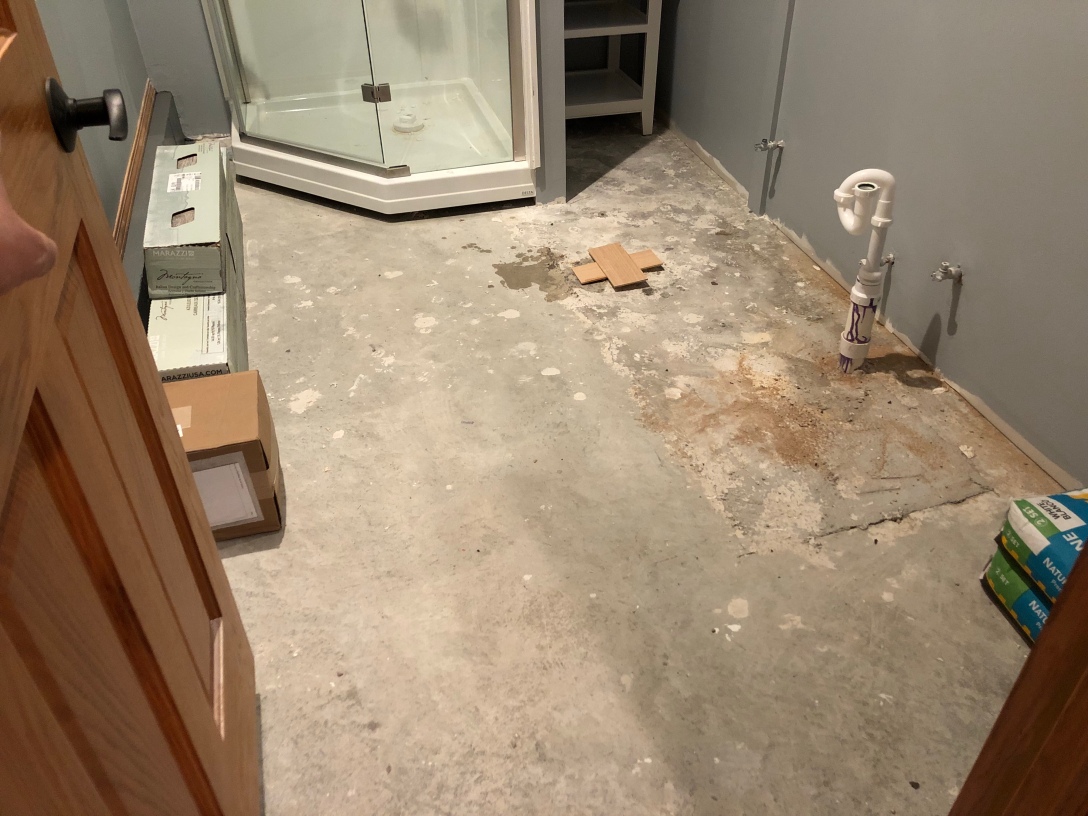 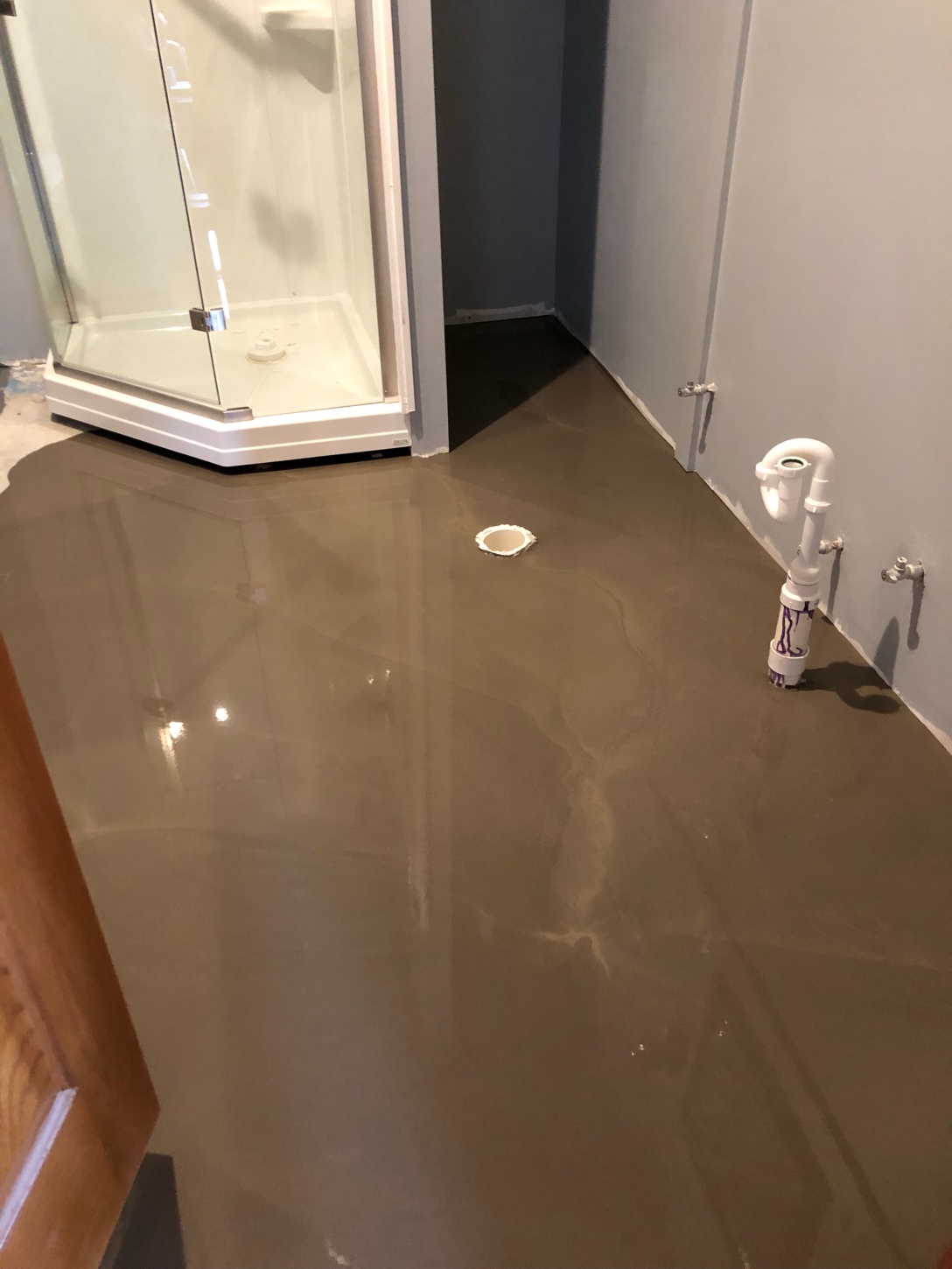 This was particularly annoying to me, since I could easily have done the leveling myself in the weeks leading up to this, but the Crew2 representative who measured the room said that wouldn’t be necessary. Given this, I drove to Home Depot and the made my case that they should do whatever needed to be done to find someone to do the job that same week. I found the Home Depot rep to be much more helpful, and he helped me wrangle Crew2 and get them to find a crew to lay the tile the same week. A few more twists and turns ensued, including them trying to charge me $900 for what amounted to an hour and a half of labor plus $100 of materials for the leveling, but eventually the tile was laid.

The next morning, they came and grouted the tile and installed trim. The finished product looked great! 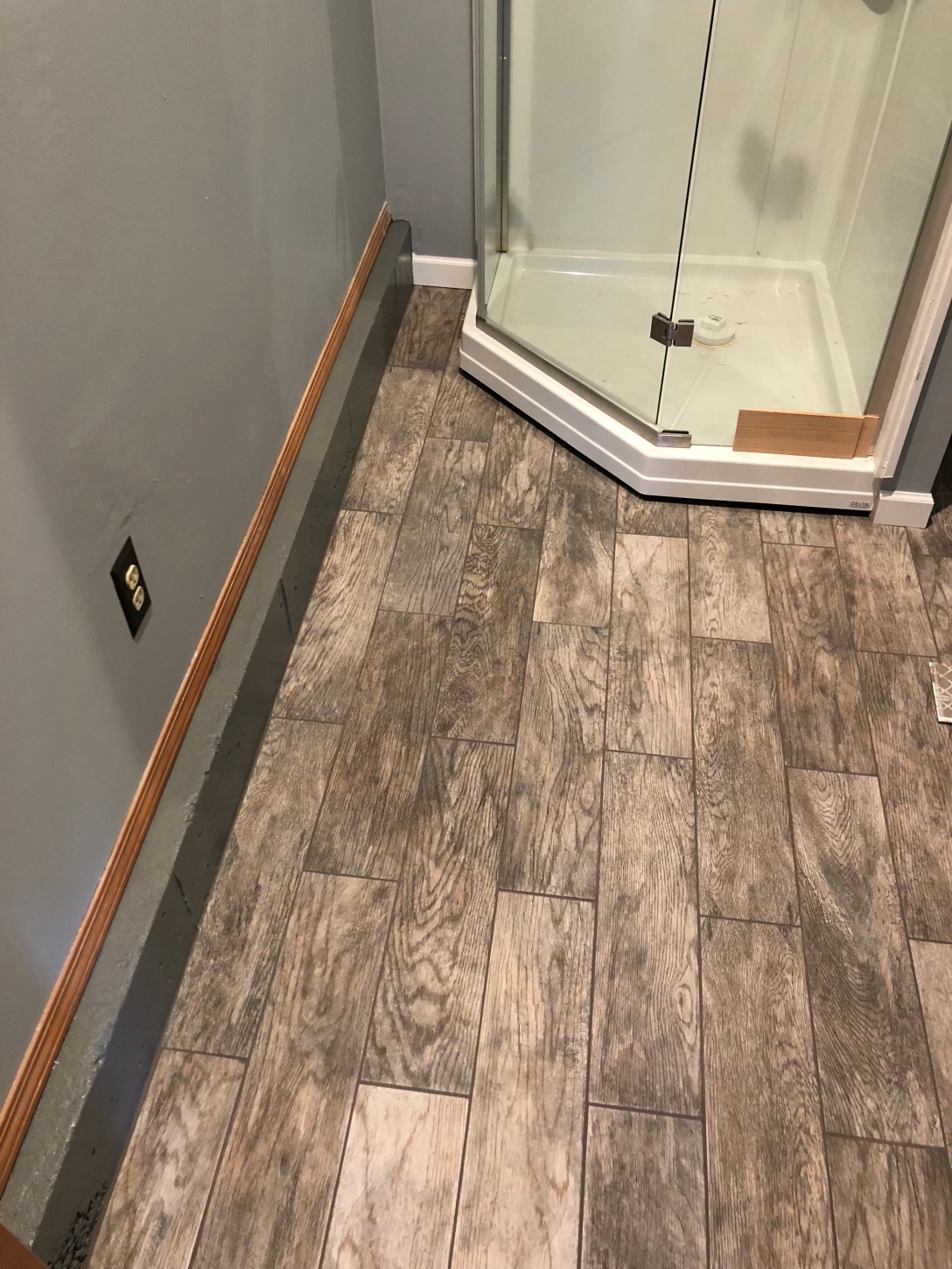 I reinstalled the toilet and the vanity, and connected them to the water lines. Thankfully, nothing leaked.

After that, all that remained was some decorating. Here is the final result: 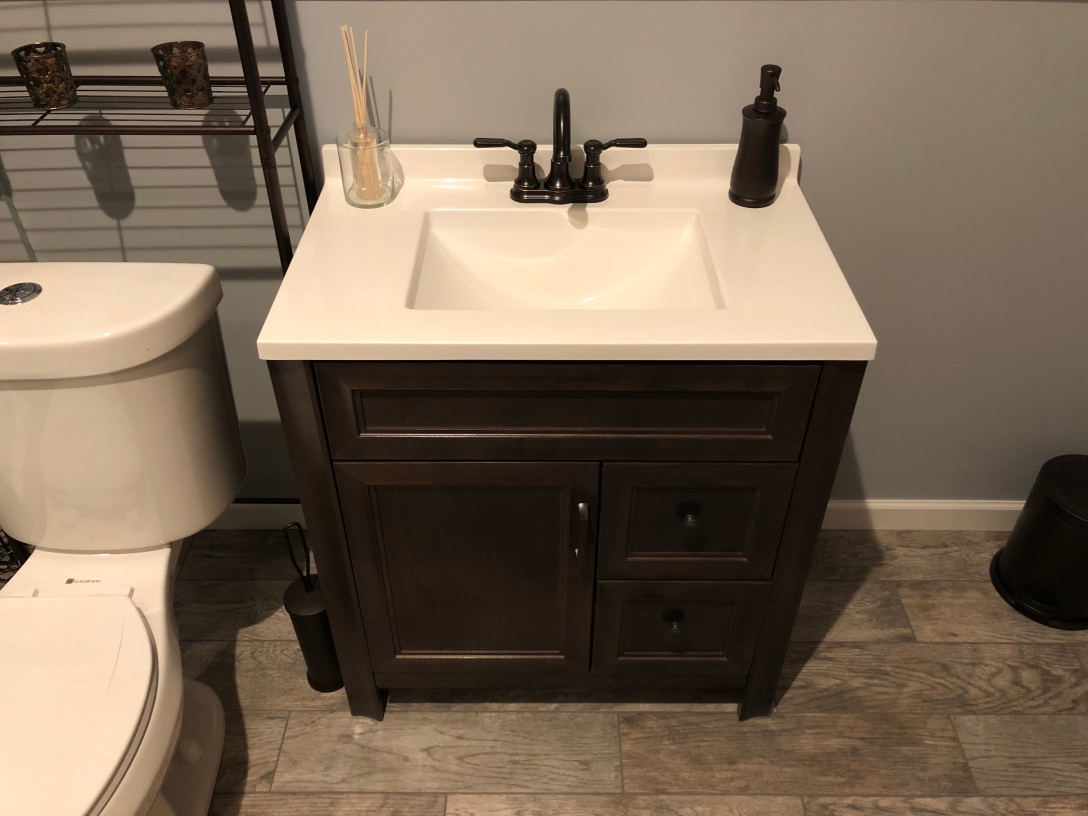 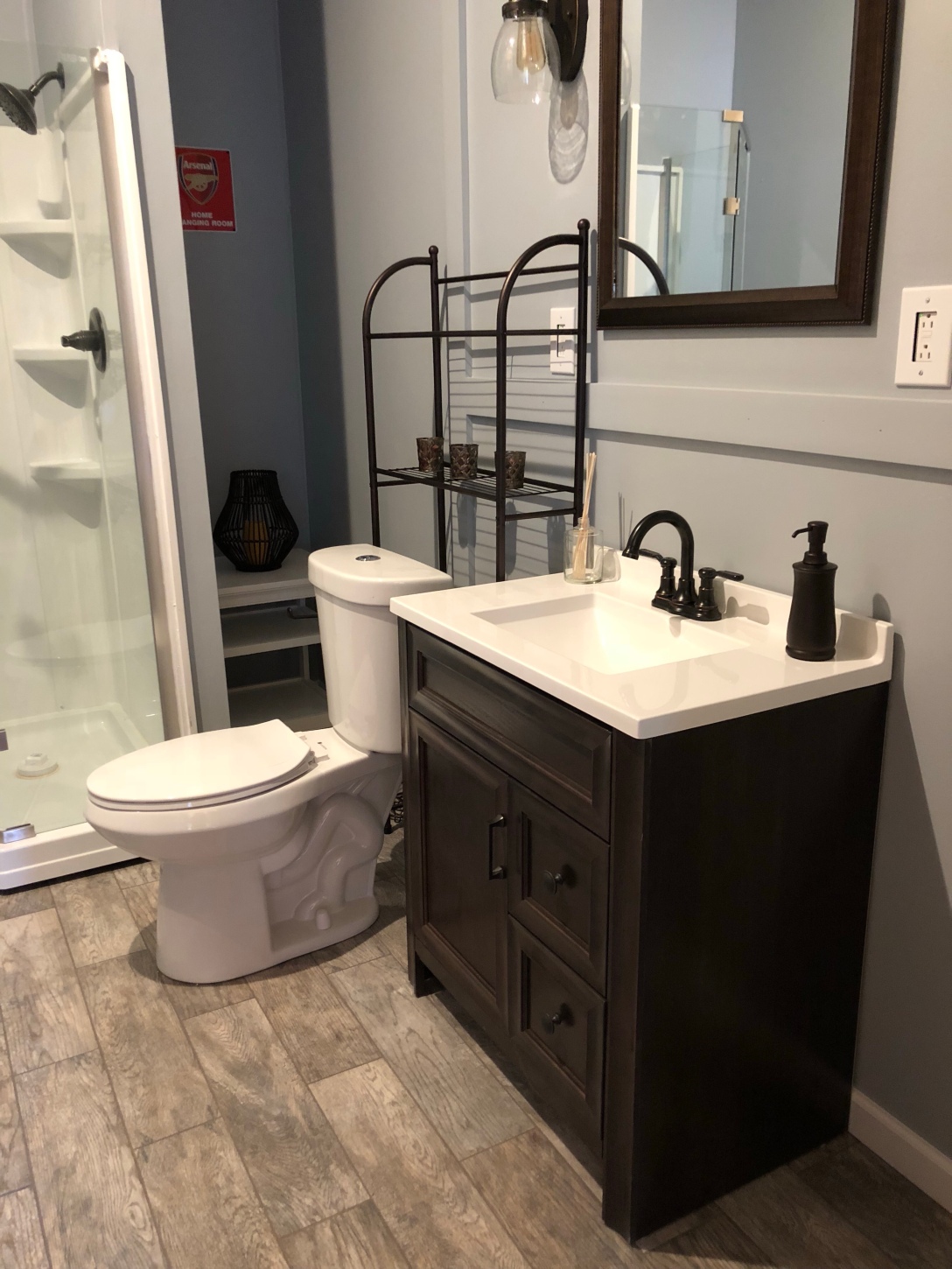 I am extremely happy with how well this project came out. It is the third bathroom I have built, and also motivates me to remodel the master bathroom at the lake house, which will be a fun project later this summer.