Over the last two weeks, I’ve framed the walls and roof of the shed. I did the walls first, which were pretty straightforward with a skill saw and a nail gun. 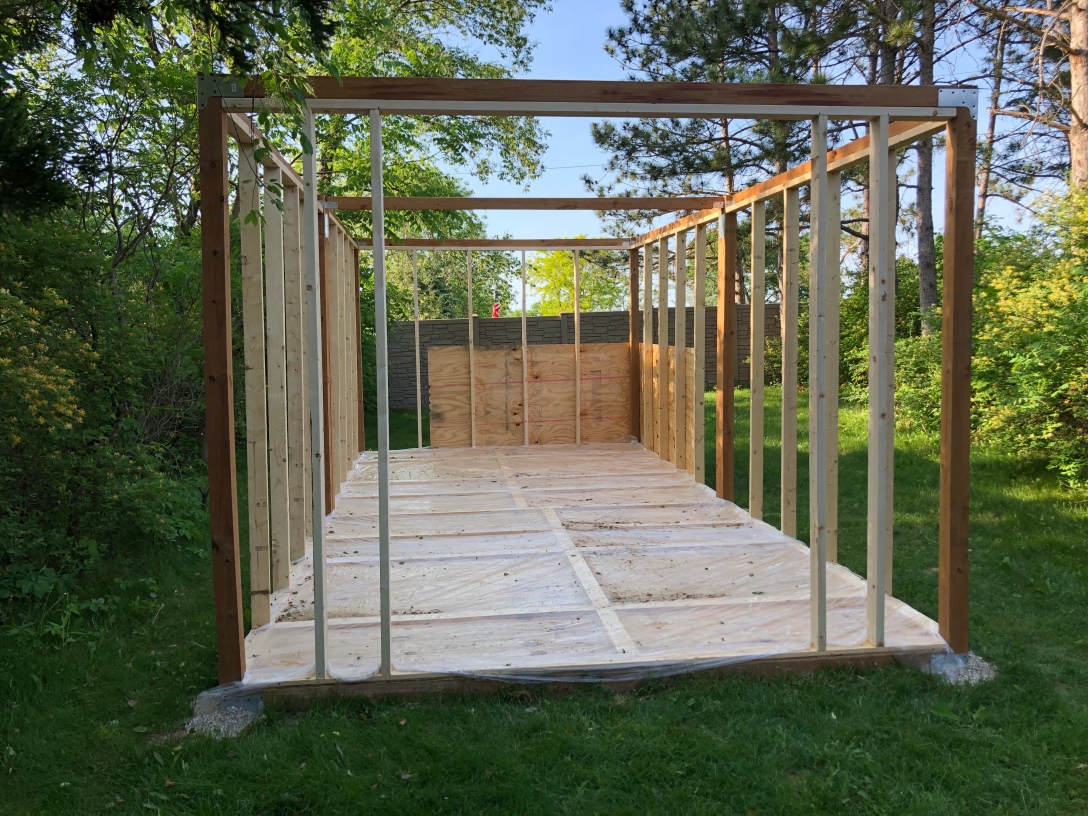 After the walls were done, I started on the roof. I first installed a beam that ran lengthwise along the shed, forming the top of the roofline.

From there, I installed cross beams that would form the base of the triangles that formed the roof’s structure. After that, I cut and installed the top beams, completing the triangles. 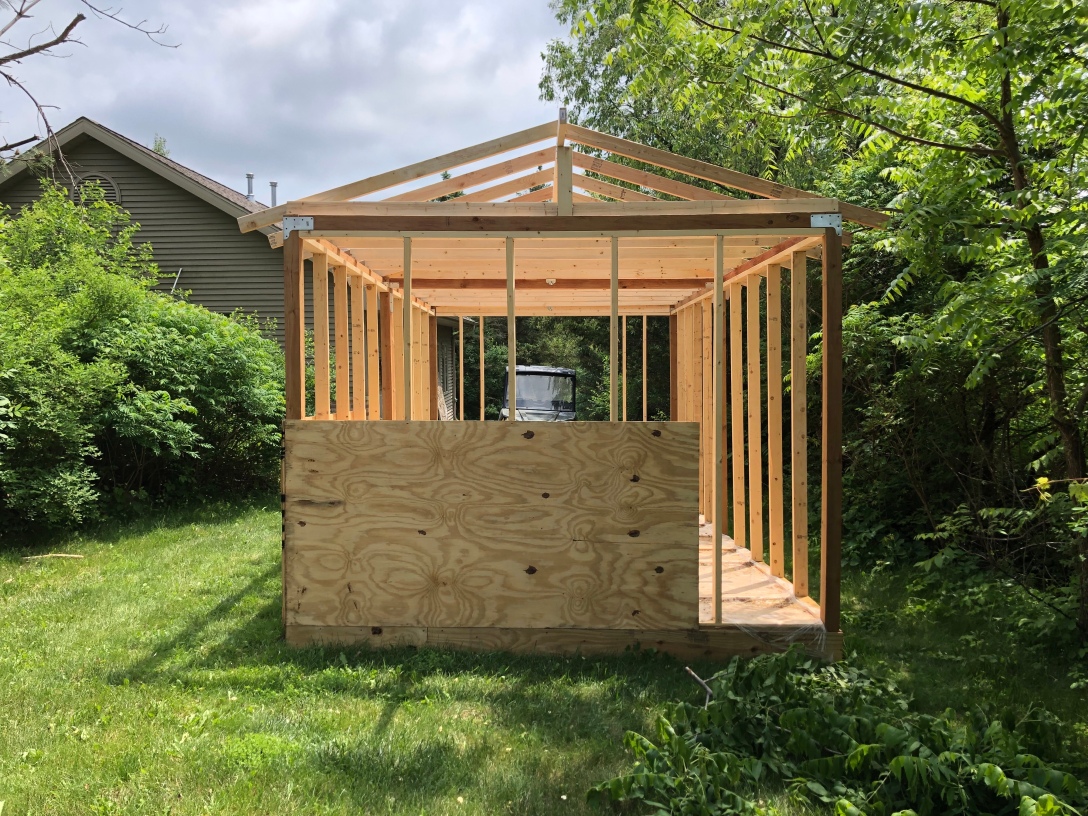 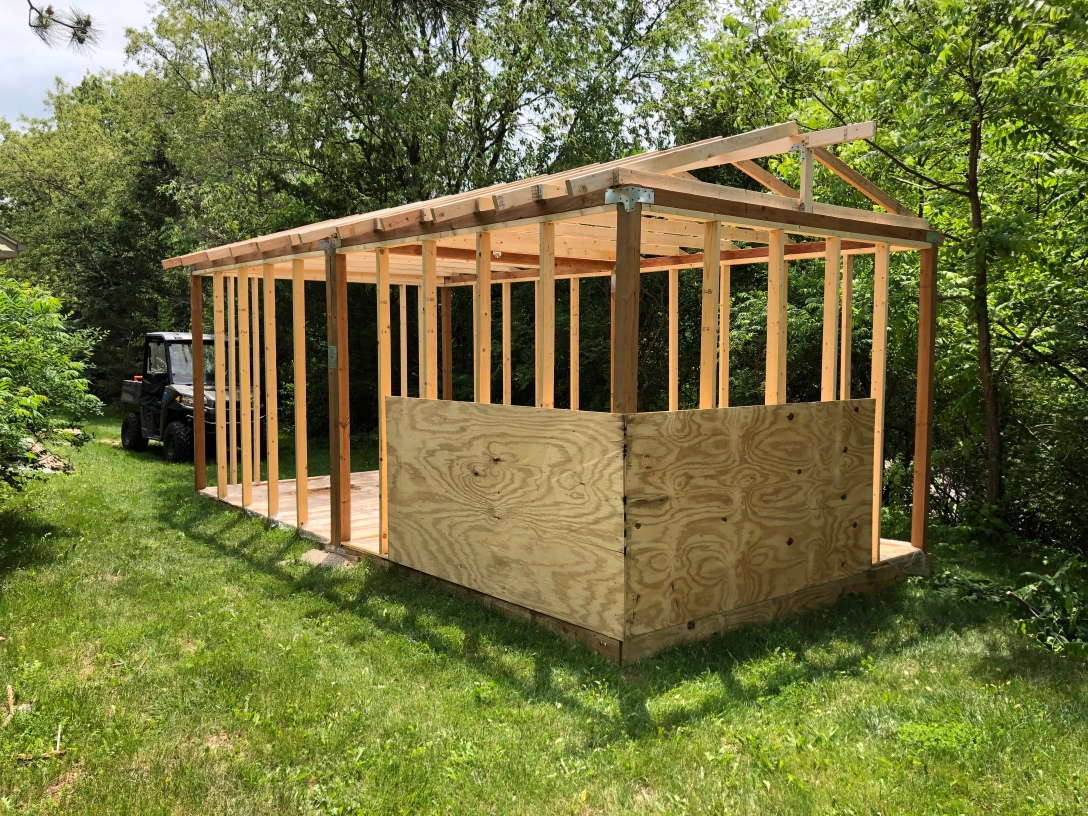 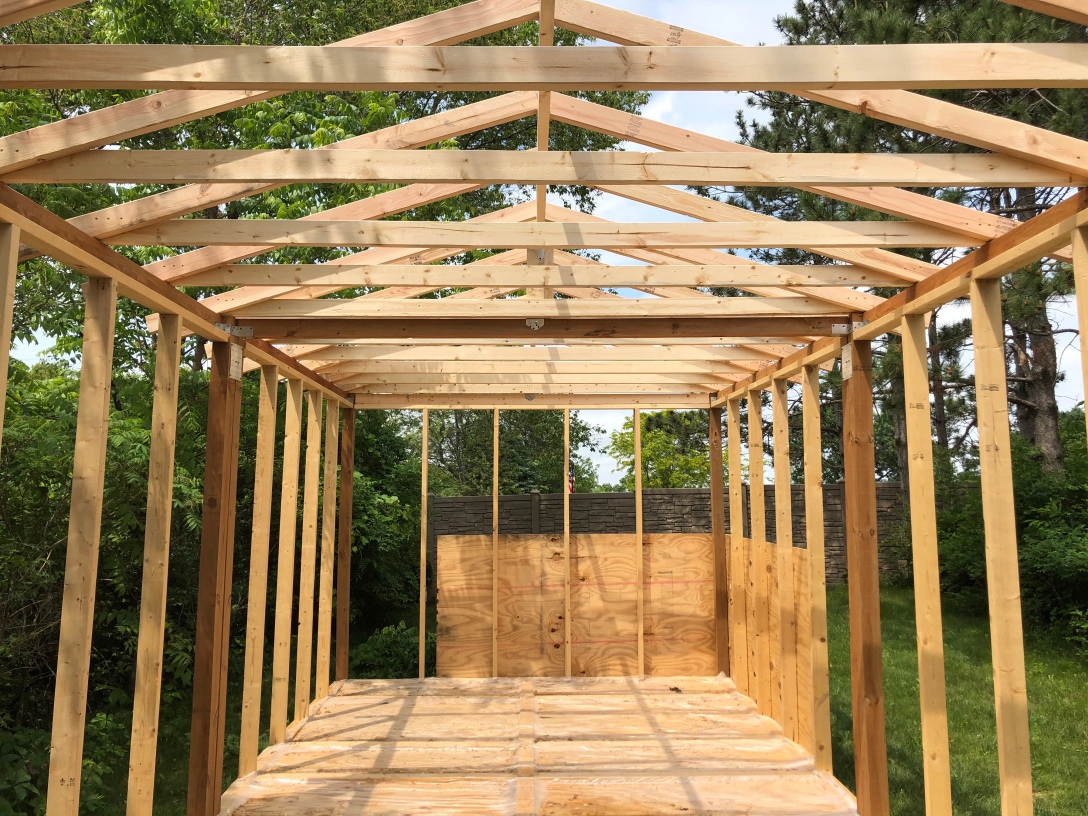 To wrap things up, I did some final framing work on both ends of the shed, and I also ran underground electrical wiring from the guest house to the shed, which comes up from the ground and goes into the shed from the side. 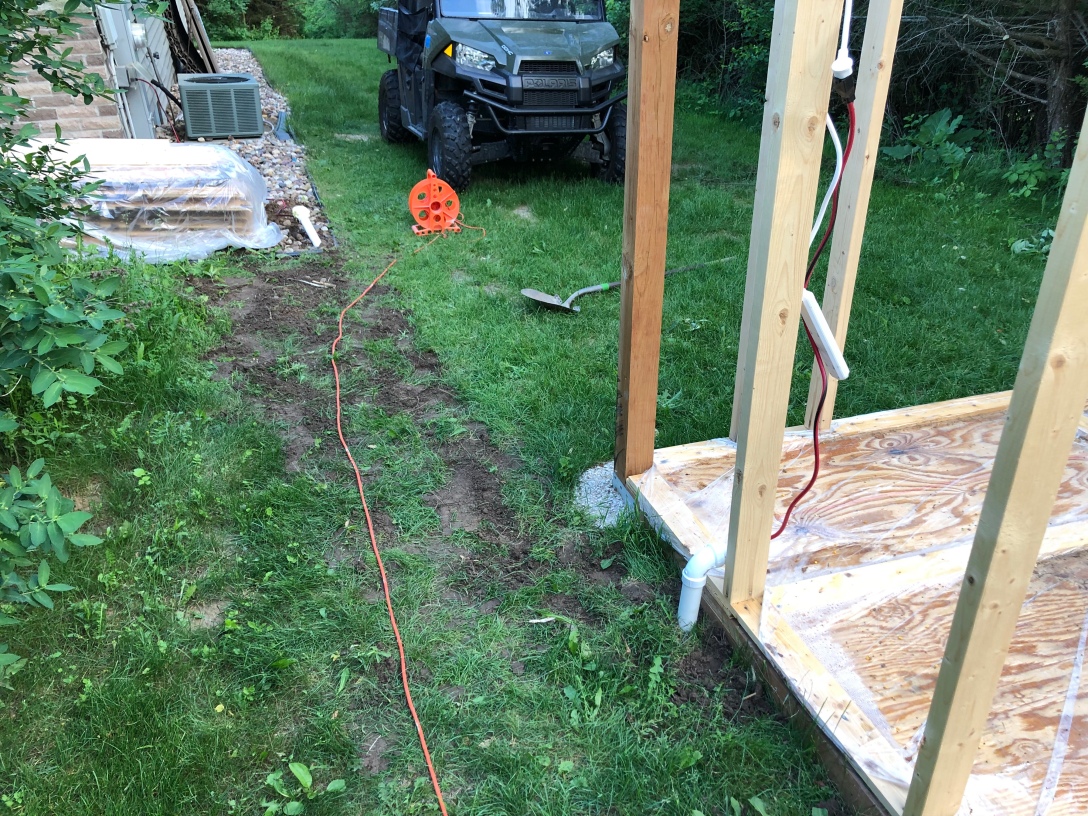