Yesterday was supposed to be the day to complete the countertops, but unfortunately we only got part of it done. We ran into a cabinet leveling issue that ultimately had to be corrected before the seam on the main counter could be joined. Before that though, I had to completely clear off the old counters.

After that, the installers removed the old countertops. 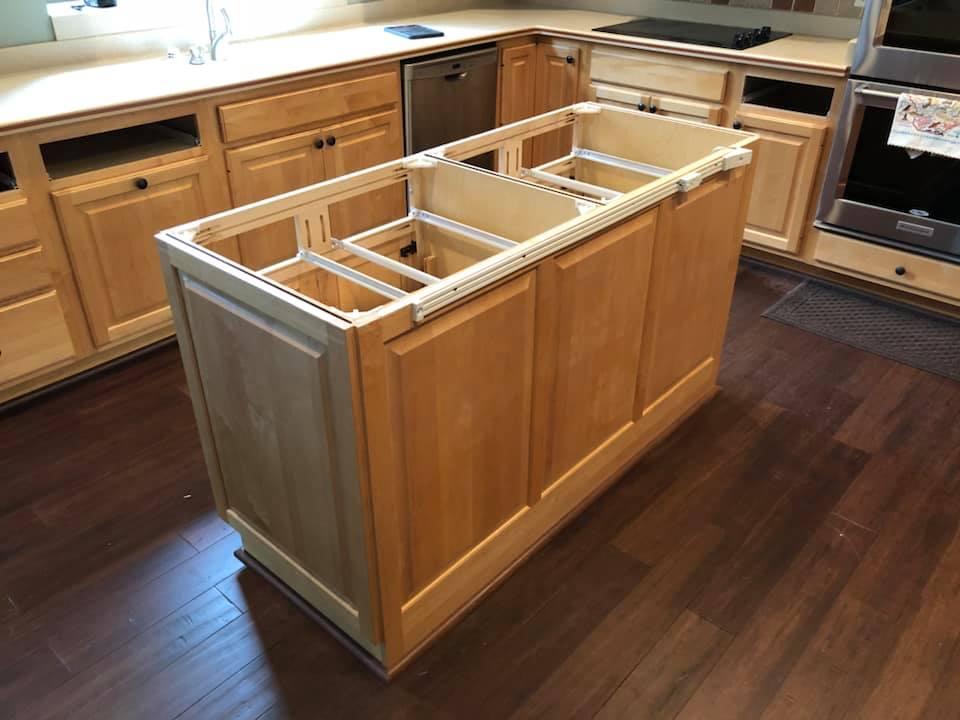 The installers then placed the new countertops on top of the cabinets. 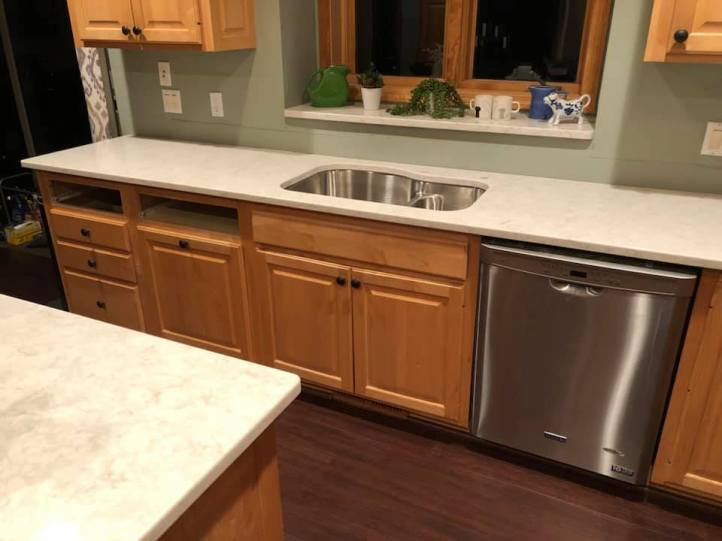 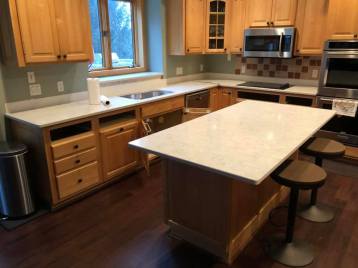 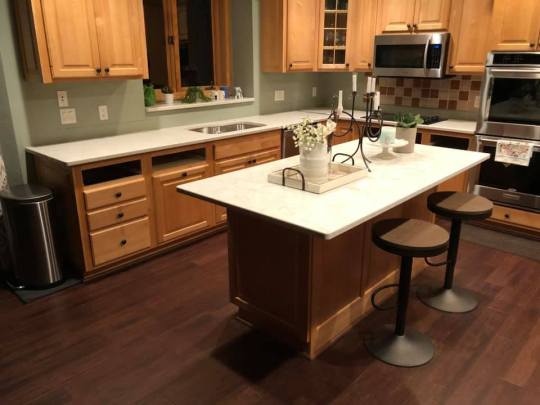 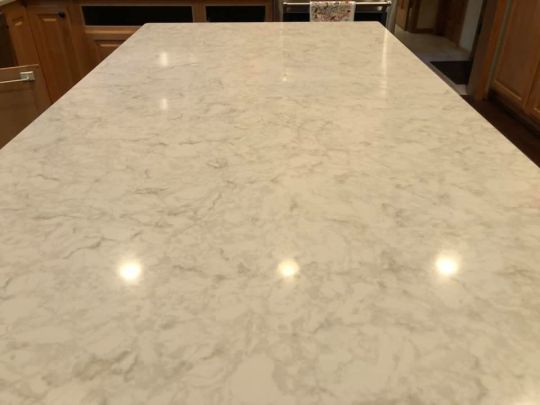 At that point, they realized that the cabinets were too far away from level (over an inch) for them to correct with shims, so they had to stop and leave the countertops in place.

At that point, I had to call in a favor from a friend who runs an awesome cabinetry and construction company, who came and helped me level everything the next day. 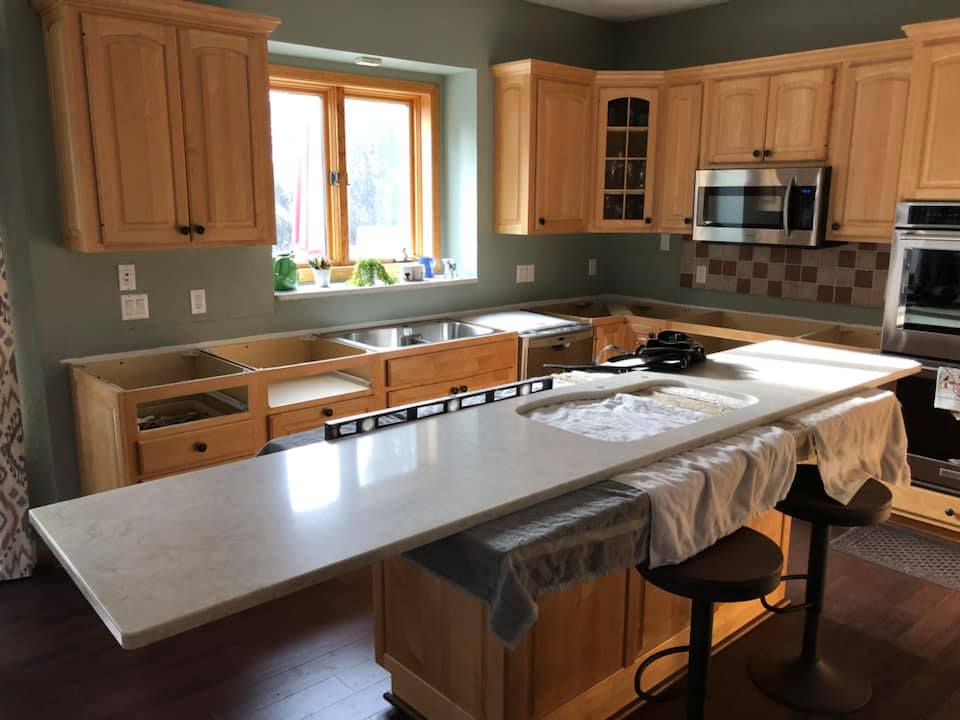 I also had to replace some valves under the sink that had worn out and were leaking from the removal of the previous sink.

Once that was done, we set the countertops back in place and I placed everything back on the counters for now, although that will have to come off again in early January when we finish joining the counters. 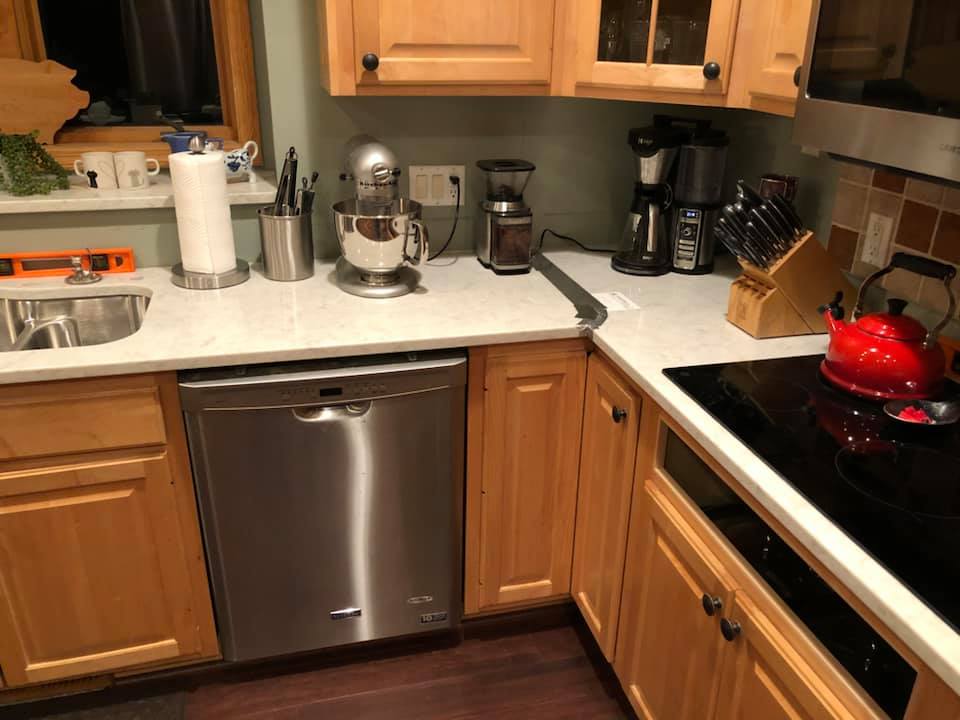