Whenever I go to New Orleans, one of my favorite things to do is to shop for antiques on Royal Street (after grabbing a $1.50 lunch martini and New Orleans style barbecued shrimp at Mr. B’s). Royal Street is known for antiques, specifically for chandeliers. On my most recent trip, I wanted to look for a chandelier for my library, specifically one in wrought iron to complement the existing dark woods and wrought iron in the library:

Several blocks down Royal Street from Canal, I walked into Royal Antiques. Royal Antiques, located at 309 Royal Street in the French Quarter, is a fourth generation family business specializing in 17th, 18th and 19th century English, French and Continental furniture and decorative accessories:

After getting a tour and talking with one of the saleswomen at the store, I found an incredible wrought iron chandelier from the 1880’s that was originally from a wine bar in Marseilles. I like that bit of history, since my library is right next to my wine cellar, so the wine bar vibe was cool. The chandelier was originally used to hold candles, but had been retrofitted for electricity sometime in the early to mid twentieth century. After negotiating the price down a bit, I bought the chandelier and had it shipped back to Madison. It only weighed 33 pounds, so shipping came in at $70, which certainly beat trying to carry it onto an airplane. Thankfully, it arrived in one piece:

The chandelier didn’t come with many of the components required to install in the library, it basically just had two wires sticking out the top, and a chain from which to hang it. I went to the Home Depot and bought a Screw Collar Loop Kit from Westinghouse, which gave me the hardware that I needed to anchor the light into the ceiling light box: 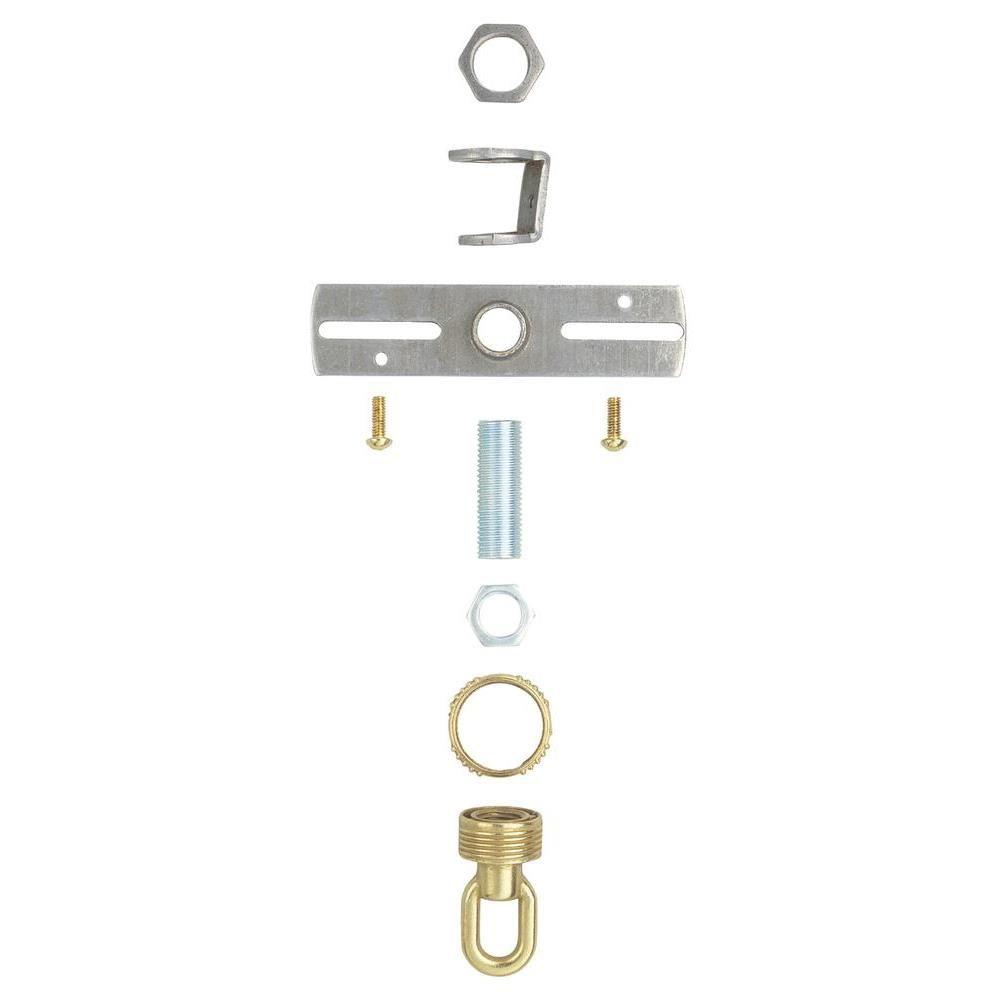 I spray painted the loop and bought a wrought iron s-hook, and with some simple wiring, the chandelier was operational! 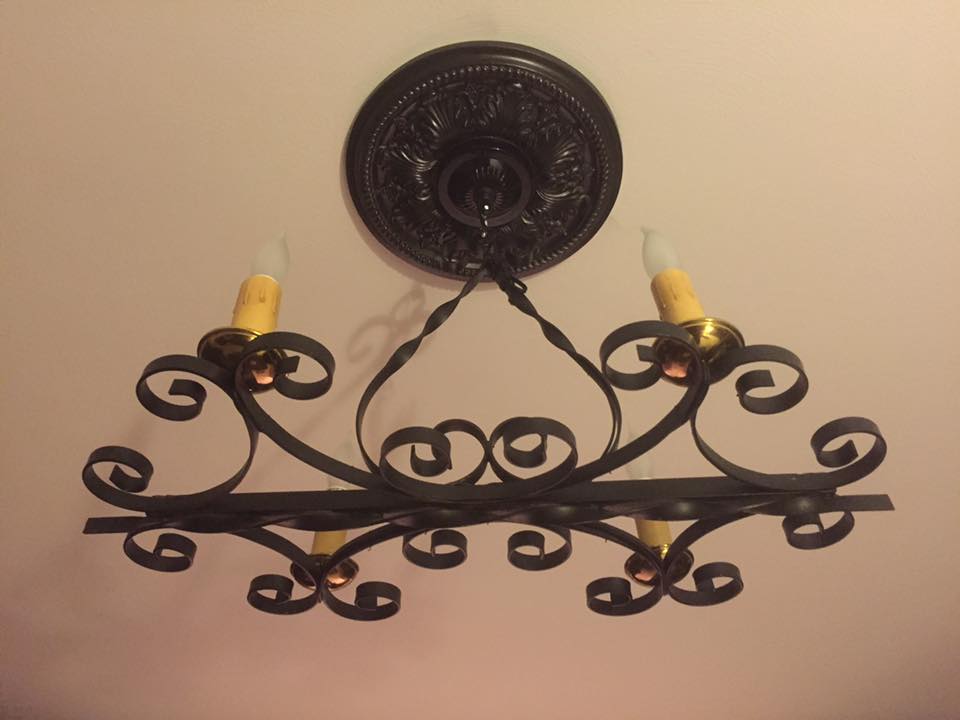 It provides great light, and really complements the look of the library:

One thought on “Library Chandelier”