I’ve long wanted to be able to watch TV from the hot tub, as well as from the deck at both houses. It’s not something that I’d use all the time, but on a nice spring, summer, or fall night it would be nice to watch a movie outside, and being able to turn on Sports Center from the hot tub would be awesome as well. Outdoor TV’s are an option, but properly reinforced outdoor TV’s that could stand up to the wild Wisconsin weather year-round are very expensive, and hard to justify given the frequency of use I anticipate. With that in mind, I wanted to build a projector rig that would be easy to carry outside, set in place, and watch TV. It needed to be lightweight, and have a single plug so setup would take under 10 seconds. I bought a small, portable projector with an integrated speaker from Amazon, and connected a Roku stick directly into its HDMI port.

I then bought a very small power strip with USB outlets that I could attach to the projector, which would power both the Roku stick and the projector. 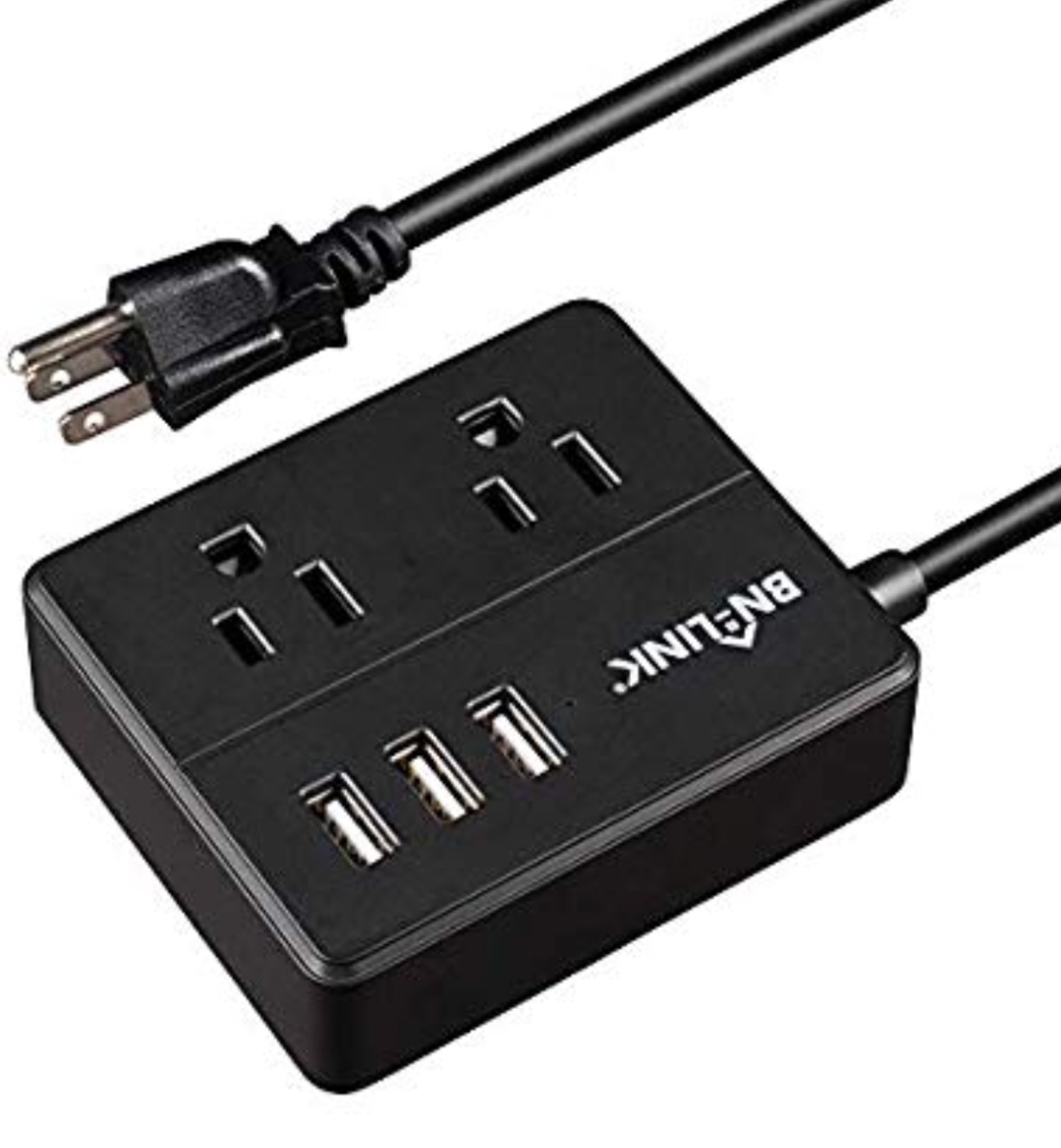 After that, I build a metal cage around the entire rig, giving it structural integrity and making it easy to carry to where it would be used. 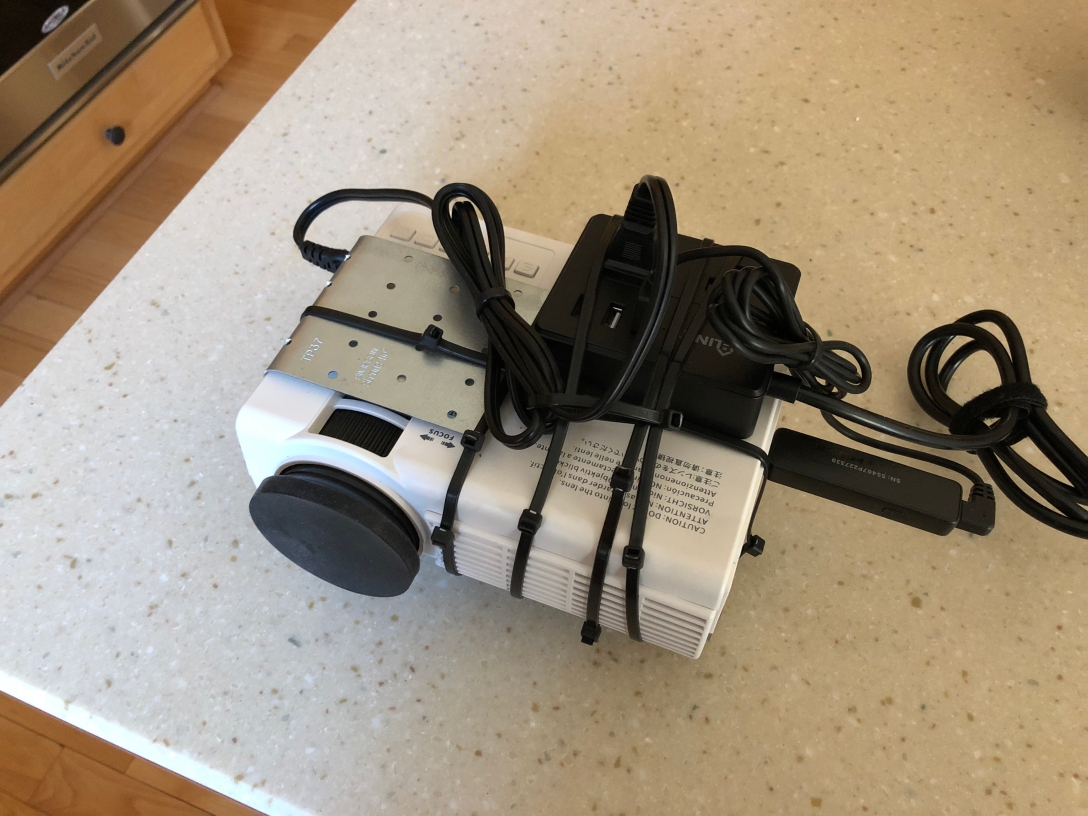 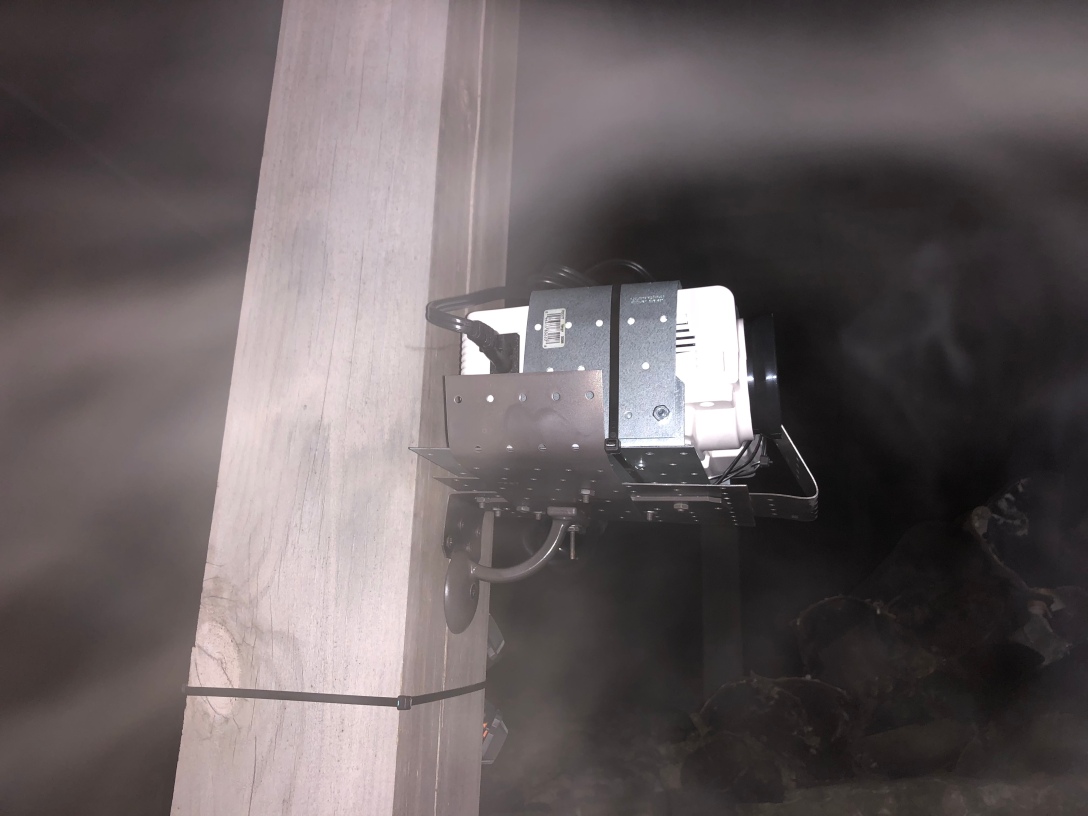 The end result is pretty awesome, even when just projected on the side of the house.

My next step is mounting outdoor projector screens, which will make the picture significantly higher quality.