After removing the trees from the hill at the lake house, the last two things that needed to be done prior to stair reconstruction were to remove the old outhouse and remove two large boulders that had fallen onto the stairs over the past two winters. The outhouse was kind of a funny conversation piece, but at the end of the day it was decaying and blocked part of the view of the lake from certain parts of the backyard. Removing it was pretty trivial, I simply chainsawed the posts and pulled the entire building over, and use a combination of the chainsaw and a reciprocating saw to break it into pieces and load it in the truck. 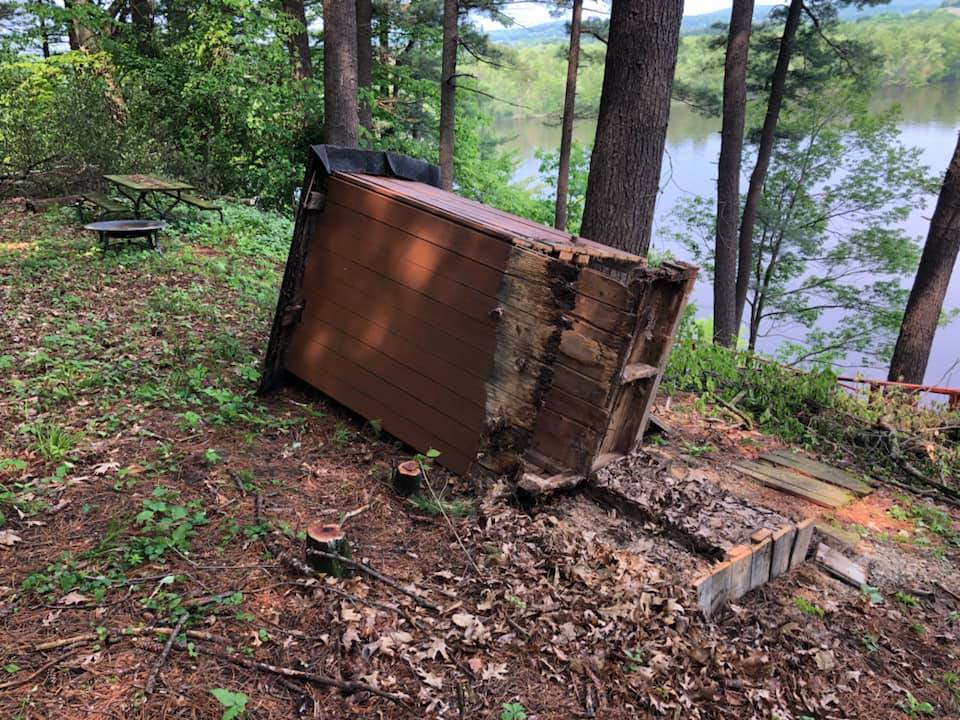 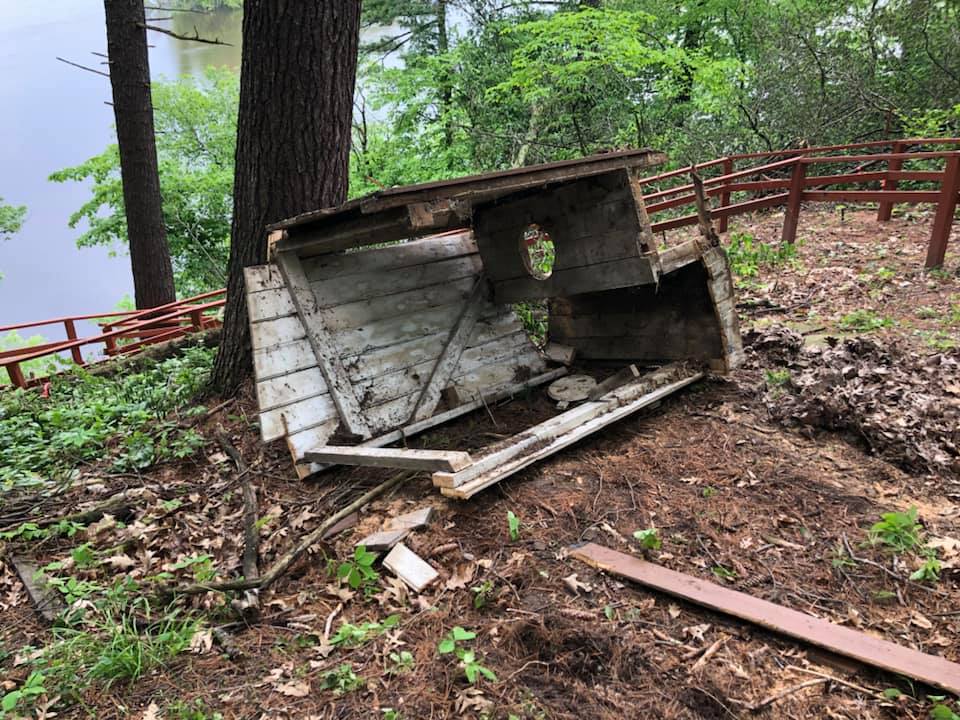 Once it was gone, the backyard looked even better! 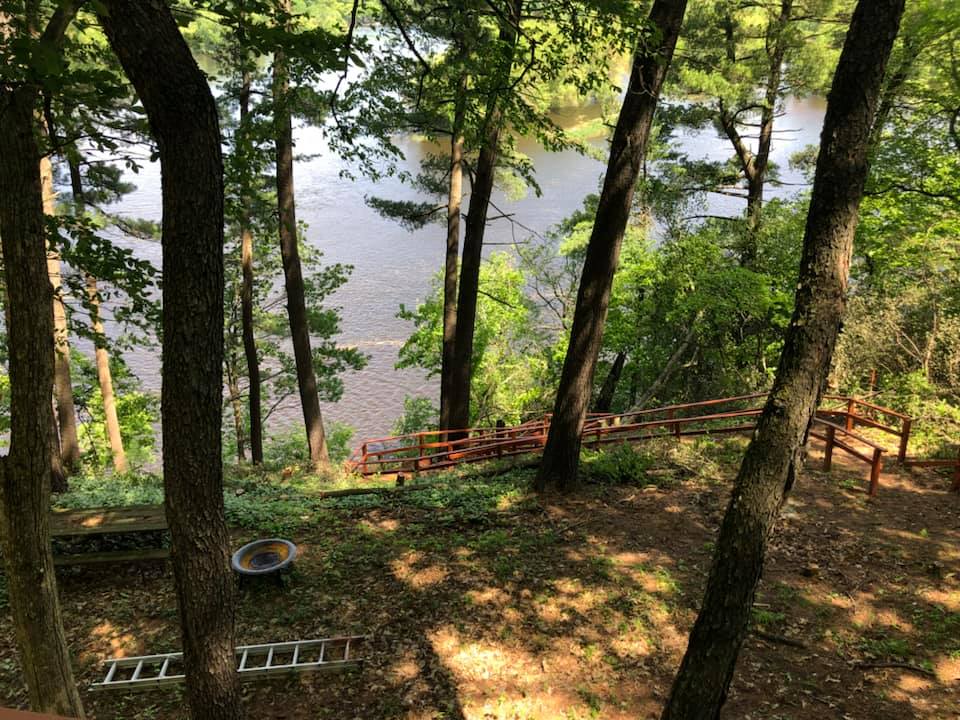 Next up was the boulders: 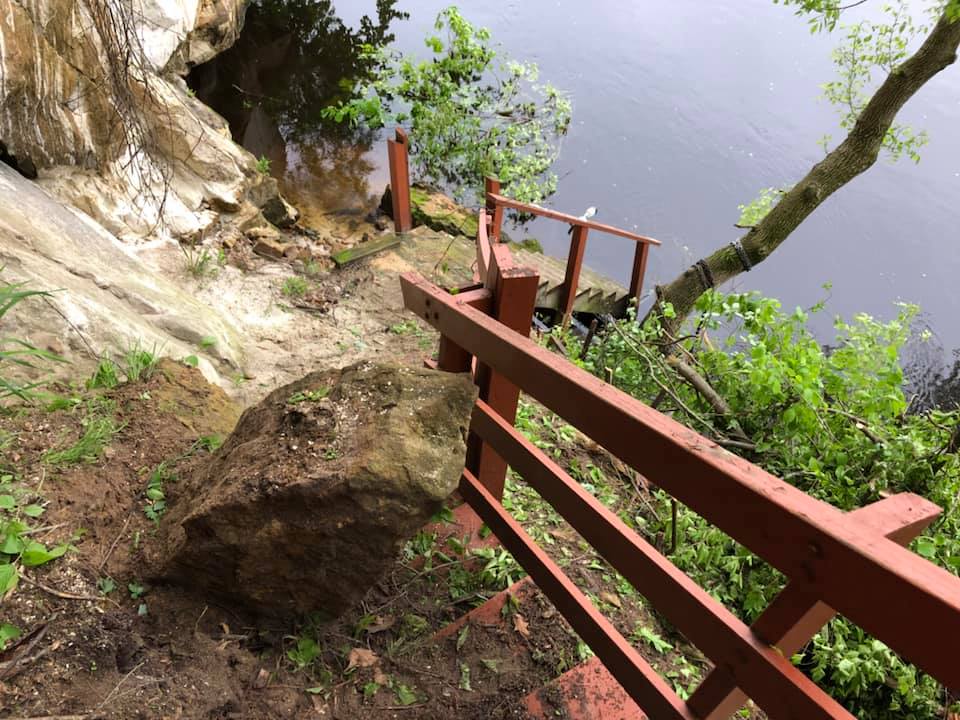 In theory, this should have been easy: stay above the boulders on the stairs and use a shovel as leverage to dislodge and roll the boulders down the hill, and let gravity do the work to take them into the lake. However, a moment of stupidity on my part made this much more involved. I didn’t have an easy way to get at the smaller of the two boulders, which was blocking the big one. So, without considering the danger fully, I climbed over in front of the boulder and worked to dislodge it. Things seemed fine, but as I moved it, the shifting weight of the boulder cracked the step that it was balancing on, and it started to fall towards me. I had to dive out of the way, and managed to mostly avoid the boulder, although I got hit pretty good on my right foot and fell onto some other rocks at the bottom of the stairs that tore up my legs pretty good. Diagnosis (after visiting urgent care): broken third metatarsal in my foot.

It was definitely a lesson to remember to always think about the potential consequences when working on projects, and especially when working with large and dangerous things like boulders or trees. I stayed off of the foot for awhile, and after it started feeling better I returned to the scene and finished off the last boulder: 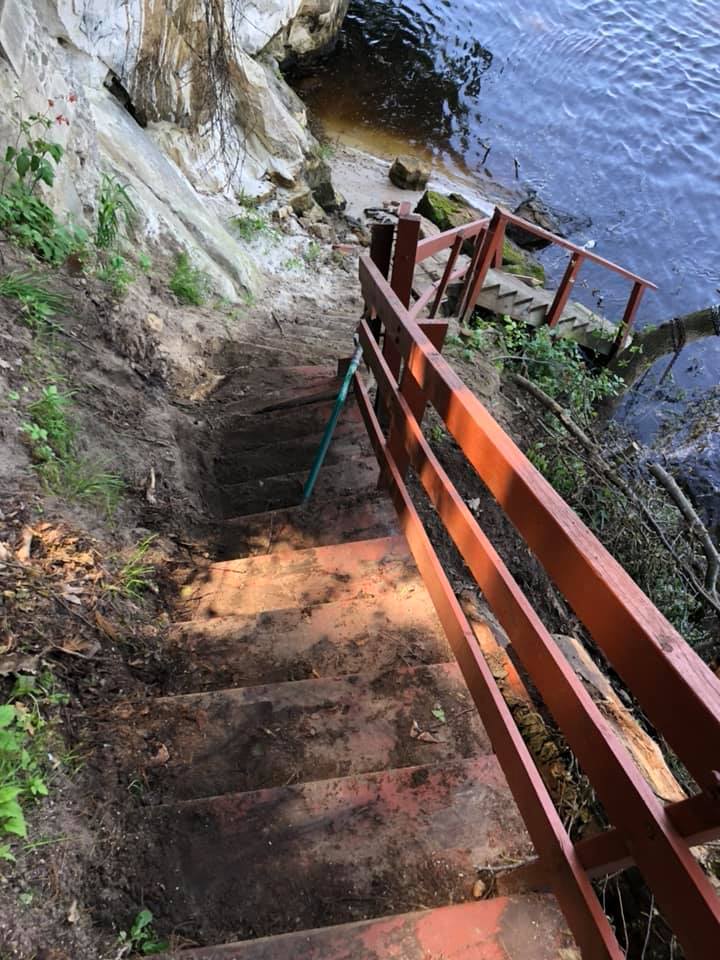 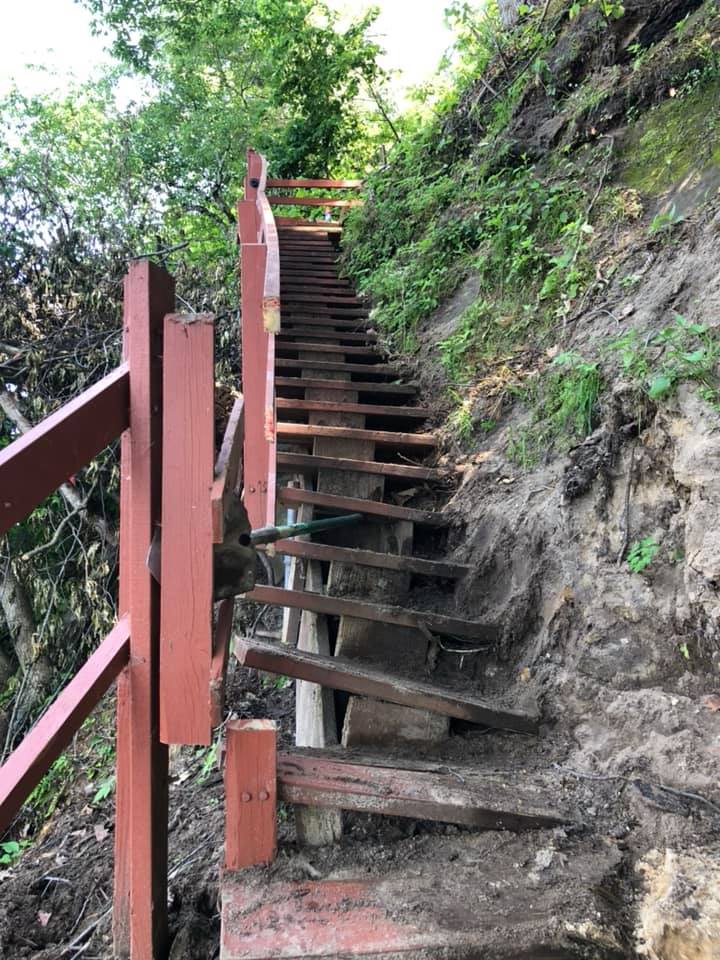 One thought on “Outhouse and Boulder Removal”