One small project I’d had on my to-do list for a long time had been replacing the front door of the house. The original door had been there since before I bought the house, and was pretty simple. In addition to this door, I also took the opportunity to replace the front door of the guest house and one of the side doors in the main garage.

For the front door, I purchased the same front door that I installed at the lake house. I thought it would be a fun tie-back to the lake house, and also fit with the style of the main house, especially after the new flooring was installed. 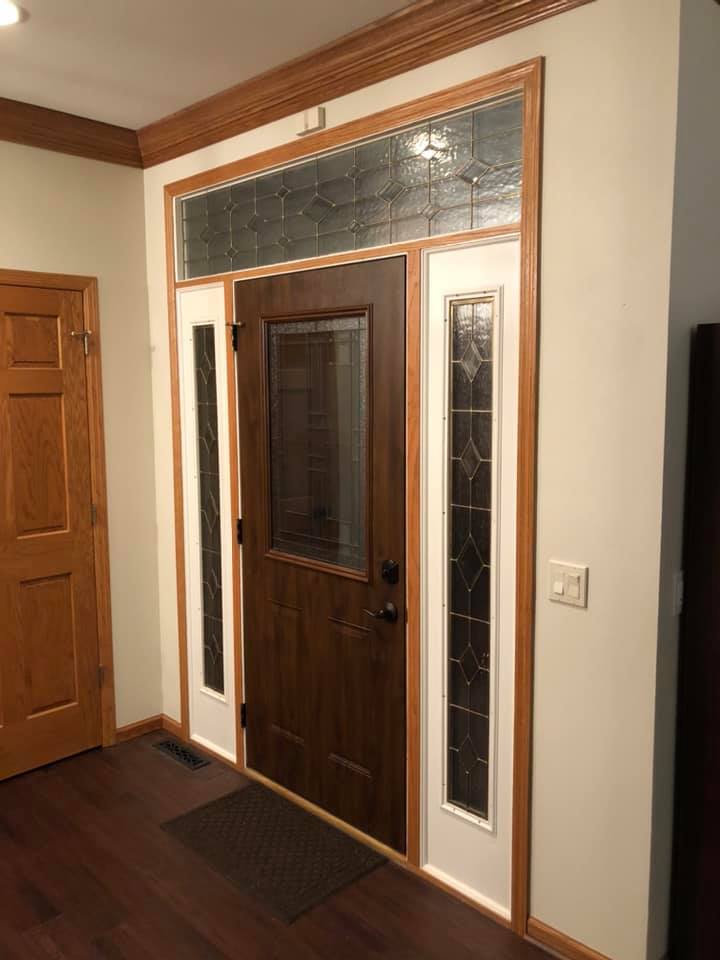 After installing the door, I painted the small frame around the door brown. I also painted the white panels to the right and left of the door, as well as above it, to match the taupe color of the walls. 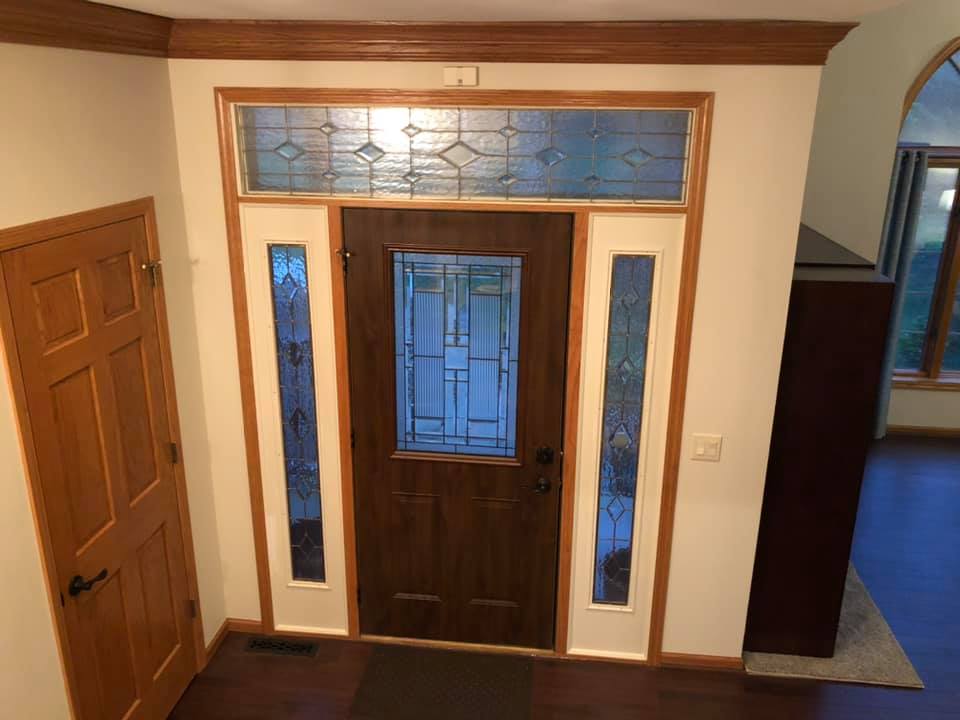 Since that turned out so well, I bought a third copy of the same door for the guest house. Now all three houses have the same door, which is kind of a fun inside joke.

Last, I replaced the side door in the garage. The previous door had been kicked in at some point, presumably when the house was foreclosed on before I bought it. It was in rough shape, and so replacing it with a new door was a huge improvement.

One challenge I encountered while installing the guest house and garage side doors was that the previous doors had hinges in non-standard positions. I had to use a router, with a door hinge kit, to cut new hinge positions in the doors.

Once the new hinge positions were cut, it was easy to mount the new doors in the old frames.