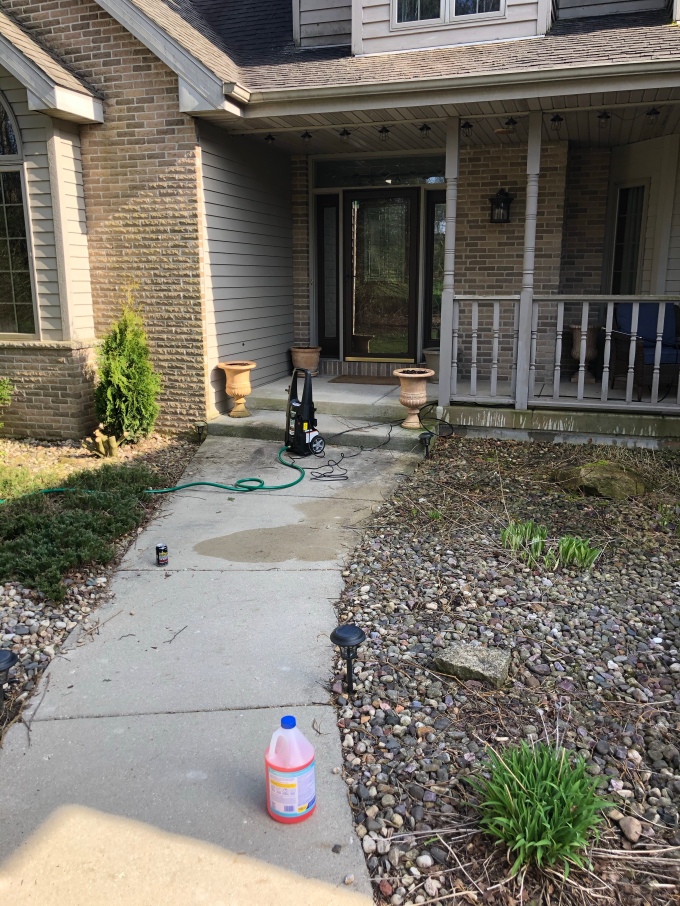 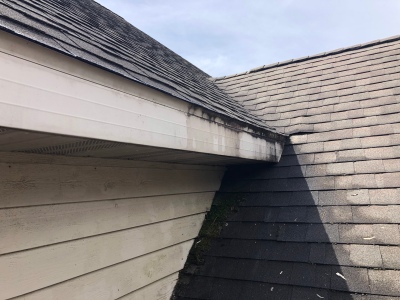 The end result was a significant improvement, and was more noticeable than I expected it to be. 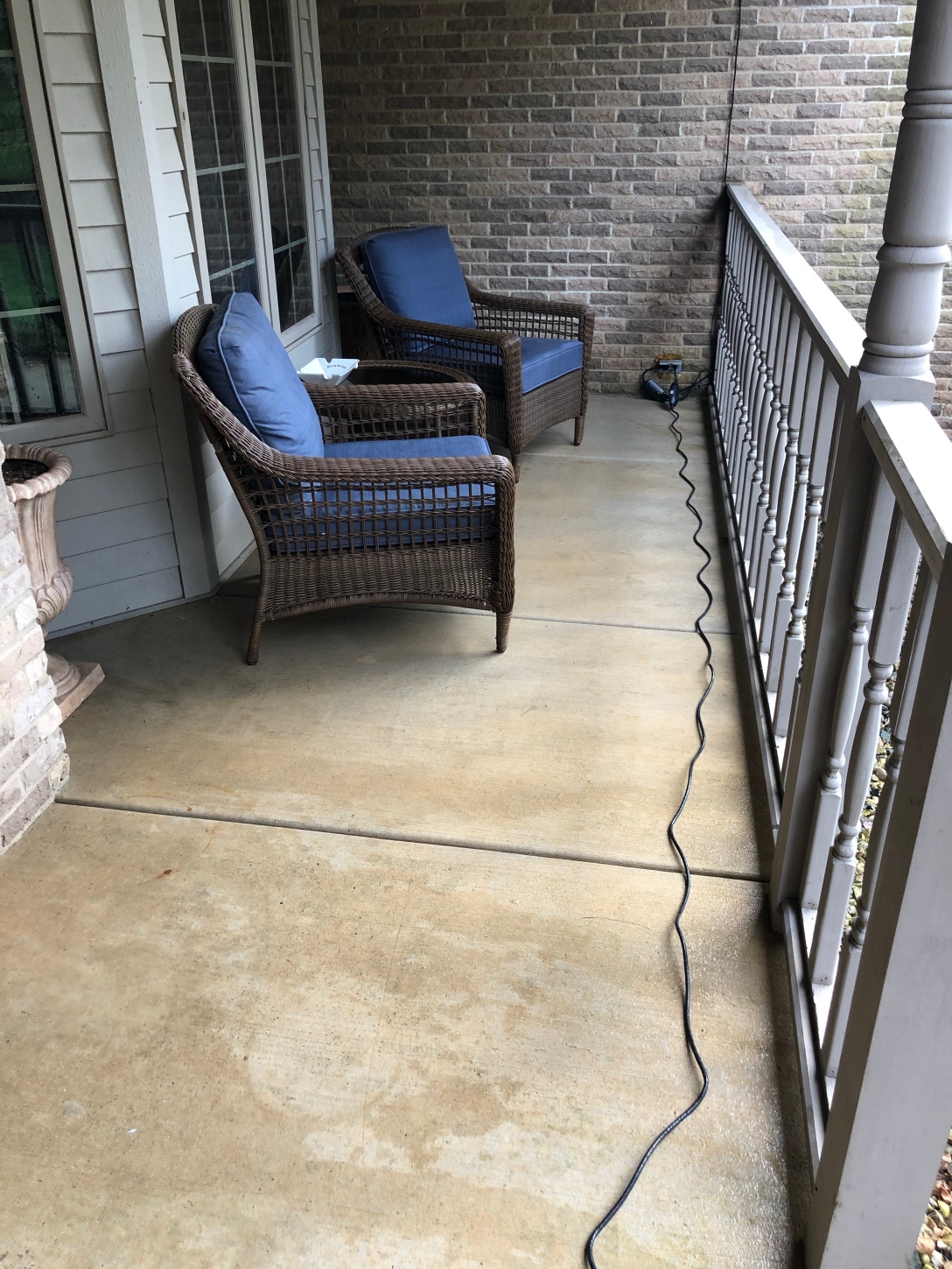 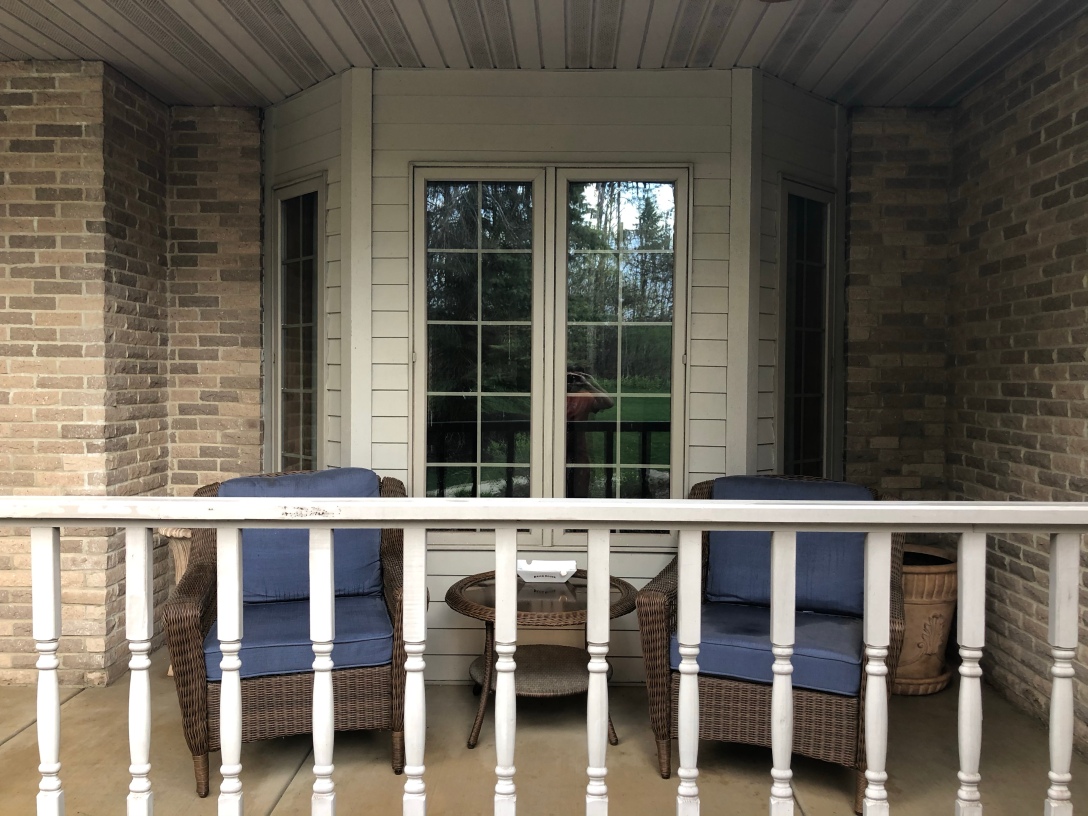 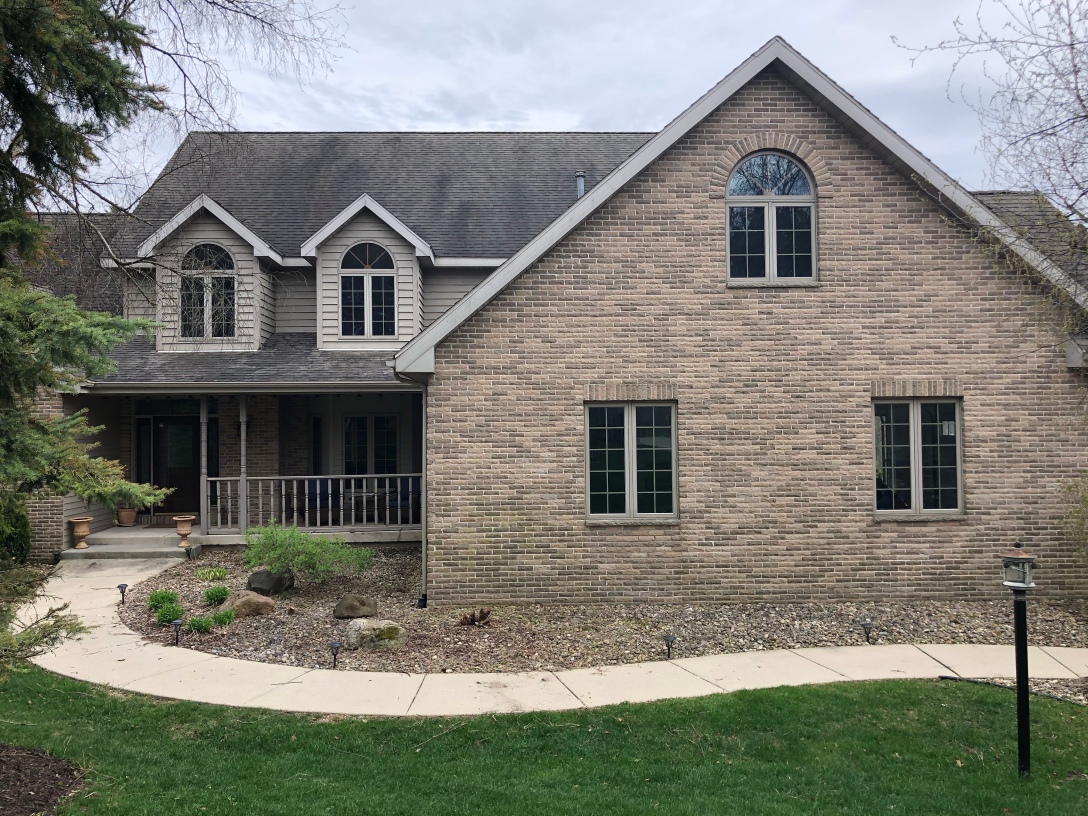 After that was done, I moved on to other areas of the house. In particular, the back of the house (near the library on the lower level and the sitting room on the main level) had a lot of green algae build up, that was really easy to remove from the vinyl siding with the power washer. 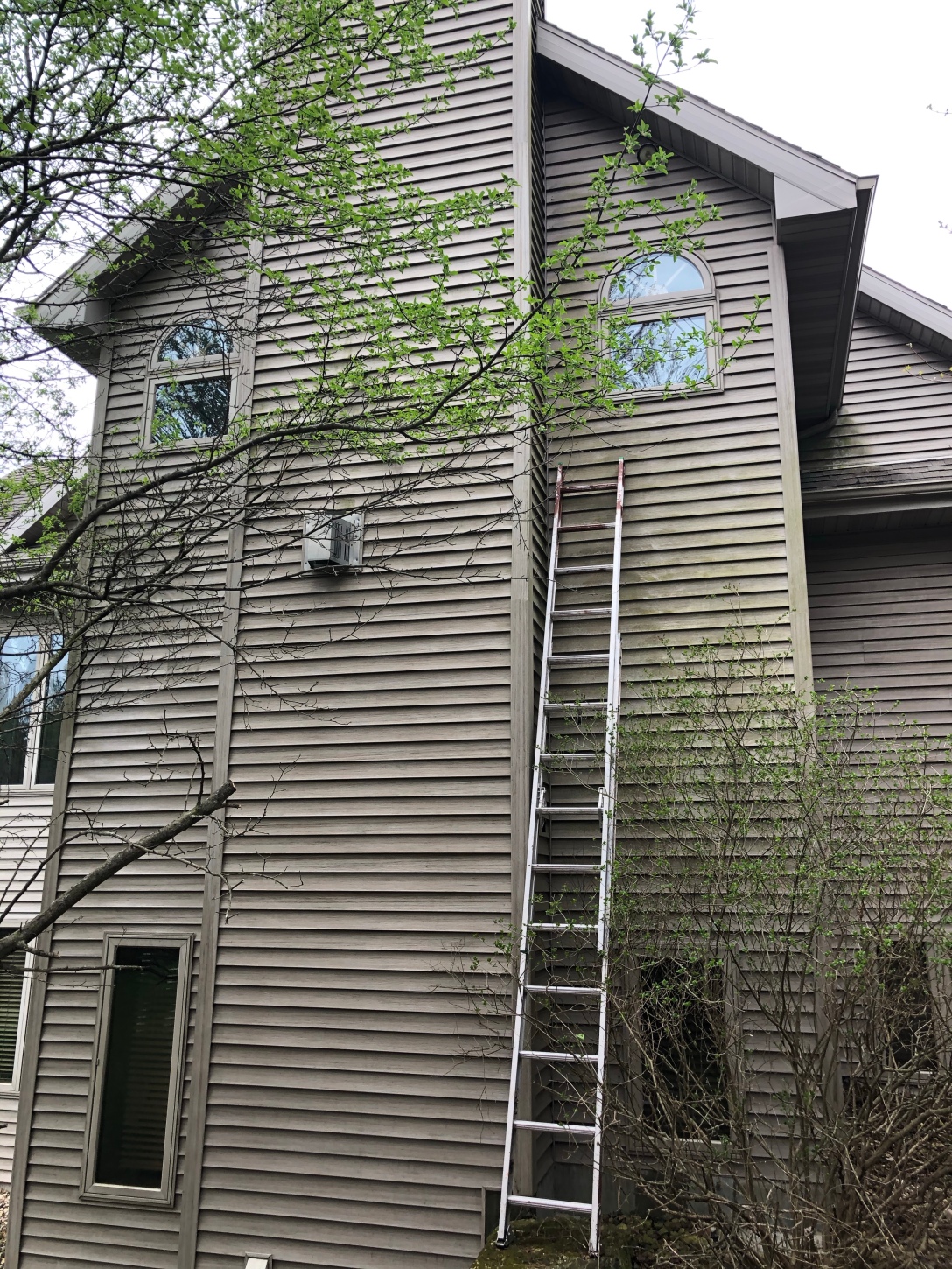 When I was washing the siding, I made an interesting discovery: I found a large hole in the ground right along the foundation, that I believe has been responsible for some of the seepage flooding the house has experienced a couple of times over the past few years. 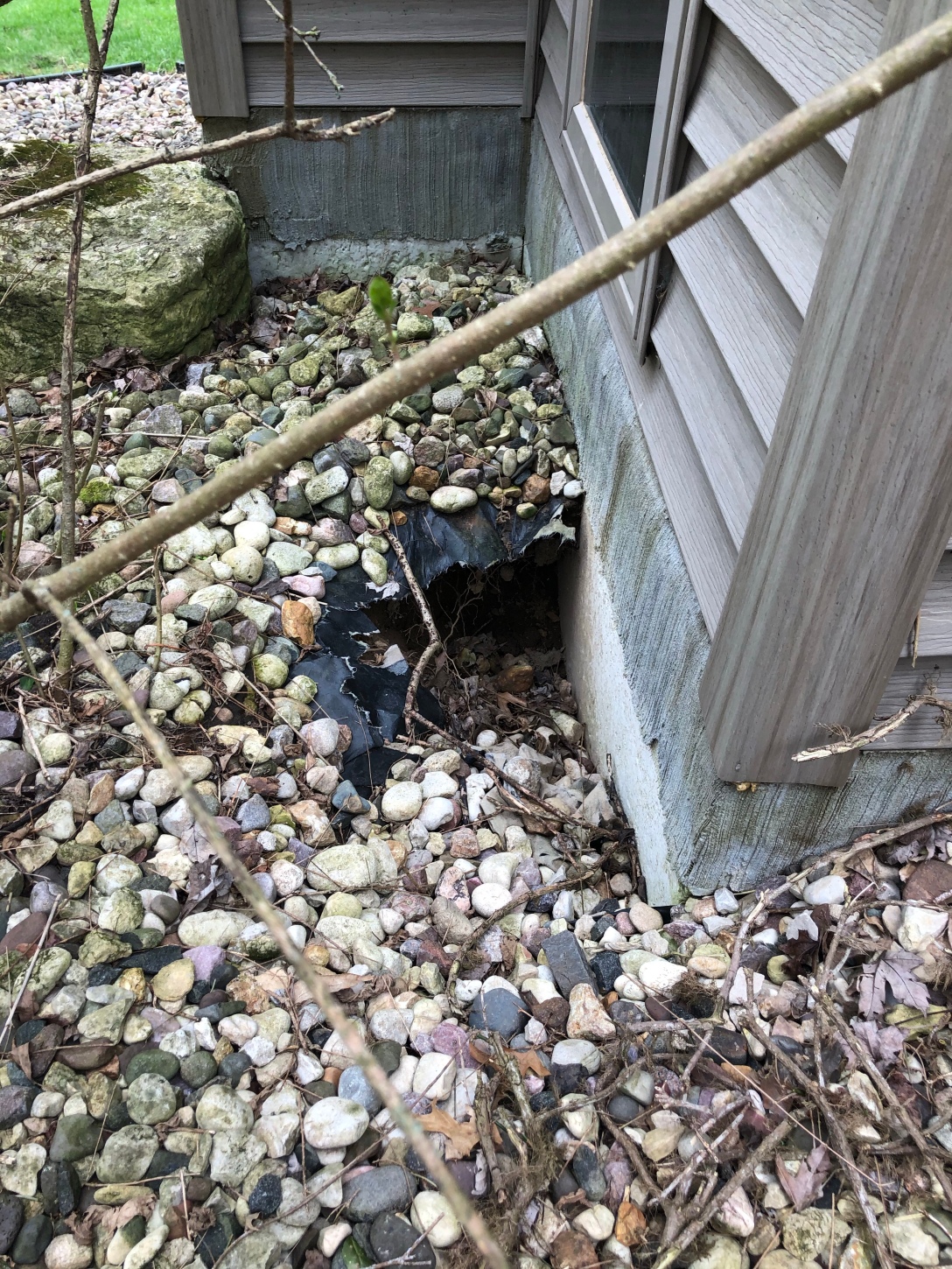 I’m not sure if it was caused by natural erosion or was burrowed by an animal, but regardless I filled it in with dirt, which hopefully will help stave off future flooding.