In addition to interior design improvements, painting, and flooring, my other summer project at the lake house has been constructing a fixed deck platform down by the dock. The motivation for the project was to have a place to sit down by the water, with easy access to the beach, that is less volatile and prone to issues than the dock. The new deck platform is made of wood with concrete anchors, and is on level with the last stair landing area before the final stairs down to the dock. This means that it’s above the highest water levels ever seen in Lake Wisconsin after the lake was dammed in the 1930’s, so it should be safe from Mother Nature.

The first step was to set the main posts for the deck, anchoring two of them to the old platform and two of them to concrete feet on the rock next to the cliff and the beach. 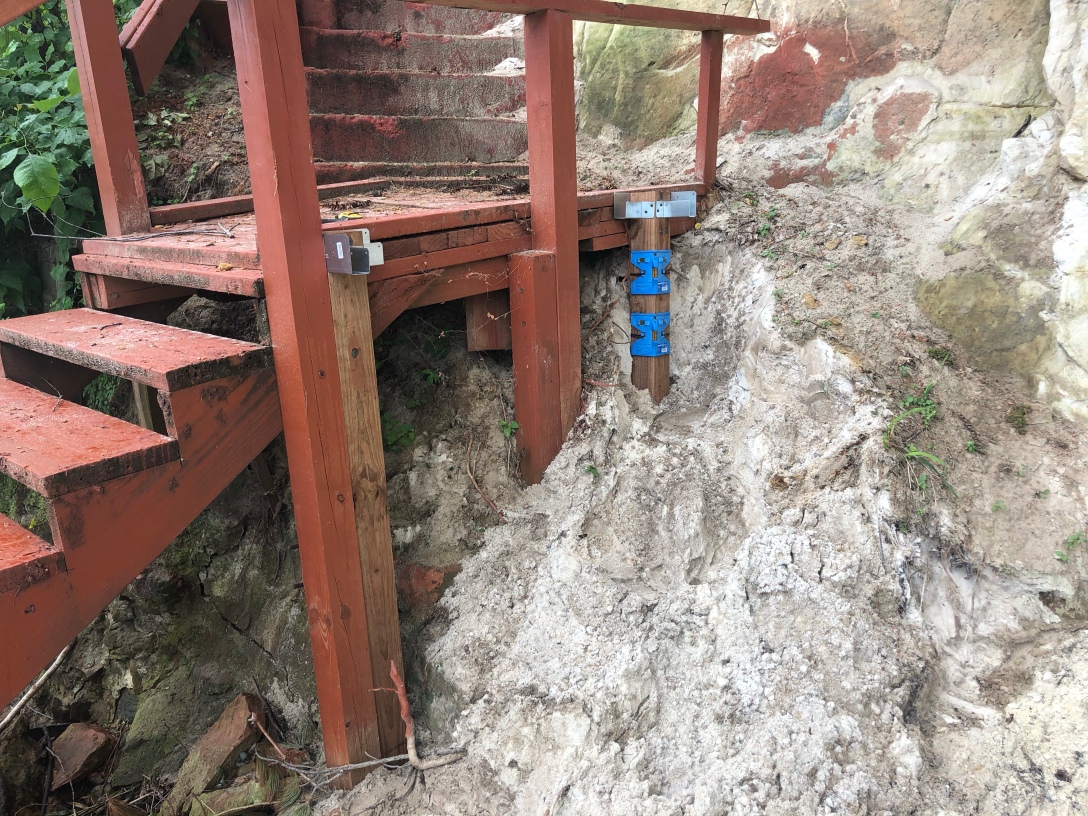 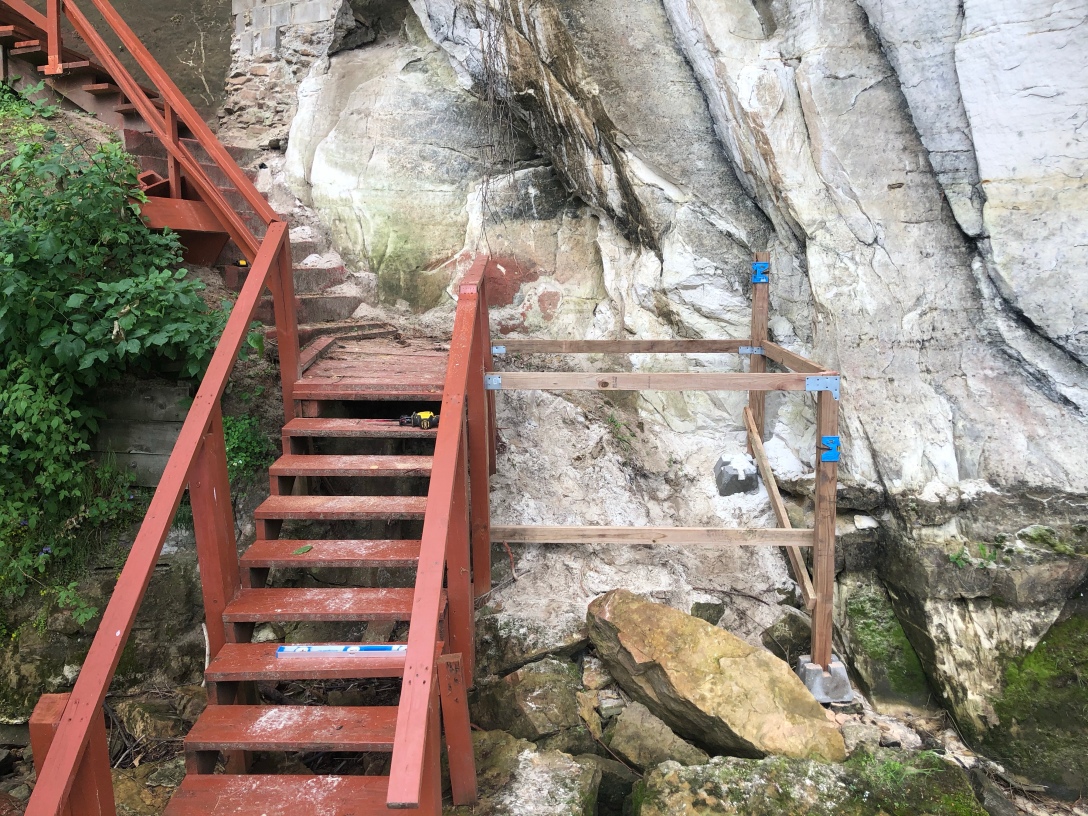 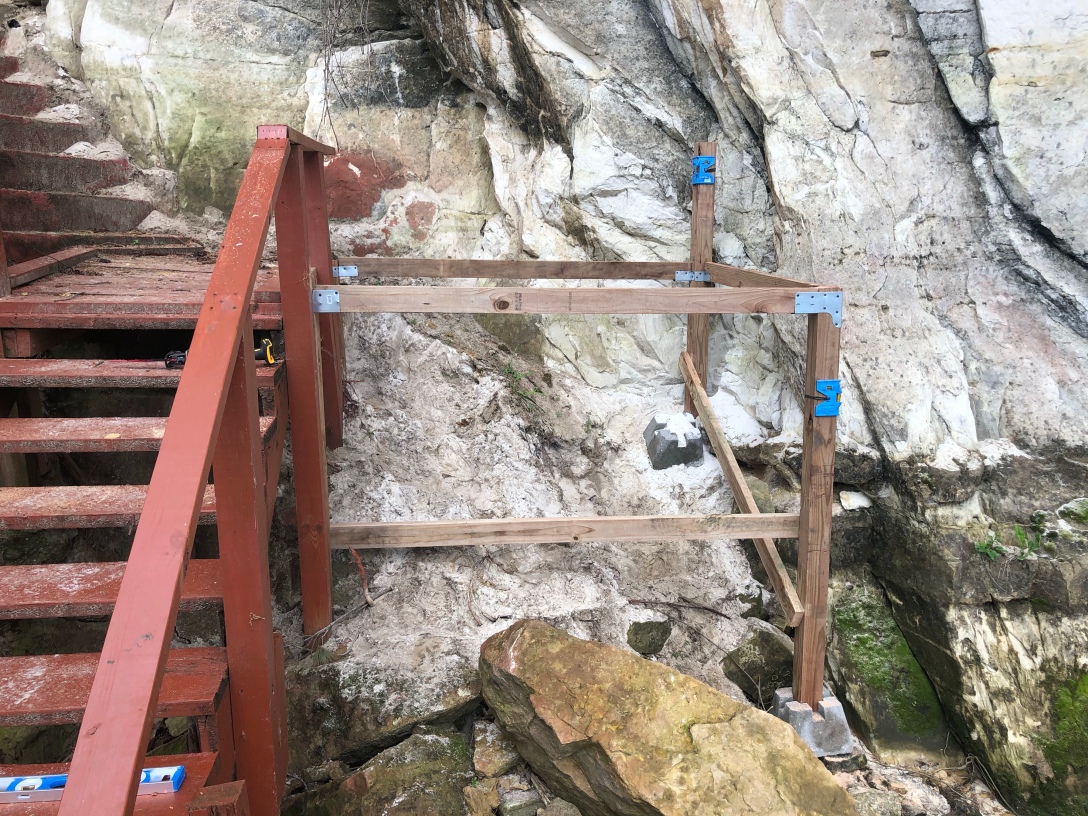 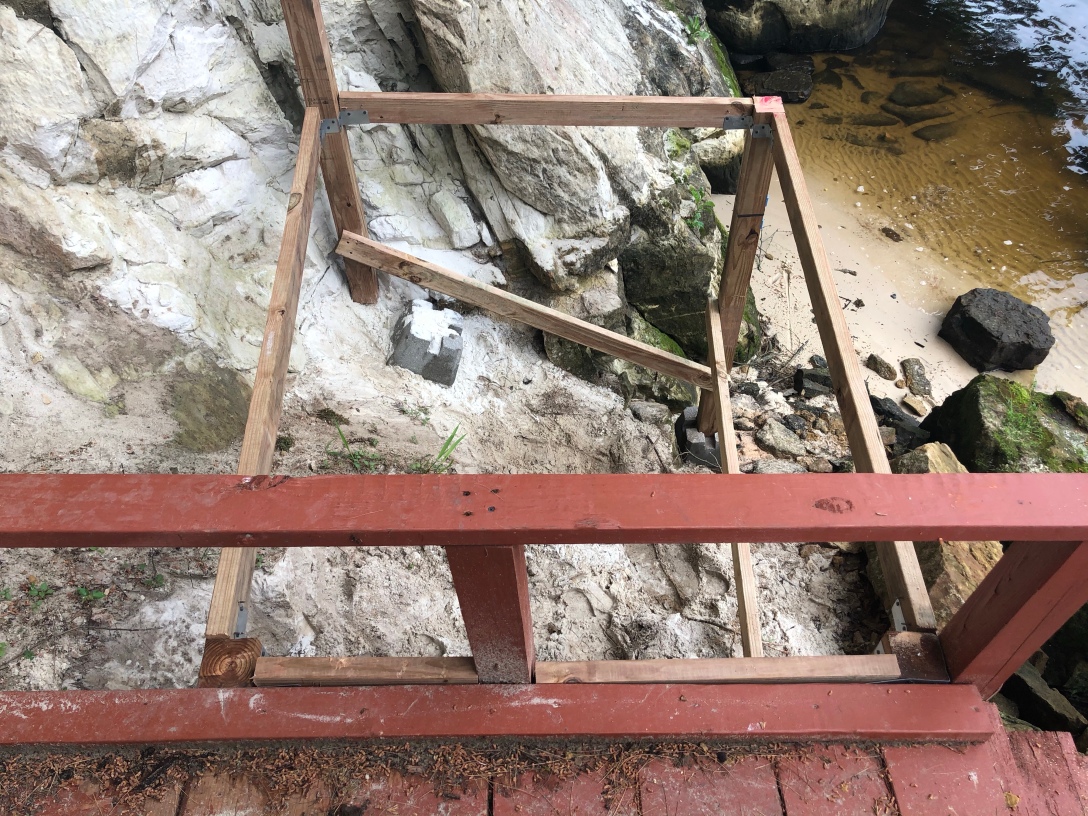 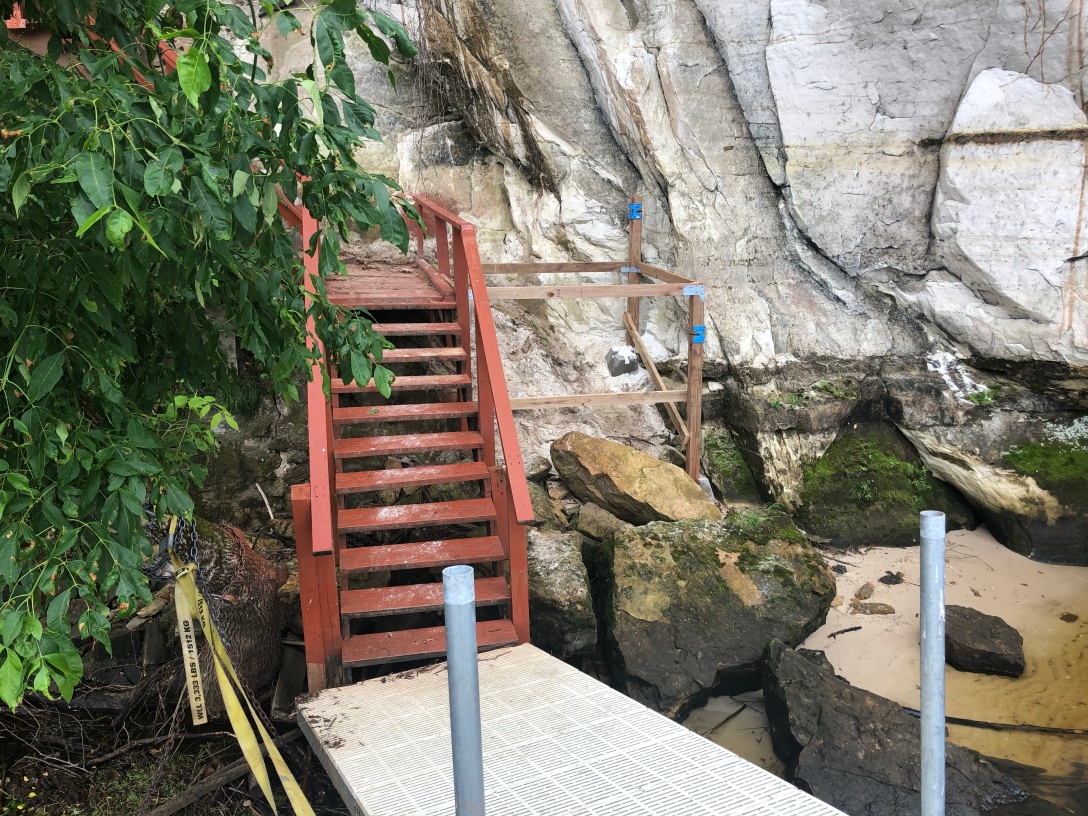 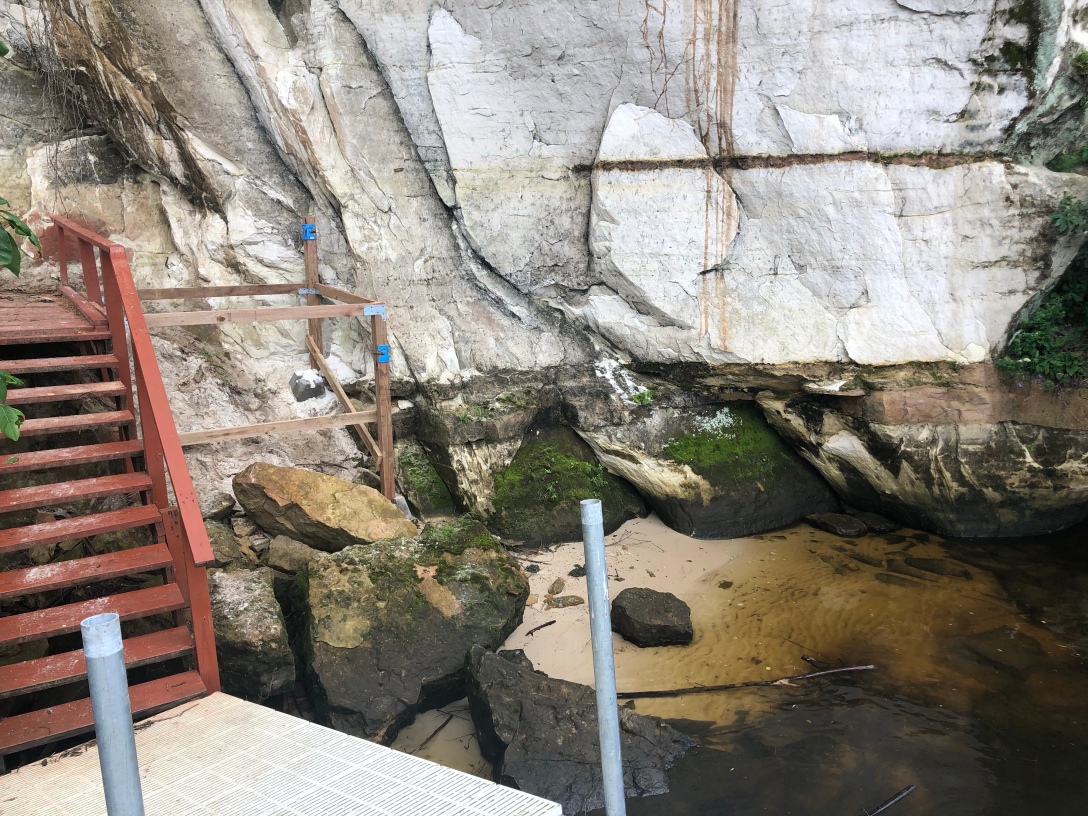 After that, I poured additional concrete and added the rest of the load bearing structure, built from treated 2×6 boards. 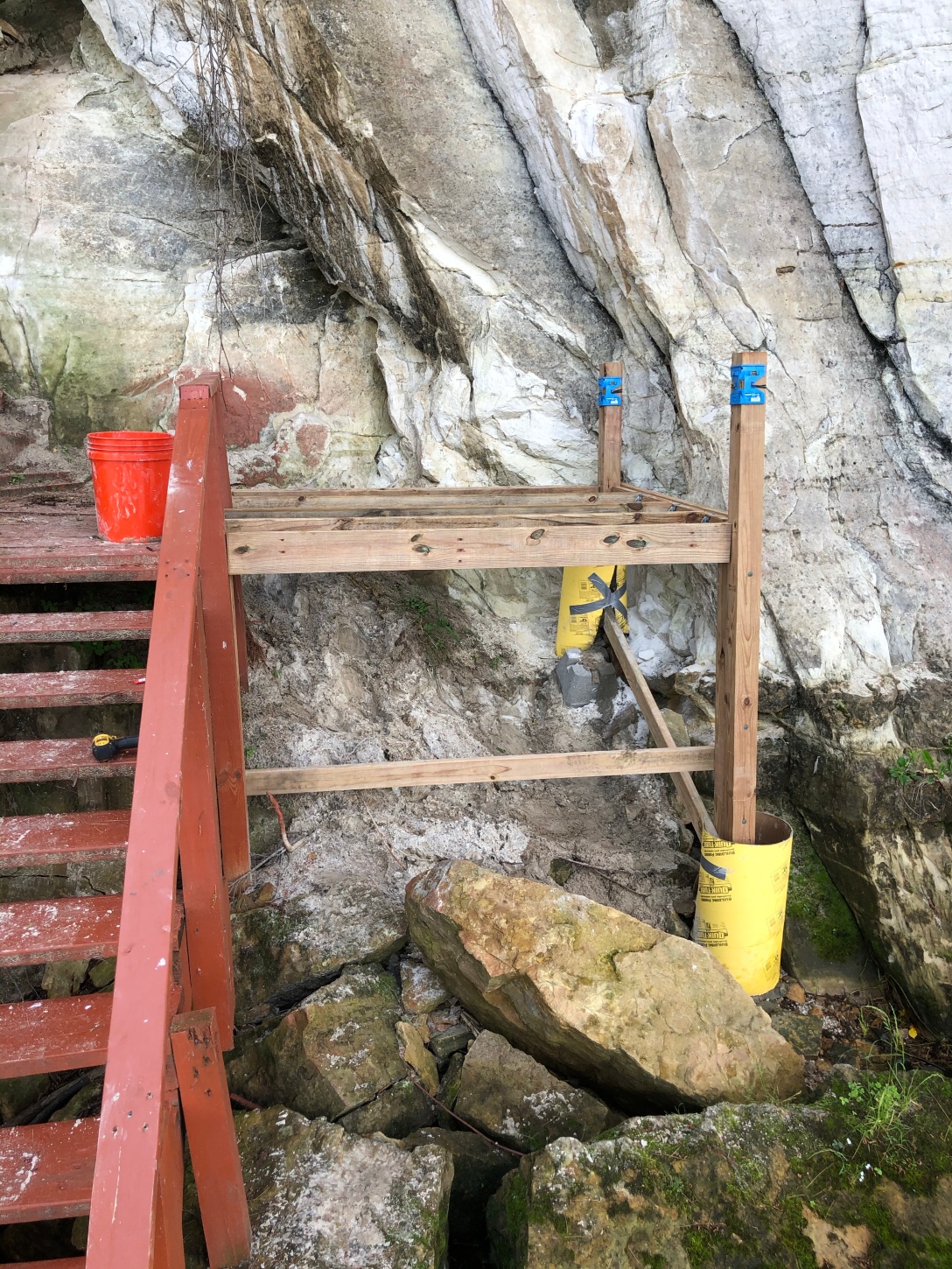 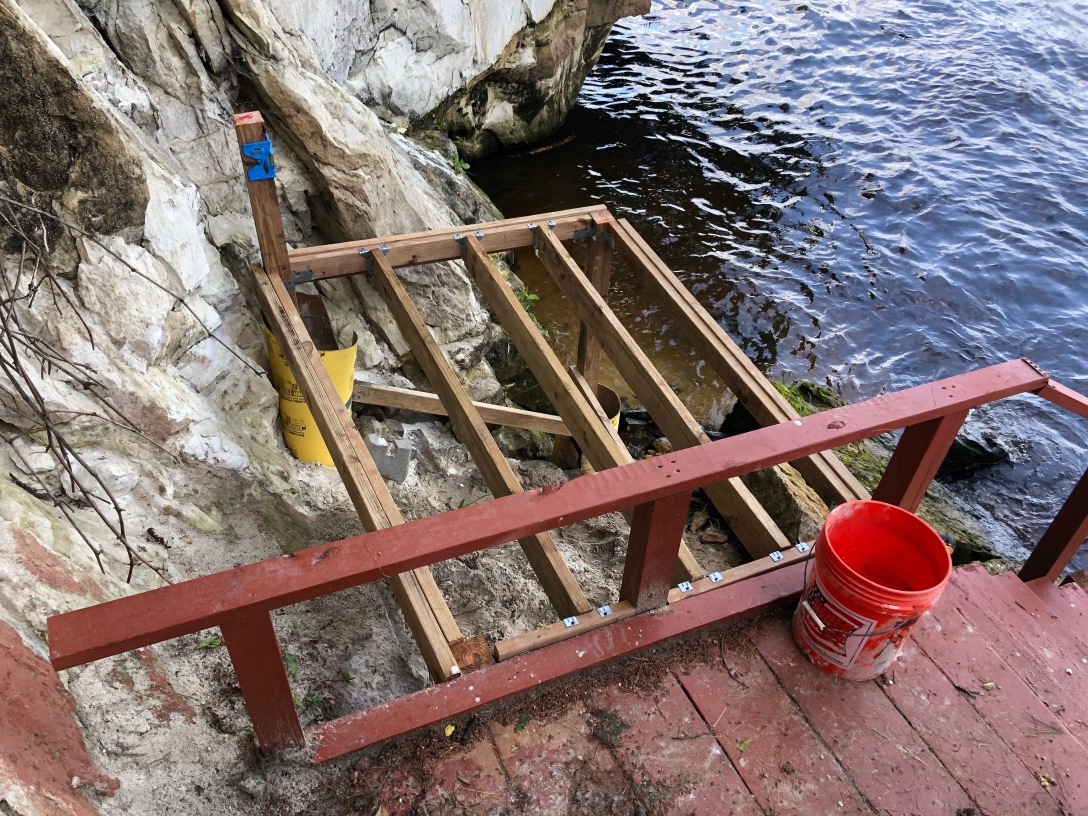 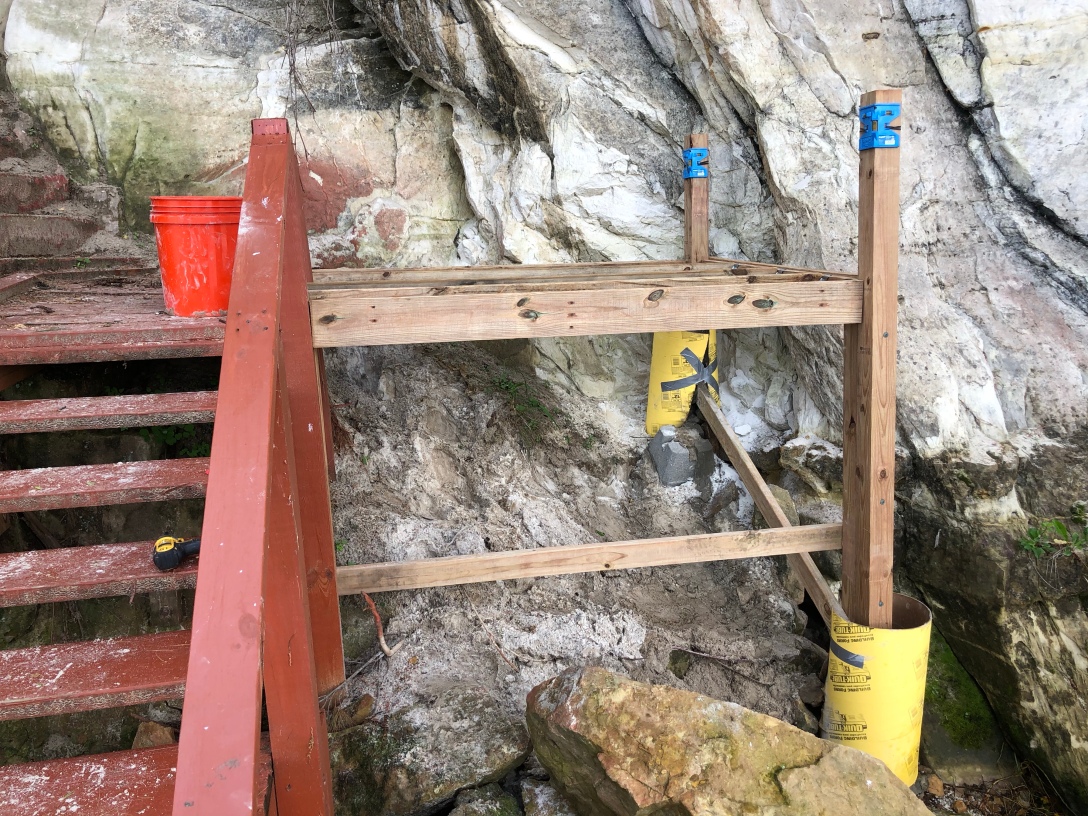 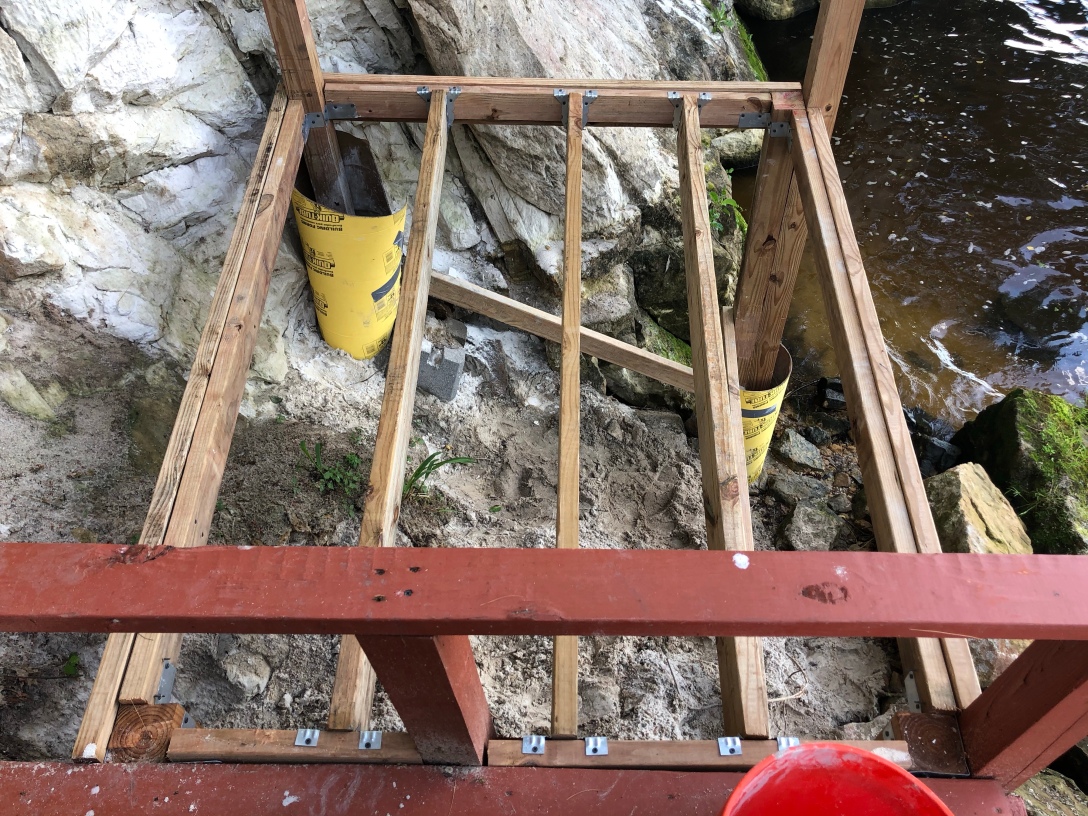 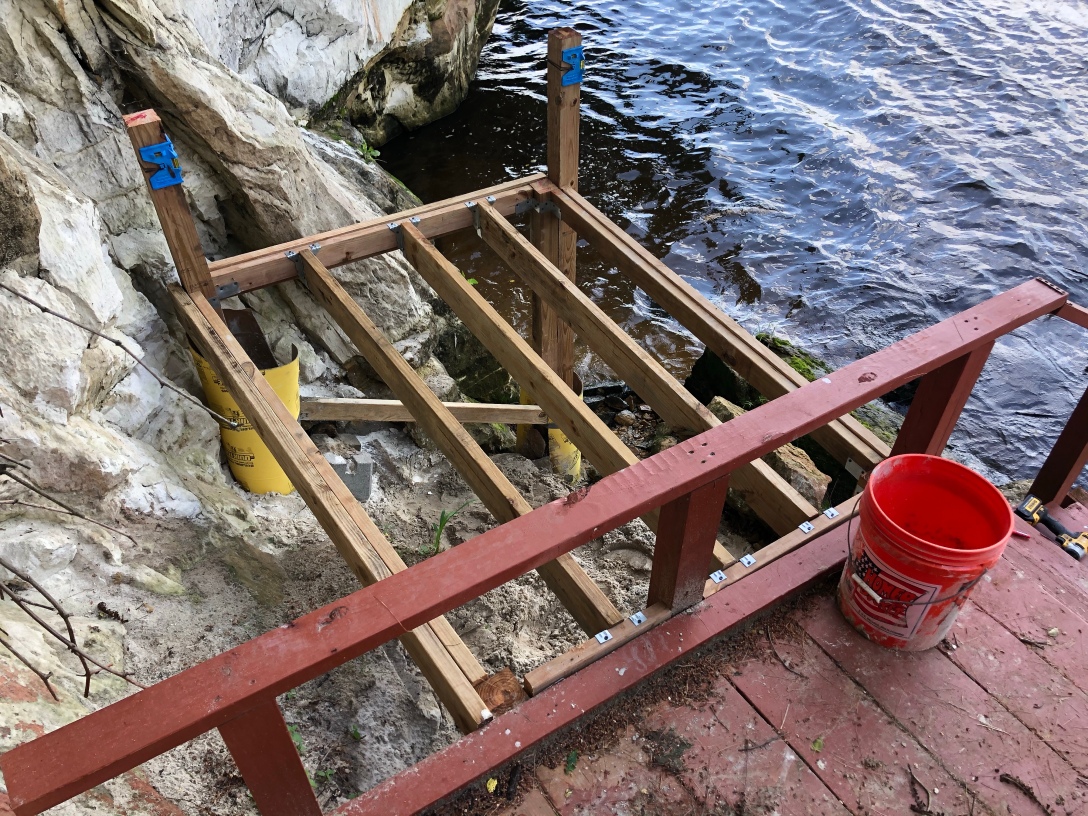 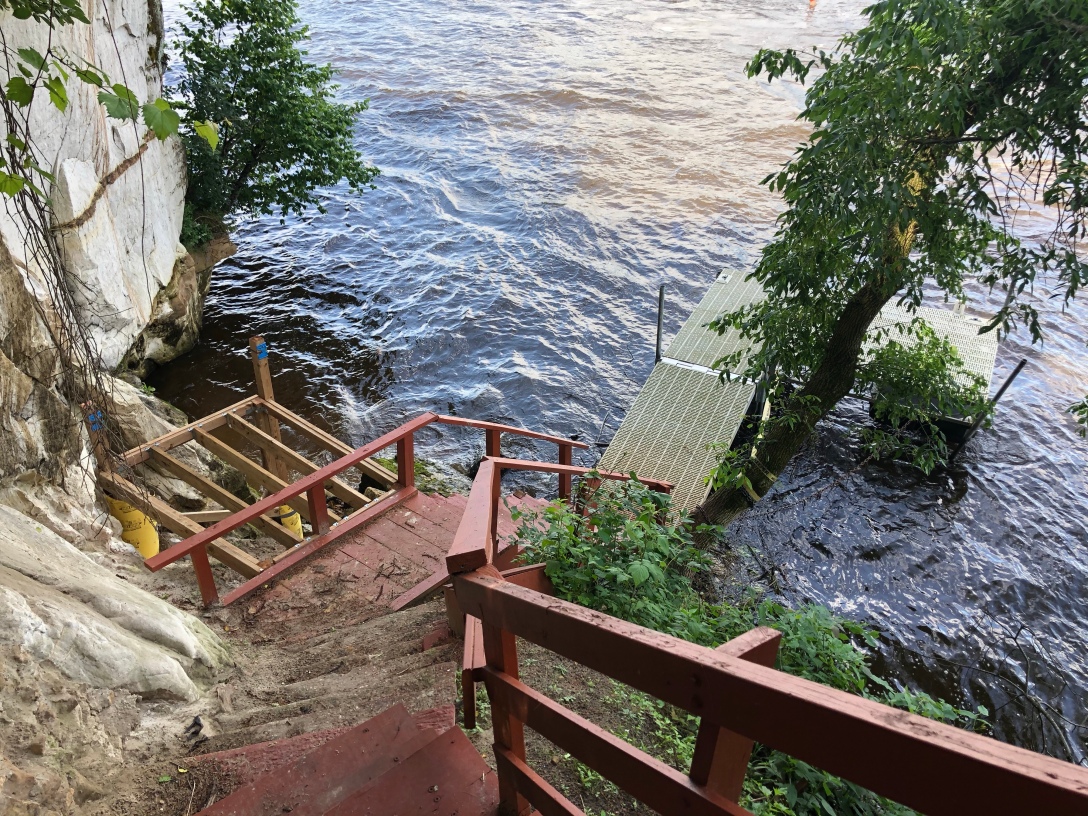 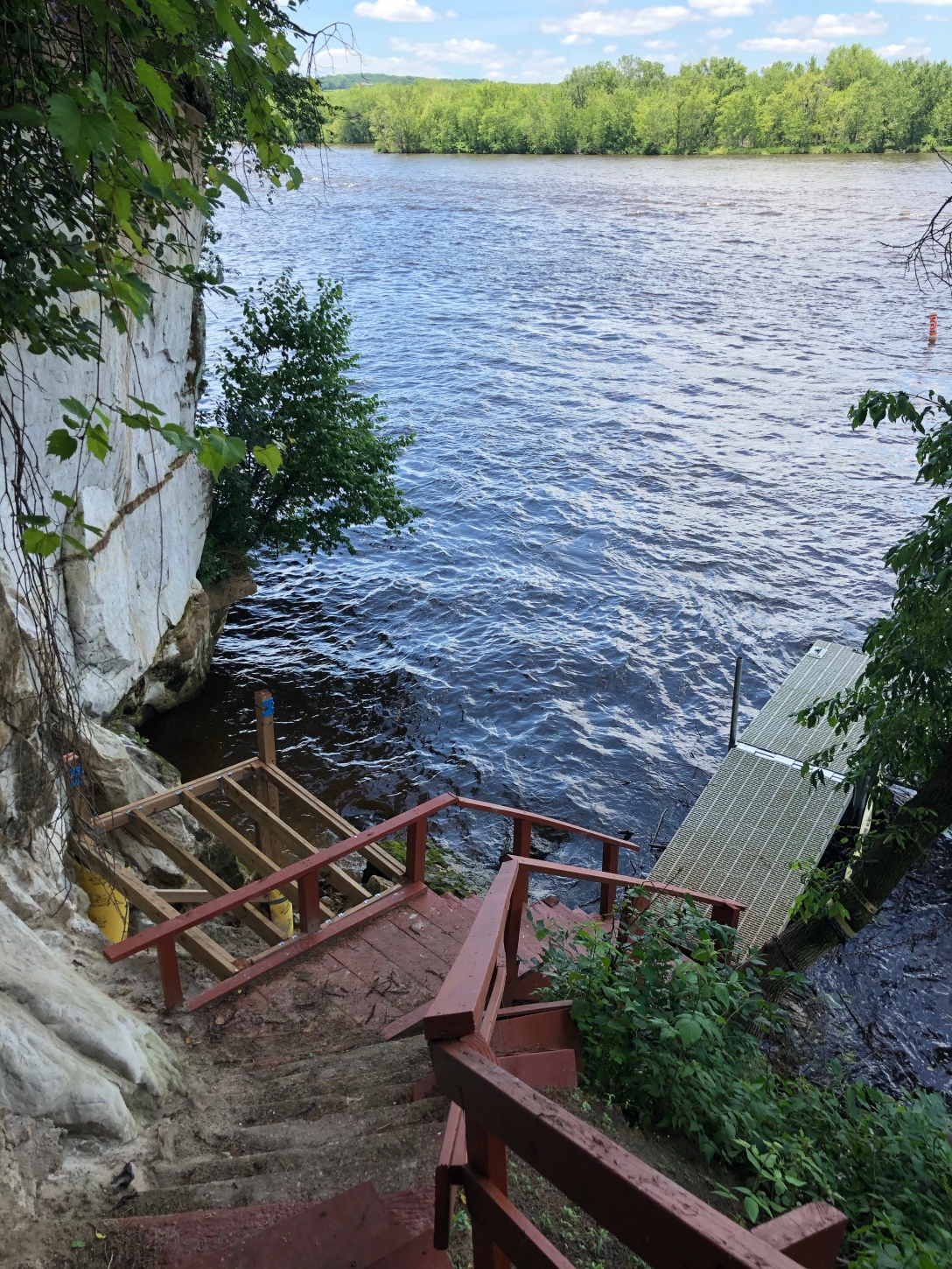 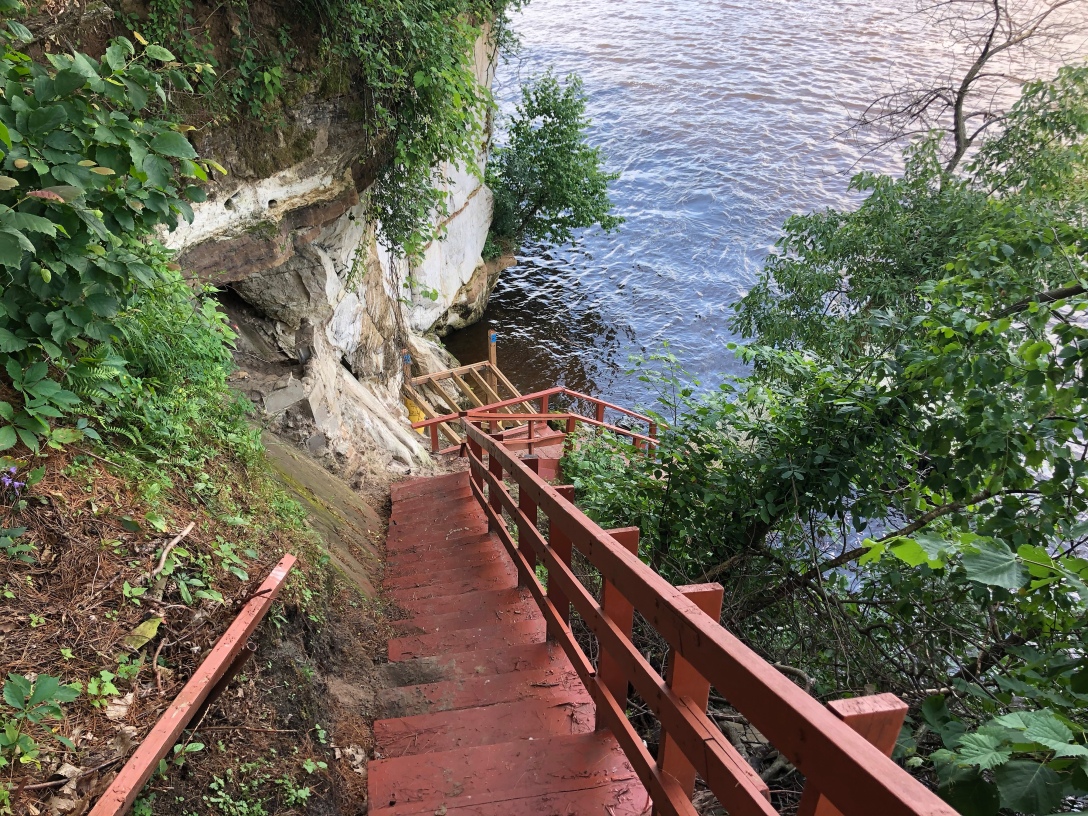 The following weekend, I installed all of the deck planks and started building the railing. 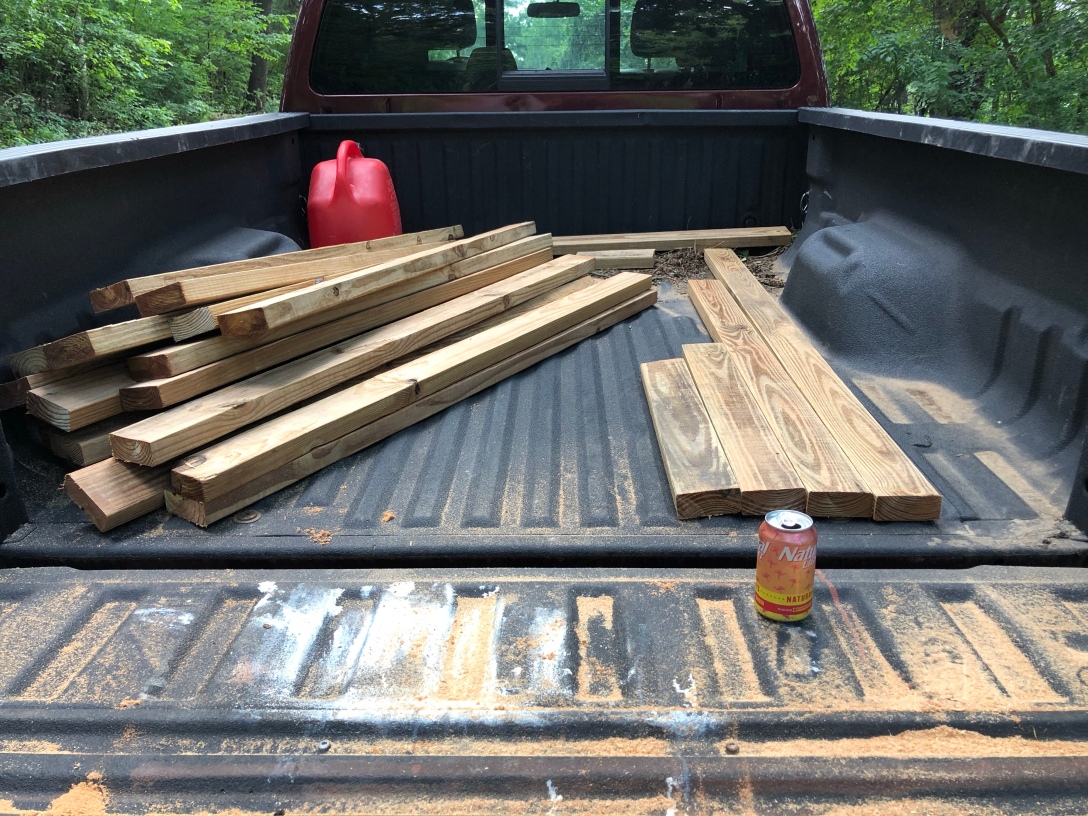 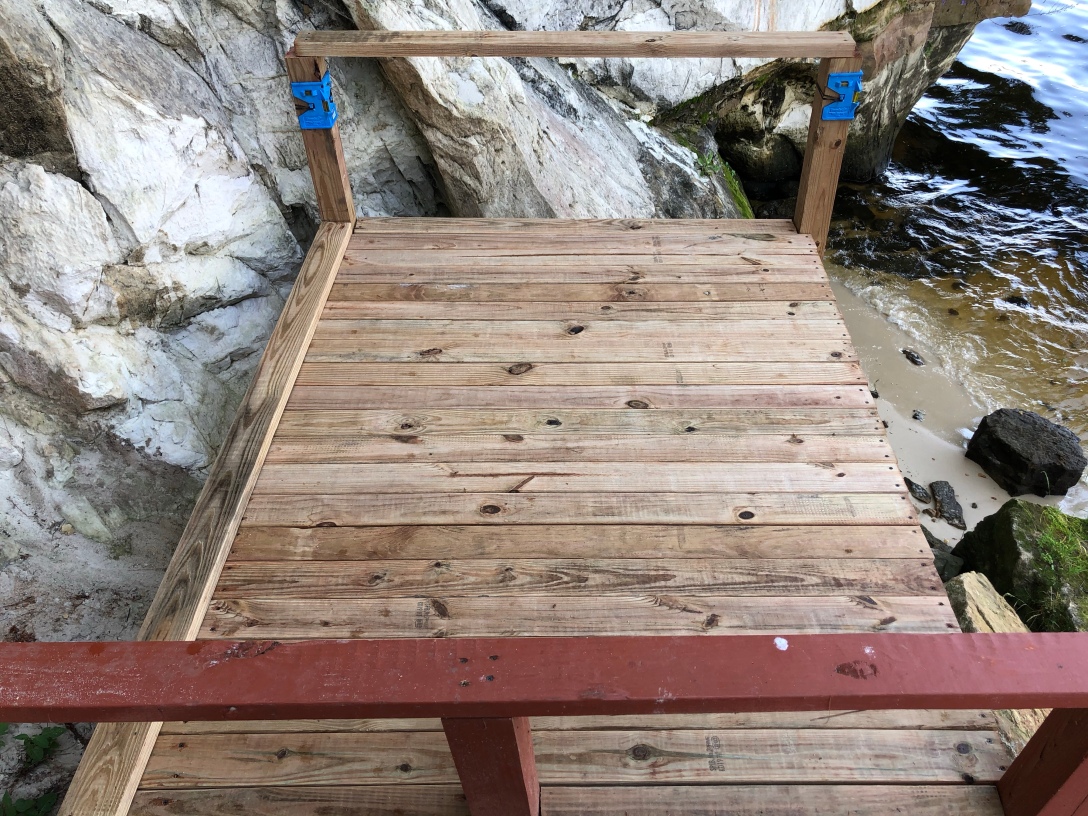 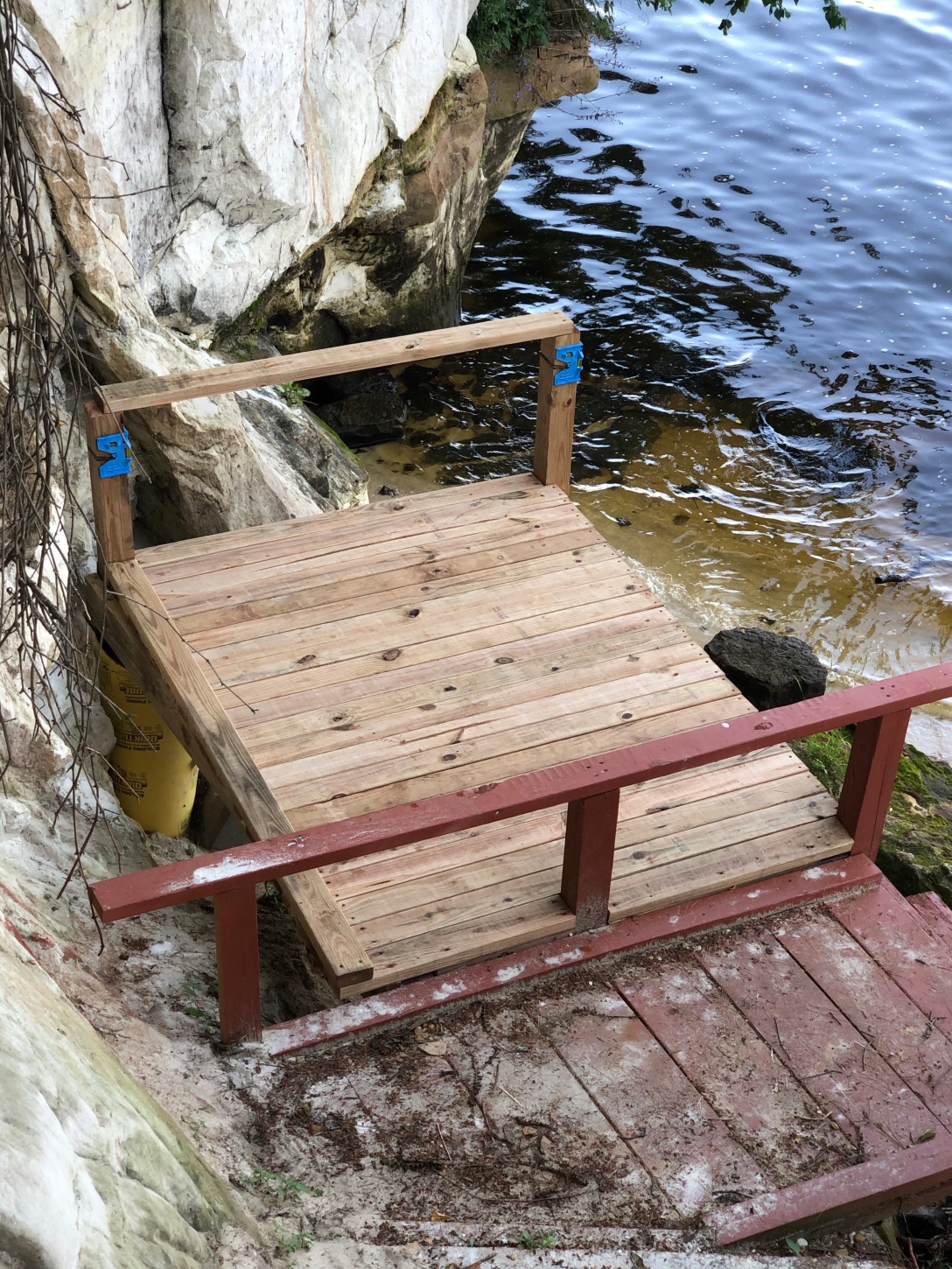 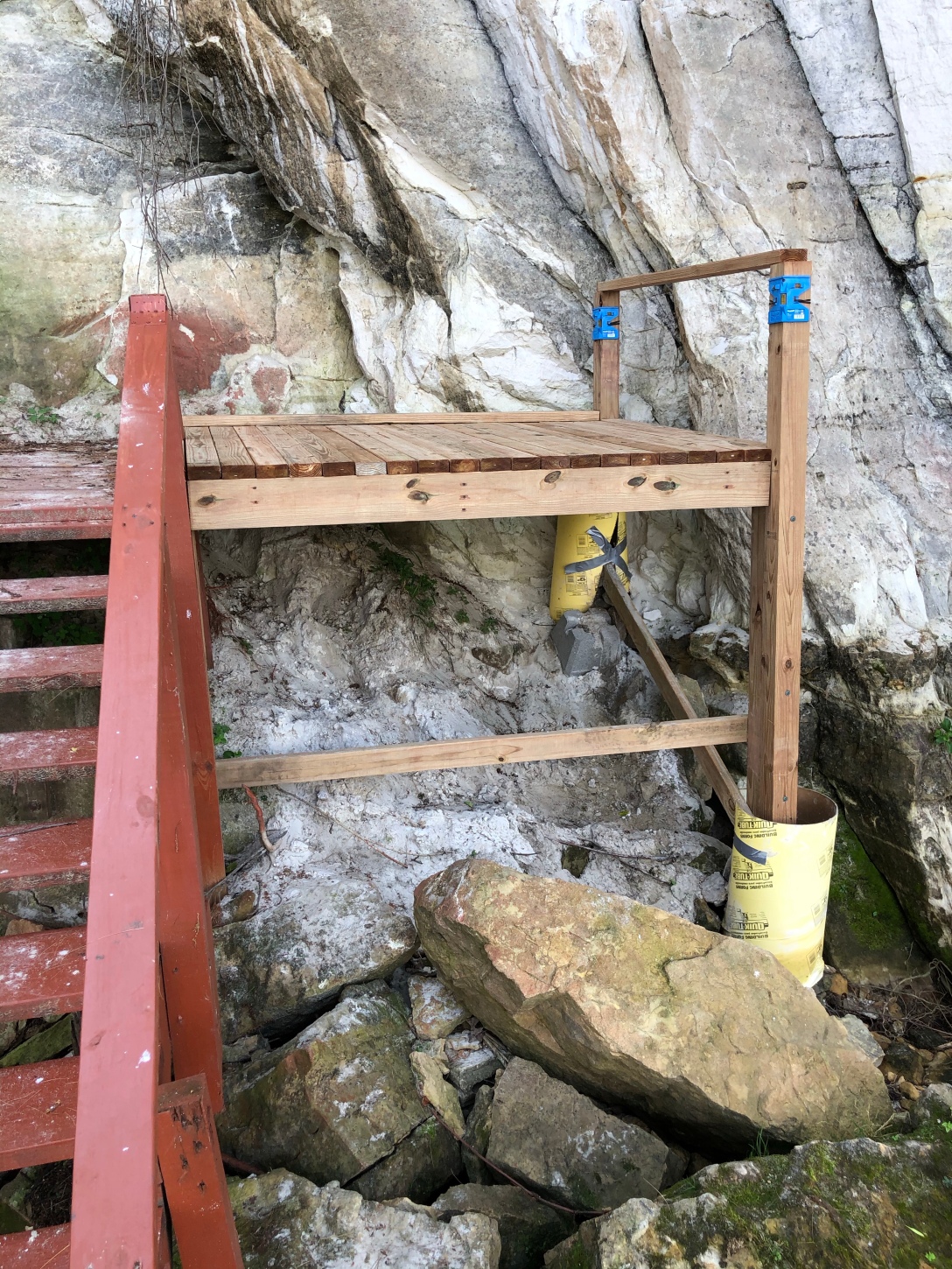 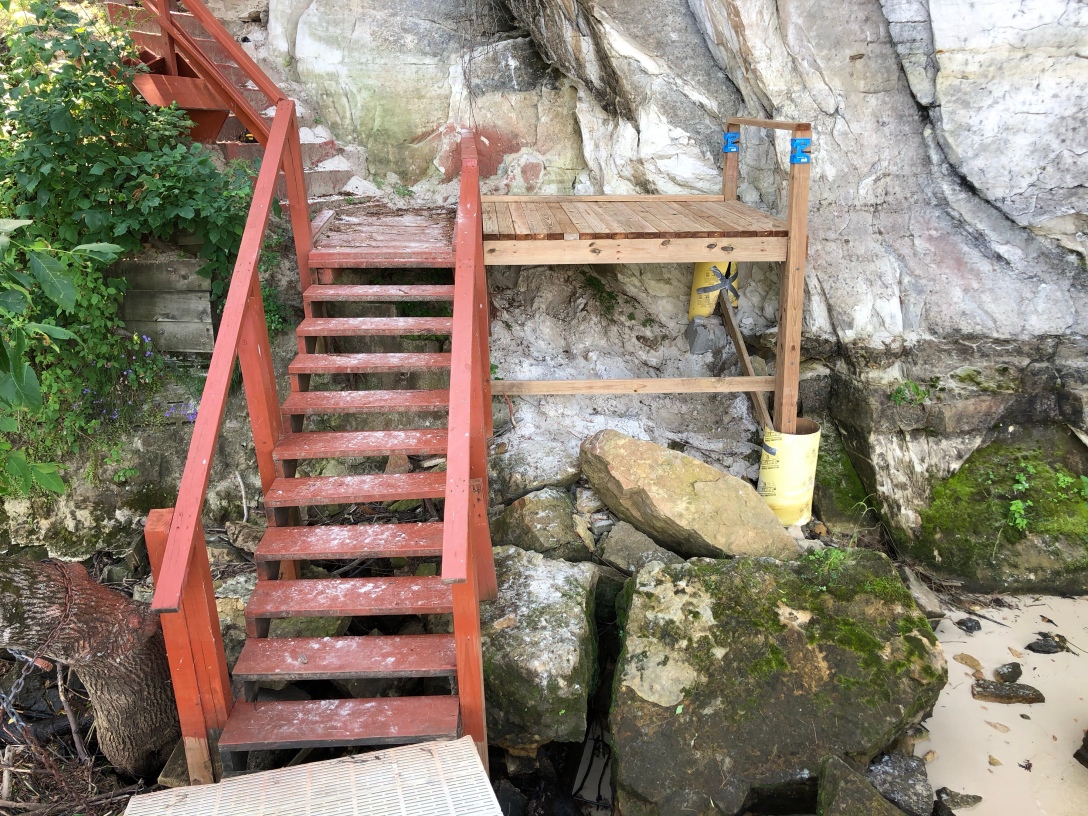 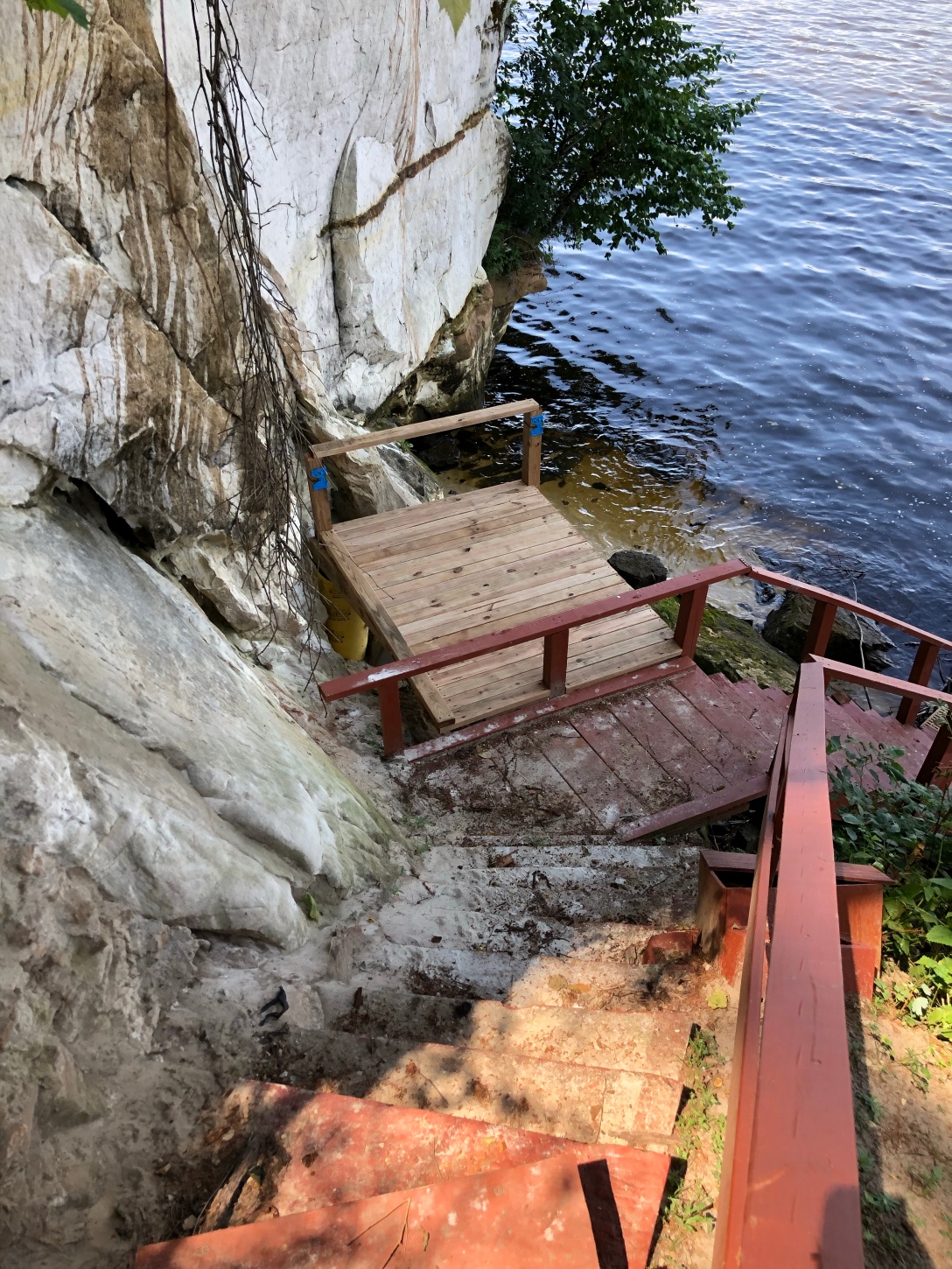 It was hard, hot work in the middle of summer heat and humidity carrying all of the concrete and wood down the stairs, but having a new lightweight pistol grip circular saw that could chew through the 2×4’s using battery power made life a lot easier. 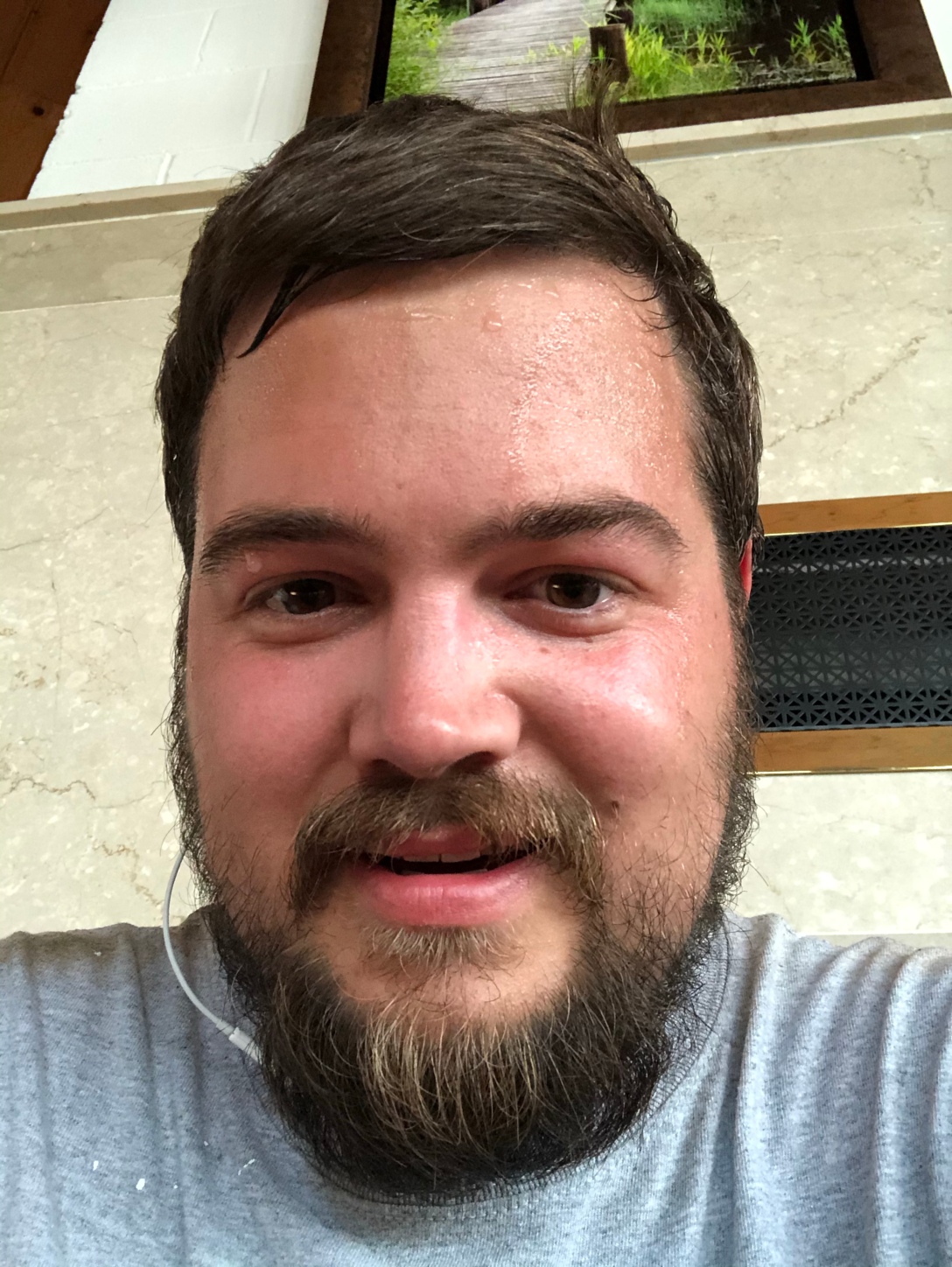 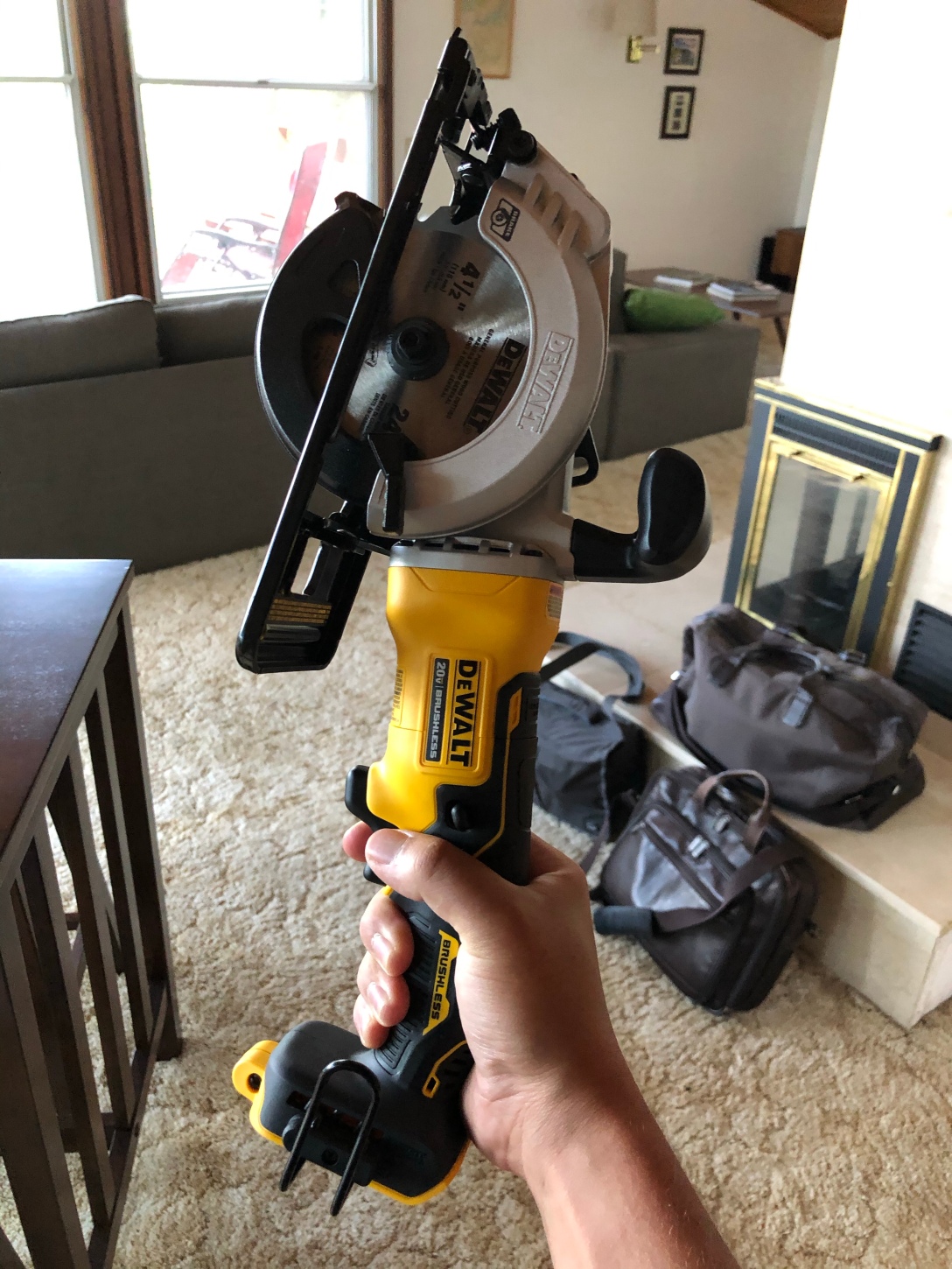 This past week, I finished the major construction work by completing the railing and building a ladder down to the beach. 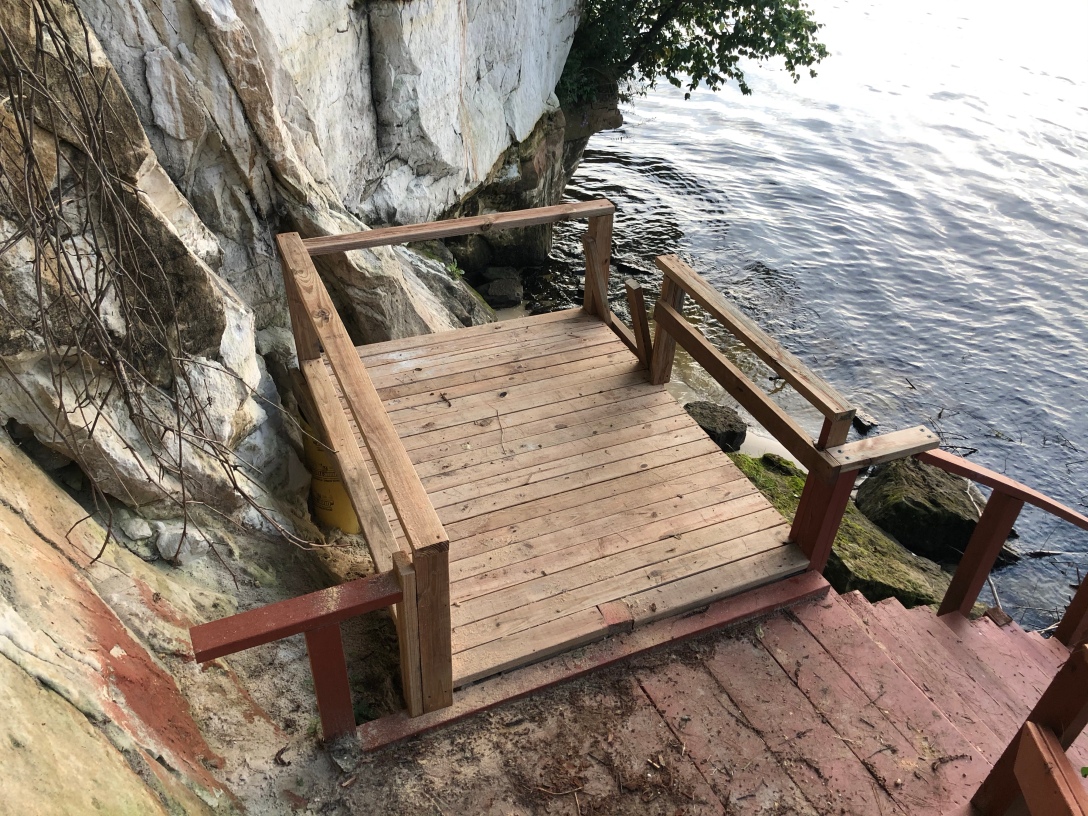 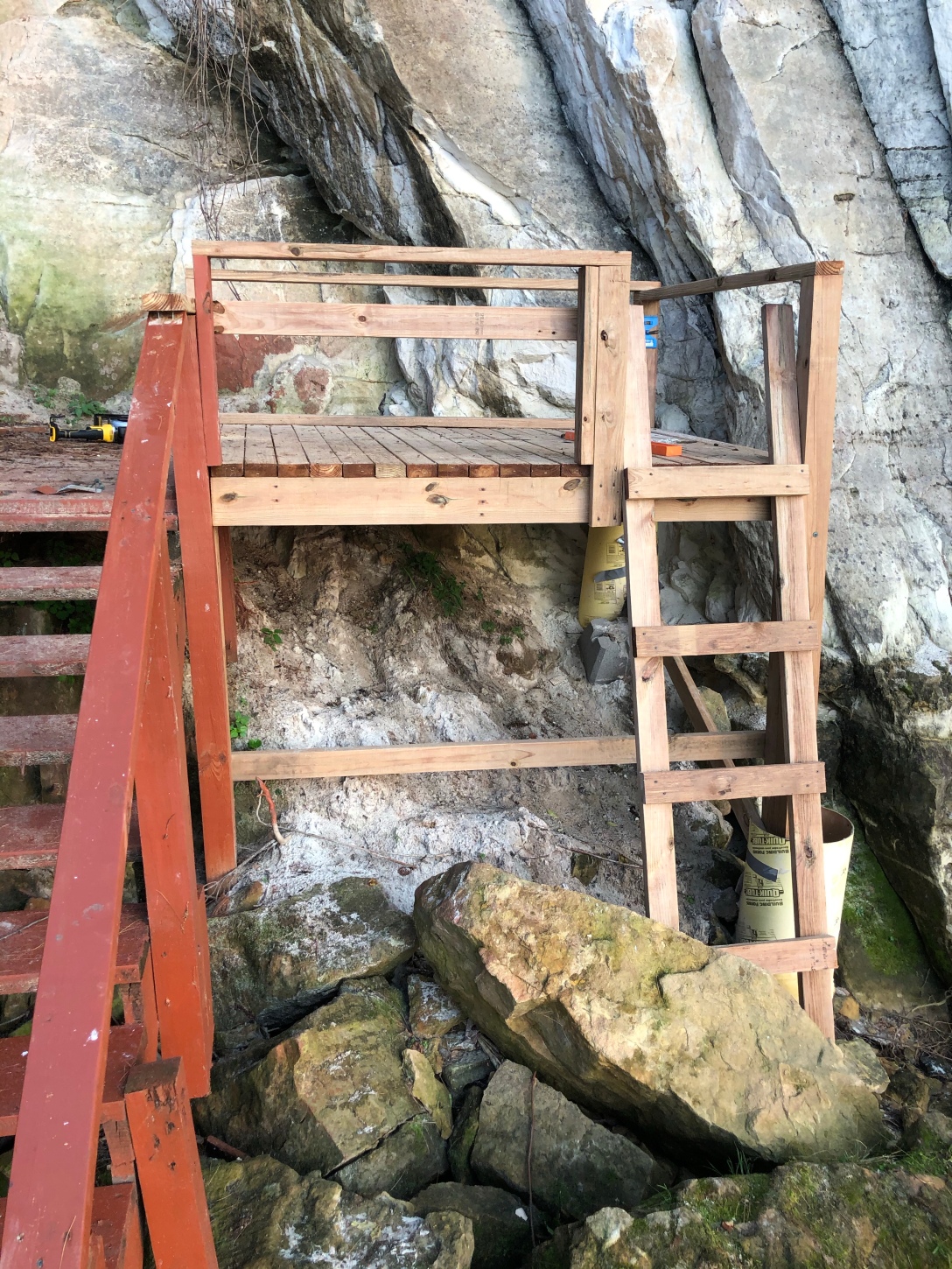 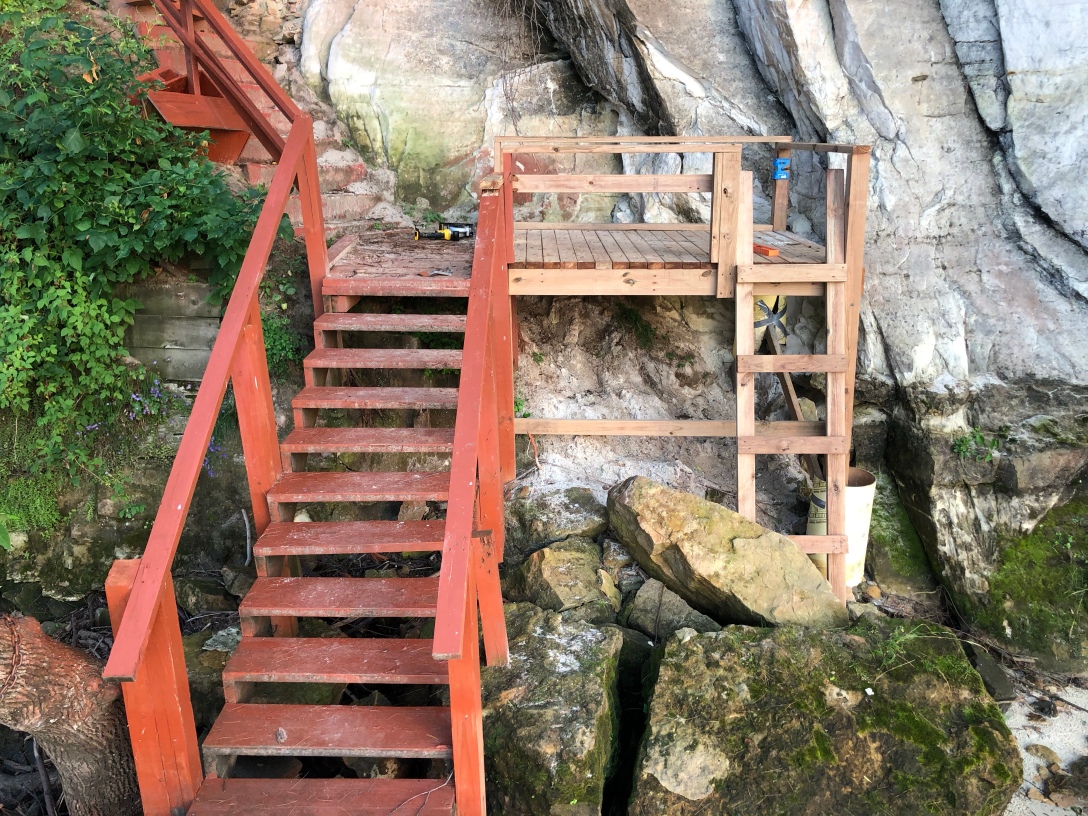 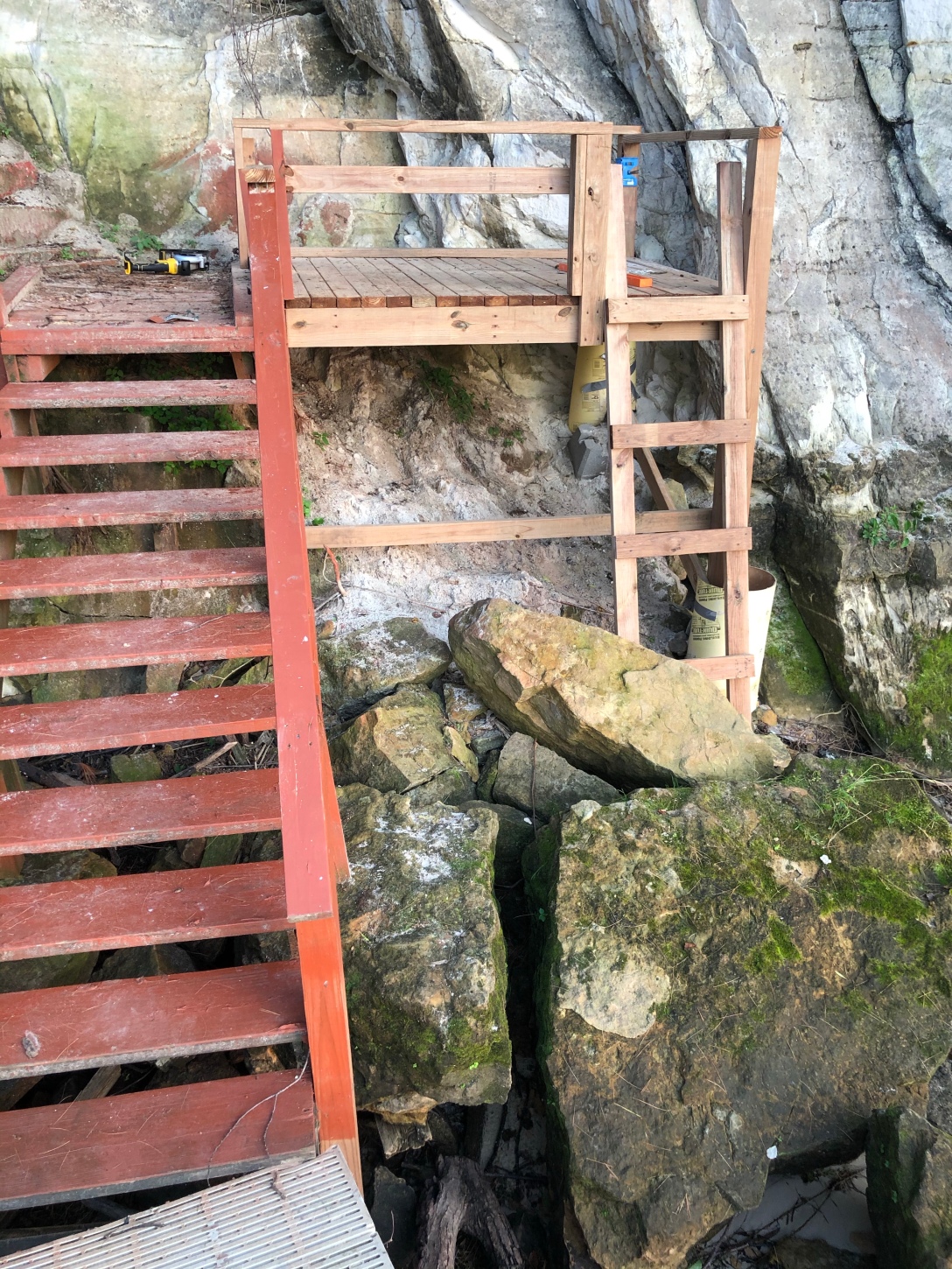 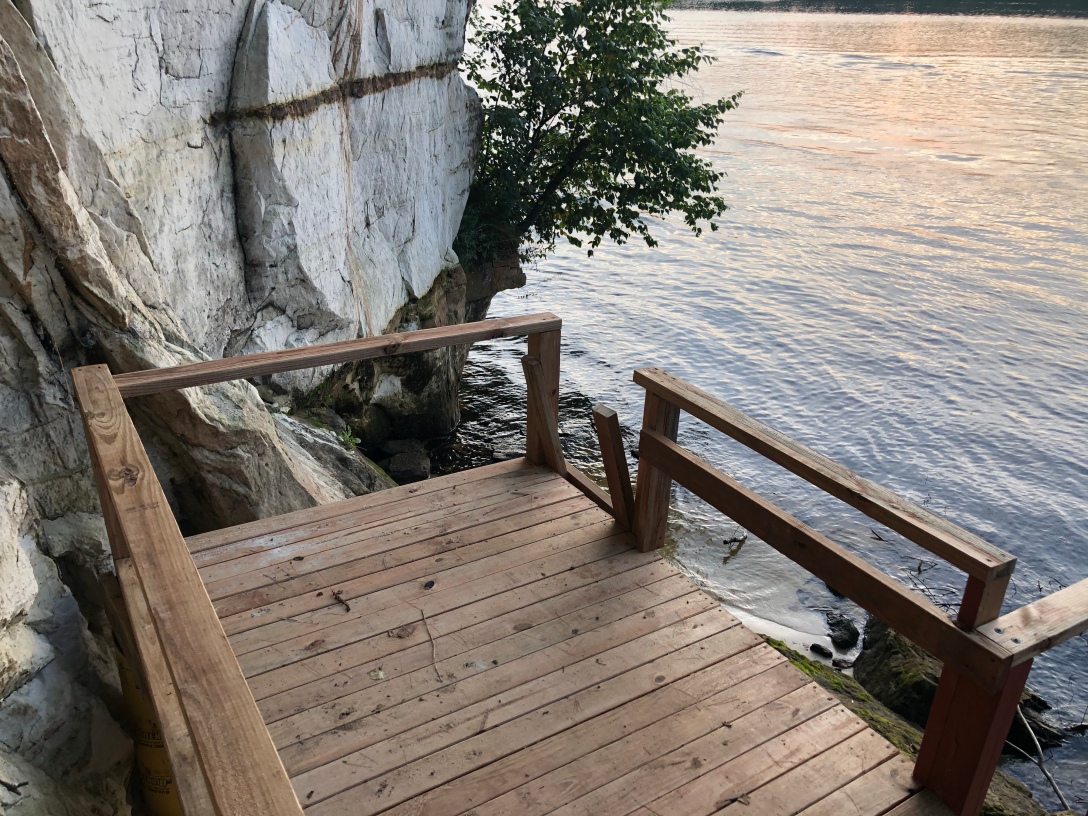 All that’s left after this is to do some repair work on the stairs, and to stain the new deck. The view looking out over the water from the new deck is already incredible! 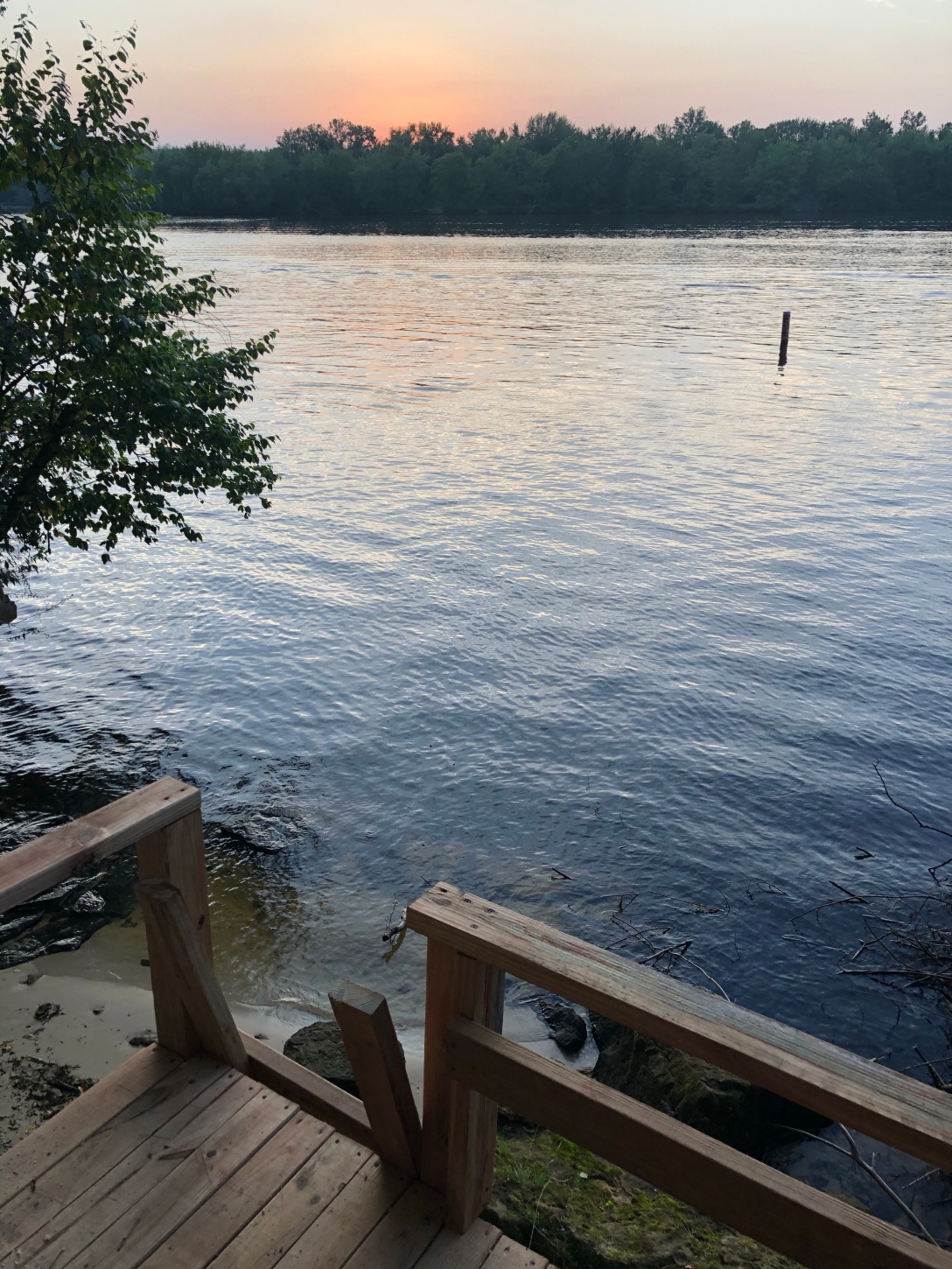