This is yet another post in my past projects series. I’ve been writing a lot of these lately since I’ve been traveling (the last post was written on a flight from Detroit to London, and this post is being written on a flight from London to Atlanta), but posts about new work will be coming later in March. This post concerns a landscaping project from the spring of 2016. Until the mid 1970’s, the land that my house currently sits on was a Christmas tree farm. This led to a large amount of white pine trees that are very close together, and in the summer before I bought my house there was a severe drought (by Wisconsin standards) that led to quite a few of the trees in my front yard contracting a blight that gradually killed them over the next three years. By last spring, it was clear that it was time to start removing the trees before they started falling and possibly causing damage to the house, guest house, or front gate/wall. Therefore, as soon as the ground thawed in early spring, I started removing the trees. Instead of felling them with a chainsaw, I was able to simply rip them out of the ground with my truck, using a chain. The trees were already dead, and had very poor root structures so the F250 made short work of them. 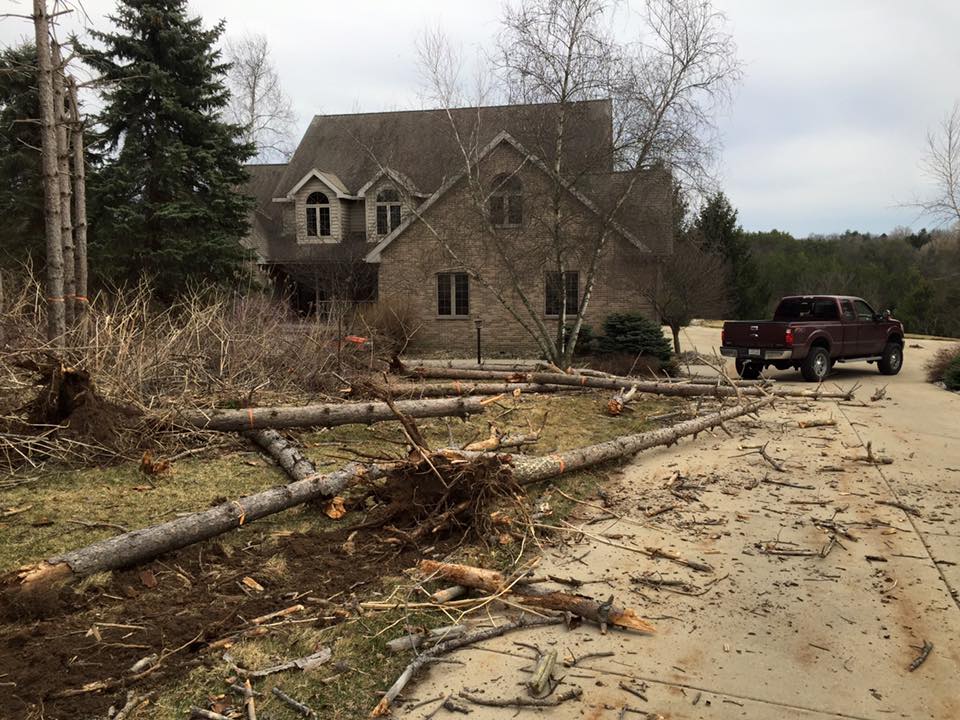 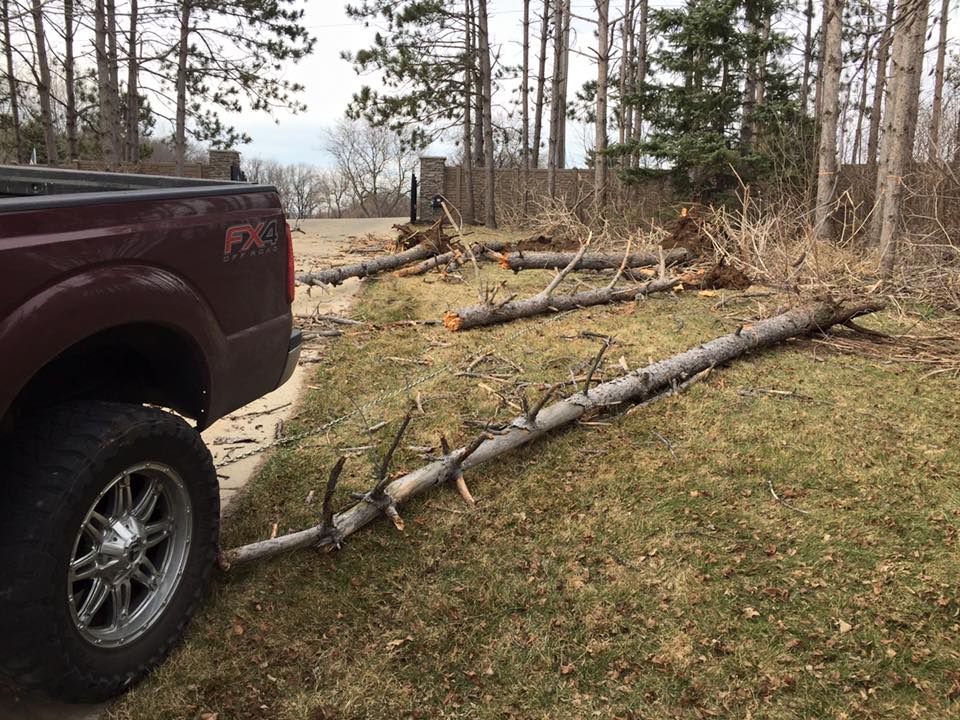 I used the truck to rip the trees out of the ground, and then used my Polaris Ranger 570 UTV to pull the trees to a staging area where I could chop them up with a chainsaw prior to transporting them. 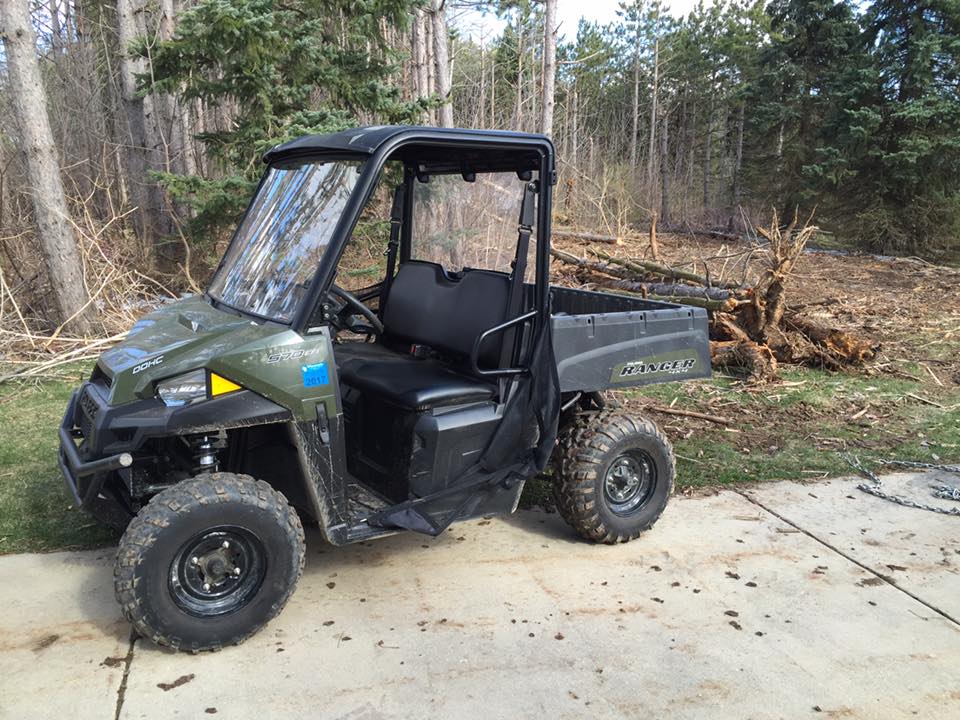 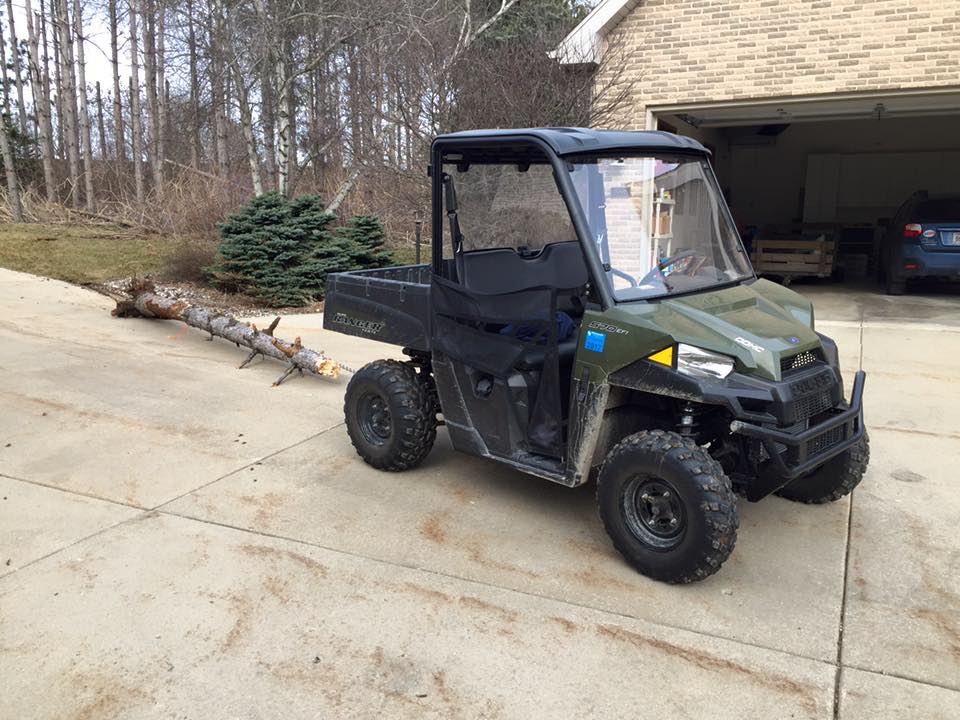 This process went pretty smoothly, although I made one careless mistake and wasn’t paying attention to how much tension I was putting on the chain and caused it to snap, smashing into the tailgate of my truck and destroying it (that tailgate is now hanging in my guest house garage): 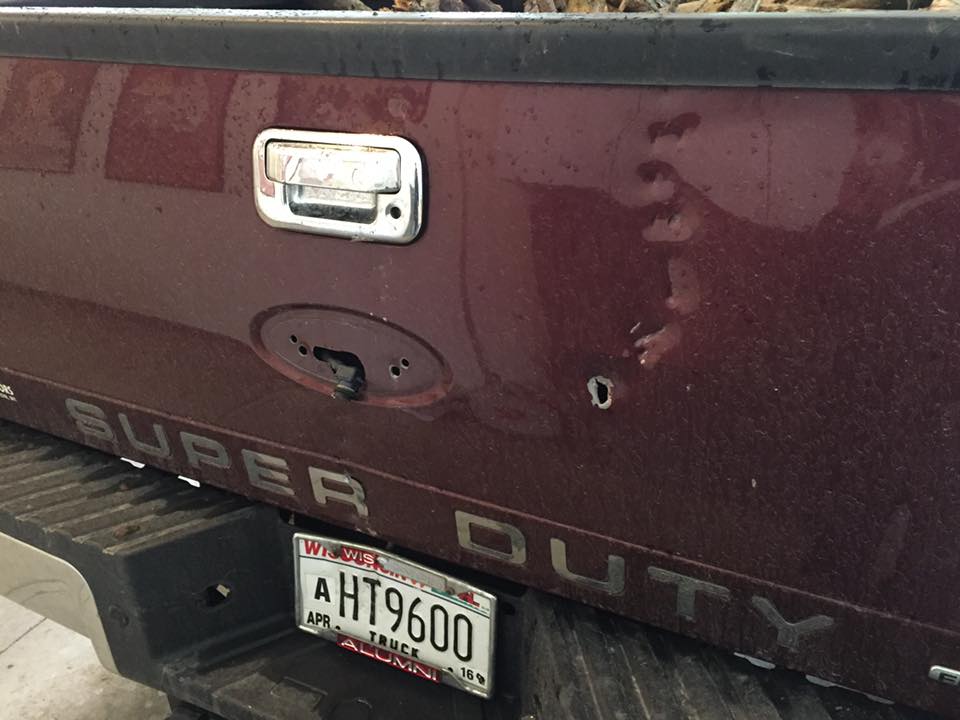 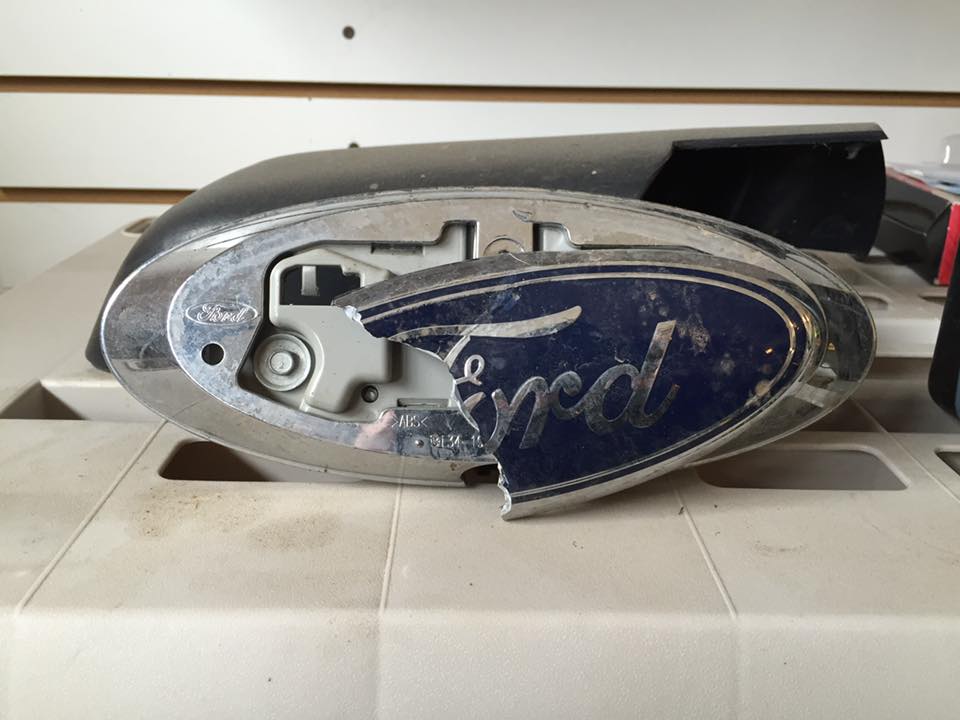 After all the trees were ripped out, I used a chainsaw to chop them up into manageable logs. I got rid of some of the logs, by taking them to a designated drop-off area in Verona using the truck: 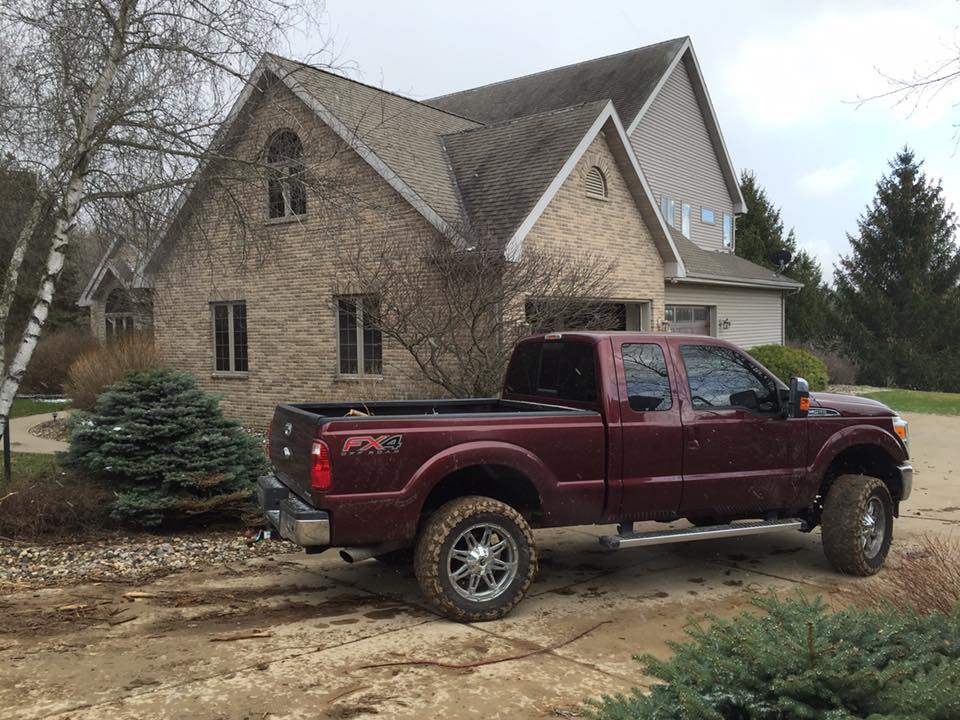 I wanted to keep a decent amount of wood to use as firewood in 2017 (giving it a year to fully dry out) in our fire pit (which will be covered in a future past projects post). In order to do that, I wanted to build a basic covered shed on a far corner of my land that is accessibly via ATV trail, making it easy to retrieve the wood for future fires. I hauled the requisite building tools down to the job site using the Ranger and its trailer:

I used treated 4×4 lumber to build the frame, setting the posts in the ground with poured concrete footings: 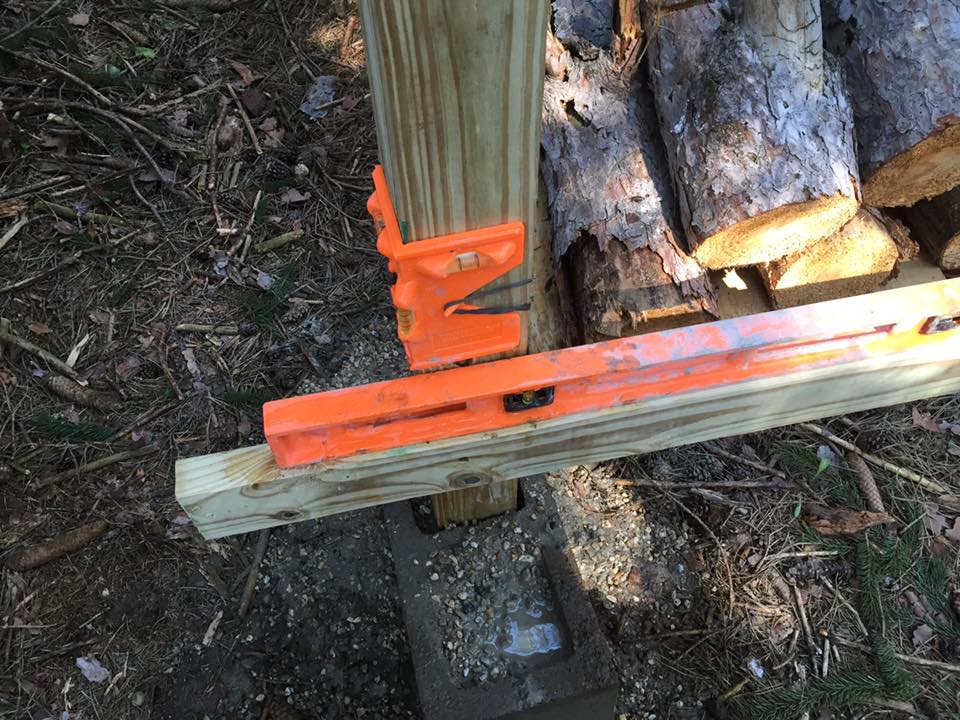 After the structure was built, I gave it a plywood roof to keep rain and snow off of the wood. I filled the ATV and trailer with wood, and hauled the wood down the trail to the shed, filling it with wood to start drying for the next summer.

In the end, it was a pretty impressive wood pile: 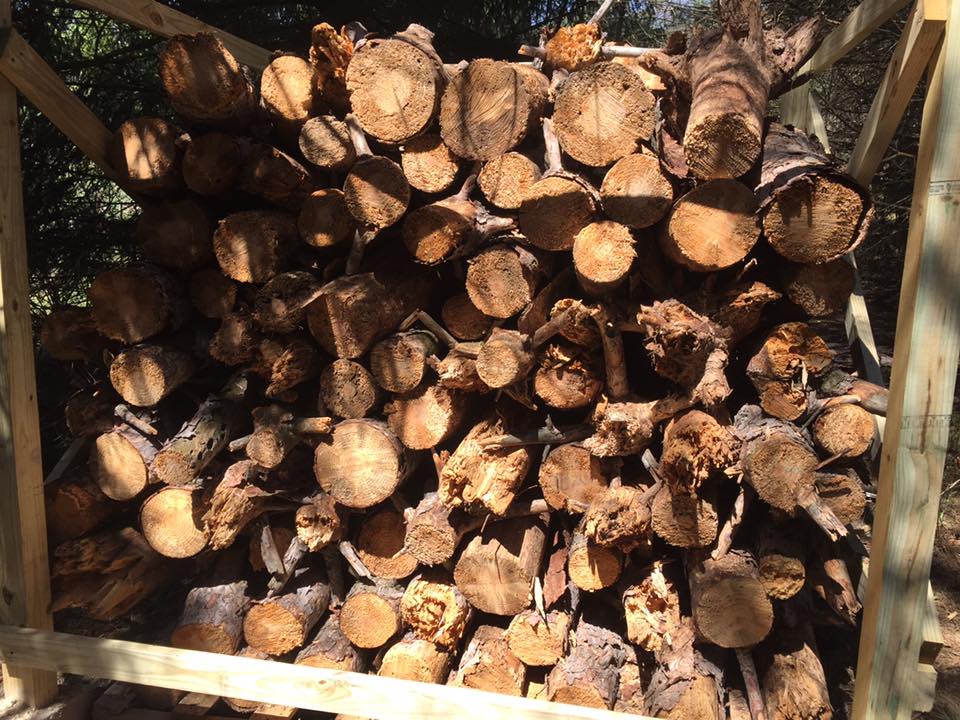 Once all of the wood was cleared out, I tilled the land that had been cleared, removed any remaining brush, and seeded it with grass to extend the lawn into the space where the trees had previously been: 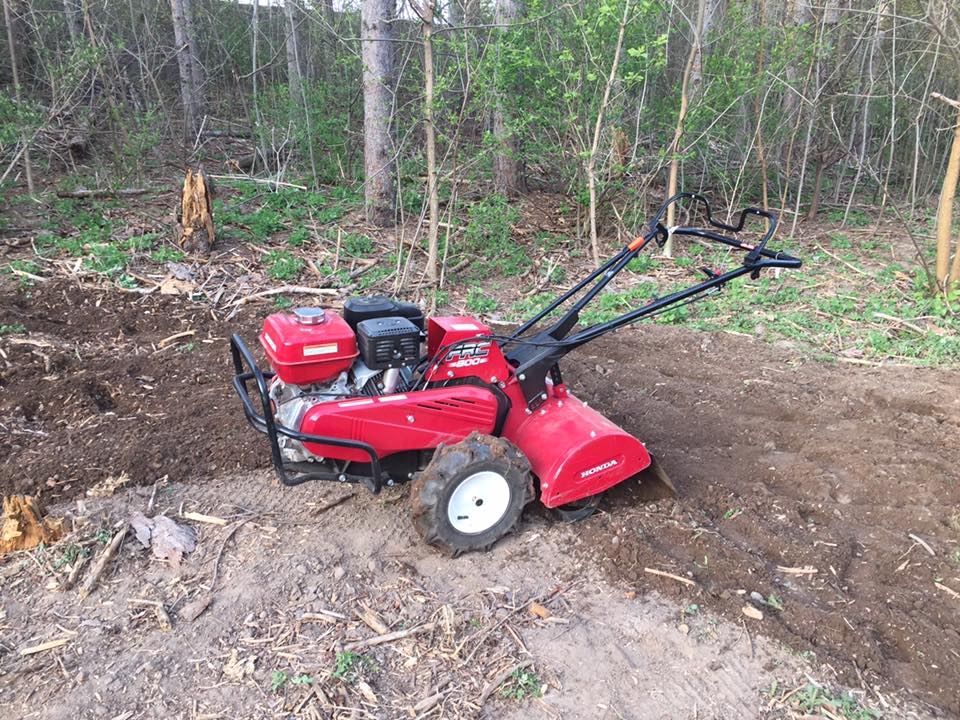 After a month or so, the lawn started to come in: 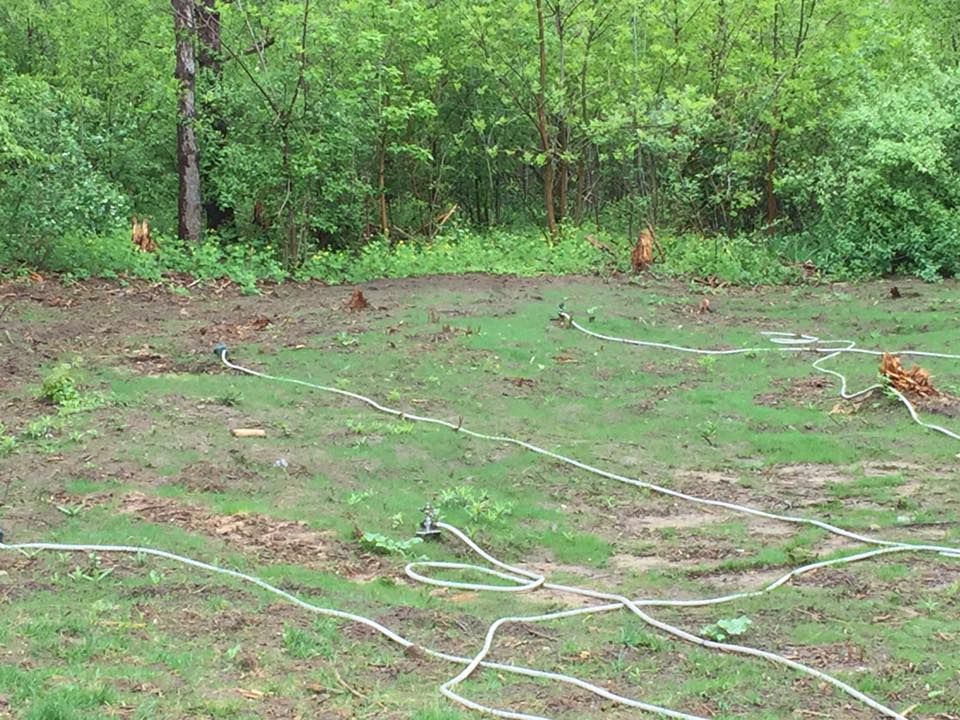 And by the end of the summer, it was fully grown in and had completely transformed the look of the front lawn. The following photos show the final result, in summer and fall. While it was sad to lose some of the trees, in the end I was very pleased with how the new front yard looks from all angles, including entering the property through the gate and leaving from the main house or guest house garages. 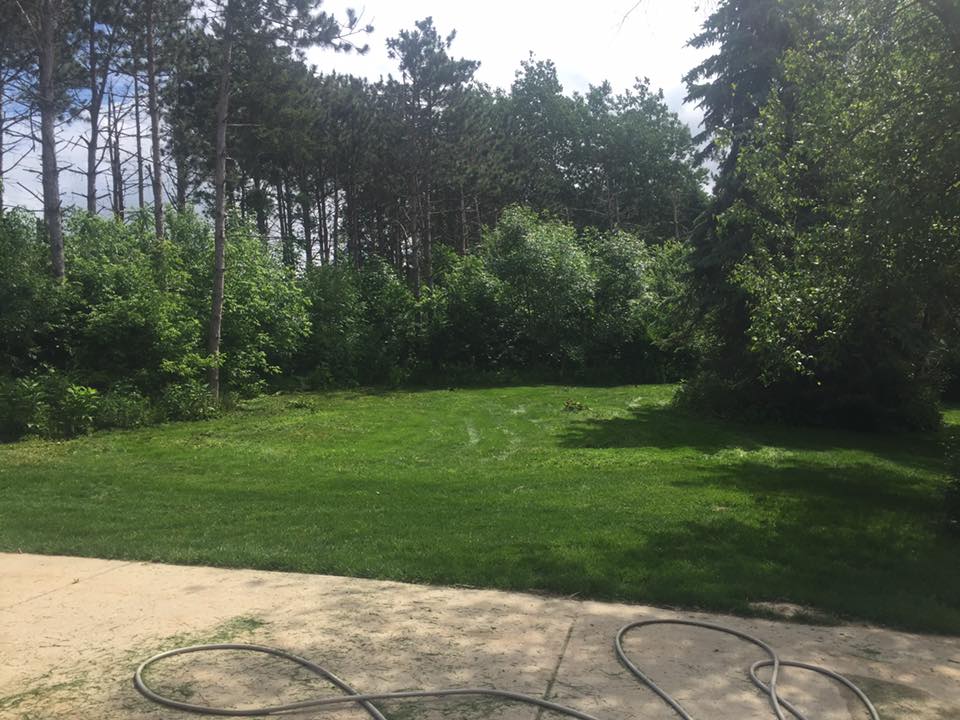 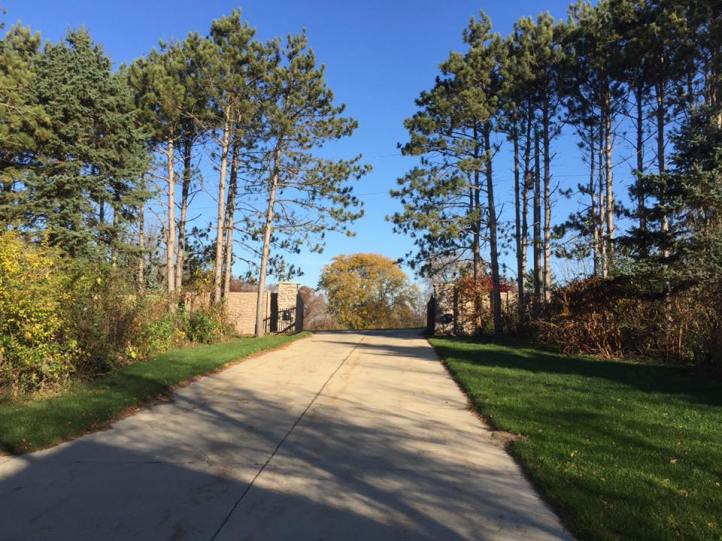 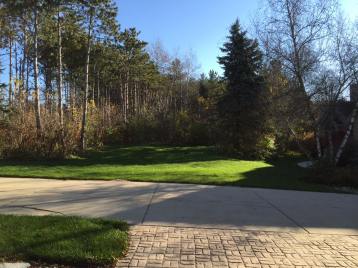