Continuing the past projects series is a project from the winter of 2015. Our house has five bathrooms: three on the top floor, one on the middle floor, and one in the basement. The master bathroom is very nice, the basement and the guest bedroom bathrooms are fine, and the bathroom in my office is interesting (black and white checkered floor with a black and white striped wall), but the bathroom off the kitchen in the middle floor was in pretty bad shape. While I eventually upgraded the hardware and other decor in the other bathrooms earlier this year, the bathroom off the kitchen needed a lot more work. It had peeling wall paper, a non-functional shower with significant rust damage, and an abundance of ugly gold fixtures. Here is what it looked like:

Step 1 was to remove the old wall paper, and then to sand and re-seal the drywall that had damage. Because it had been peeling already, removing the drywall was pretty trivial. I had to use drywall removal spray and a scoring tool for some sections, but many just peeled right off by hand. Once removed, I was left with drywall to repair before I could repaint the walls. 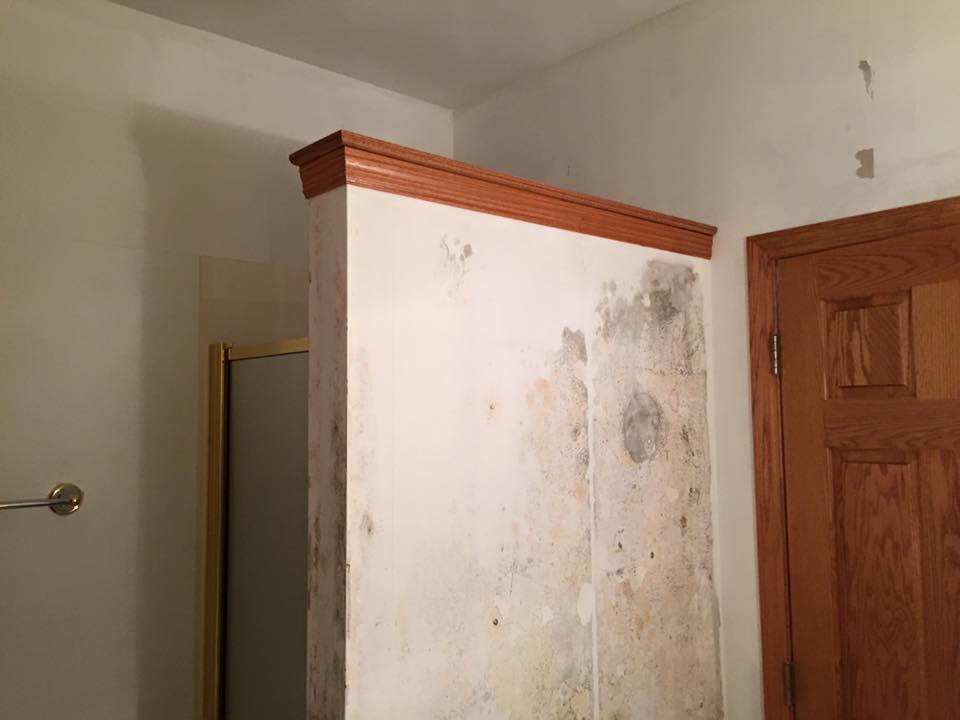 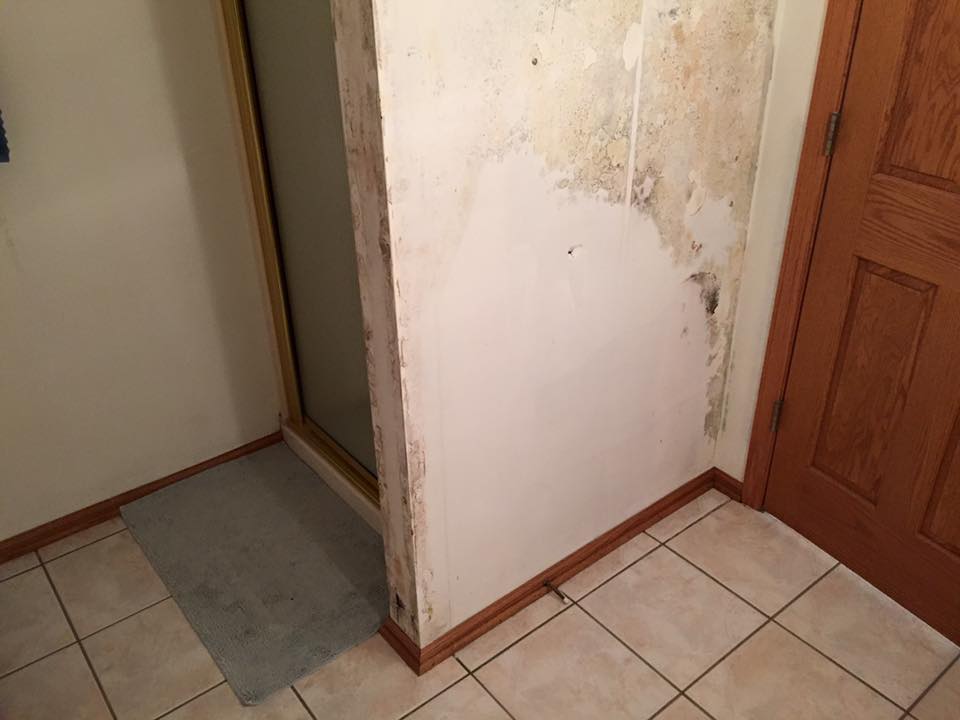 I also removed the existing shower door, sink, and other fixtures that were attached to the walls. The only existing fixture that I kept was the toilet.

Finally, I removed the rest of the shower walls and base, since everything needed to be replaced. This aspect of the demolition process was fun; anytime you get to break things with a sledgehammer and reciprocating saw it’s a good day!

After I removed everything, I installed a new shower base, as well as new shower fixtures and WonderBoard that would eventually support the tiles in the new shower. I did all of this prior to painting the walls, so that anything that would potentially disturb the drywall and require repainting was out of the way. 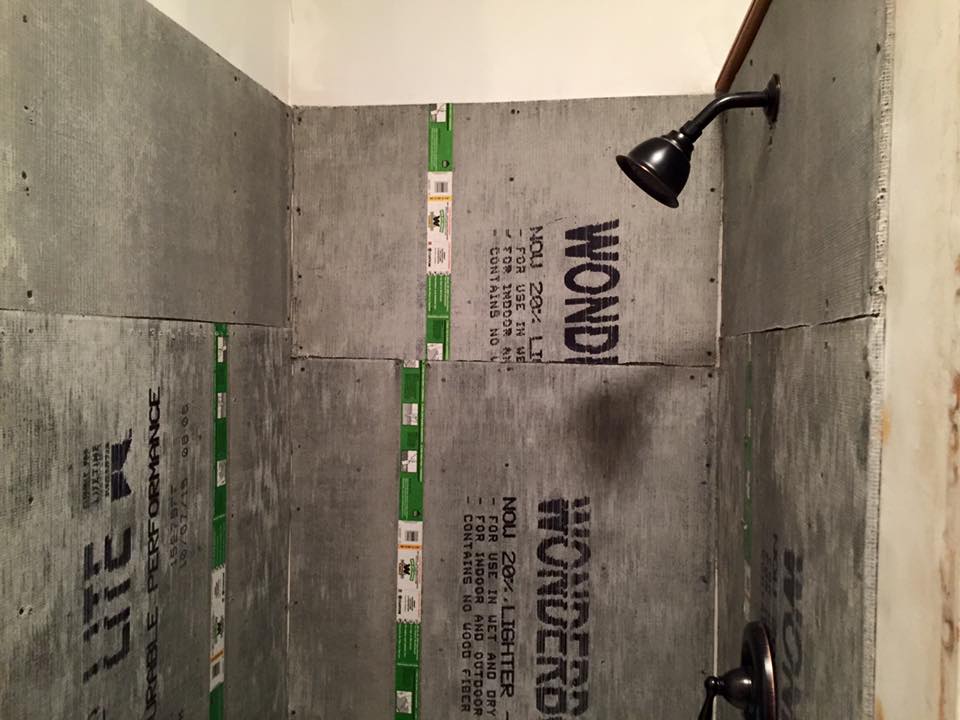 Once I was ready to paint, the last thing to do was to remove the toilet from its wax ring so that I could get behind it: 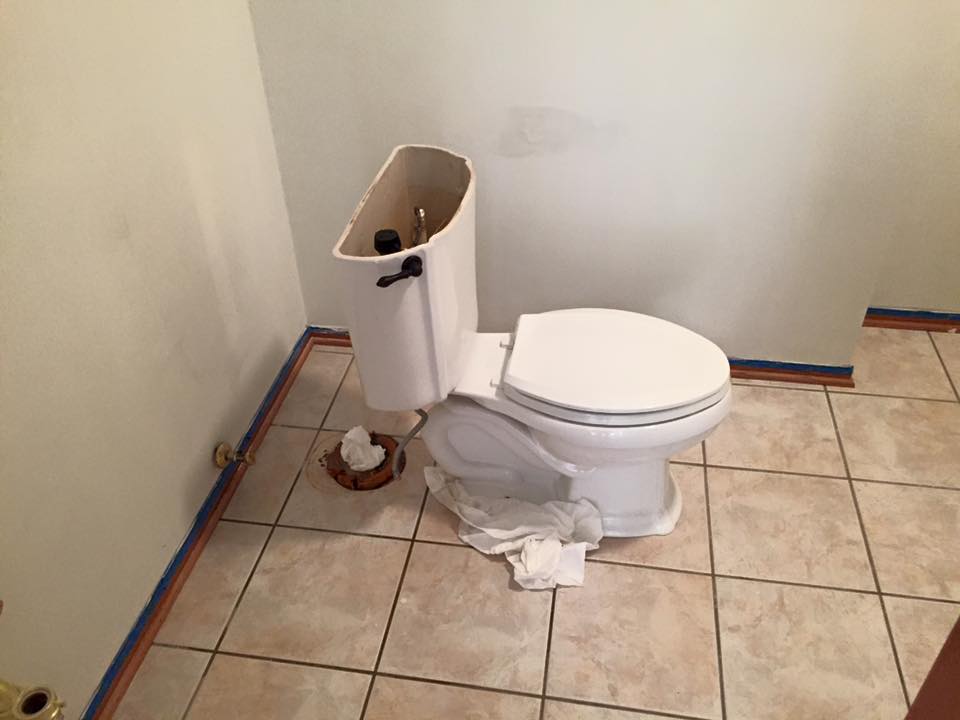 The process of resealing, spackling, and painting the drywall went very smoothly (it was obviously a pretty small room). I taped over the trim so it didn’t have to be removed (I kept both the existing tile and trip on the floors, as that matched the style of the new bathroom well). My wife and I picked out a pale blue-green color for the walls, to give the room a little bit of character without being overwhelming.

Once the painting was done, I installed a vanity, mirror, shelving unit, and lighting. I was really happy with the result, as it completely transformed the look of the bathroom!

The final (and most challenging) task was to tile the shower. Making this more ambitious was the selection of arabesque patterned tiles, which are not rectangular and are those much more challenging to lay evenly and to cut for edges. Before starting the arabesque tiles, I created an edge with white tiles to define the border of the shower: 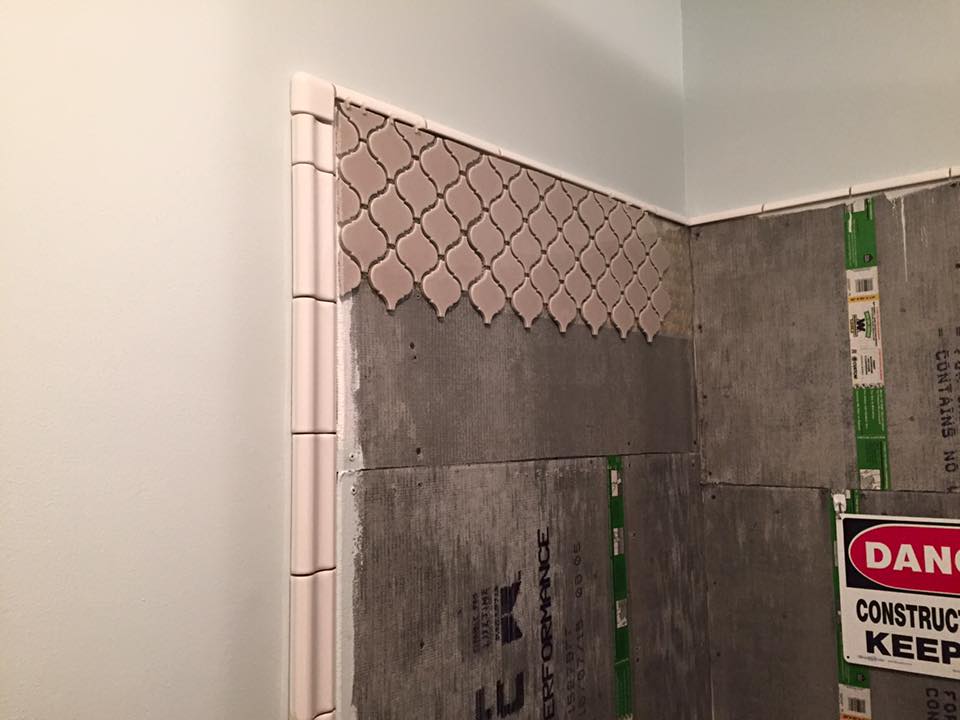 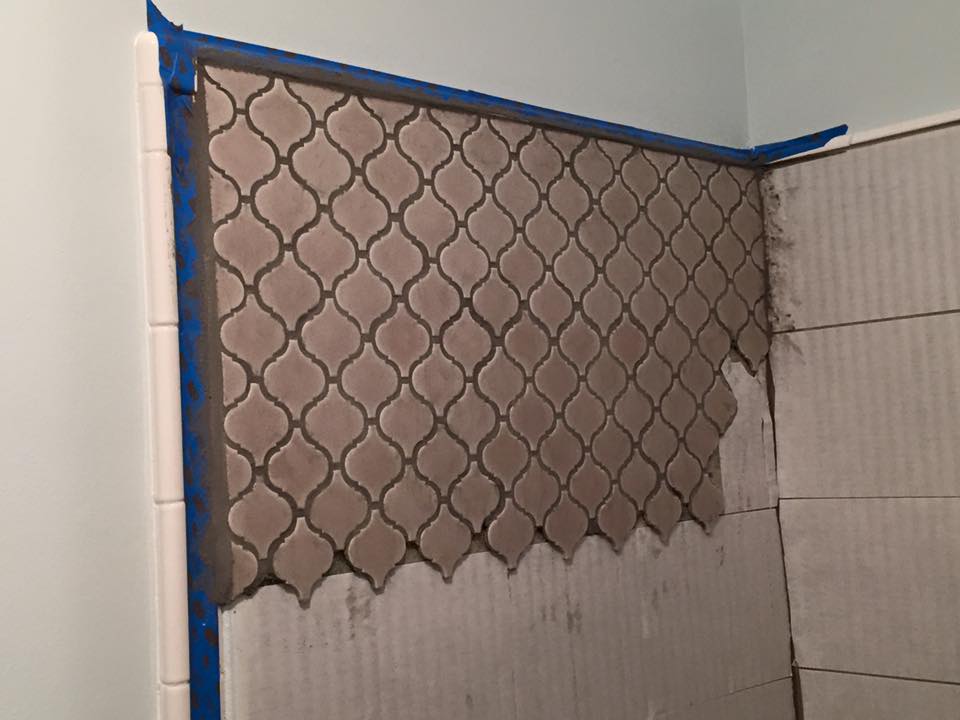 Many, many hours later, the entire shower was tiled and grouted. I was happy with how uniform the tilework looked. For a first foray into non-rectangular tiles, I felt like the pattern and quality help up very well.

As spring was approaching and I had other projects to attend to, I left the shower without a door. It isn’t one that is frequently (ever) used, and was still usable sans door. Eventually, however, I did install a door, bringing this project to true completion.