Several weeks ago, I completed the first phase of the guest house electrical work, which involved wiring overhead lights, a bathroom fan, and several outlets and switches on the outer wall that already existed in the guest house garage. The second phase was a little bit more complicated, since I had to install a GFCI breaker into the breaker box, and run wire to power a series of outlets and lights on the newly built interior wall for the bathroom.

For background, HowStuffWorks provides a solid little article on how GFCI outlets work:

The idea behind a fuse is to protect a house from an electrical fire. If the hot wire were to accidentally touch the neutral wire for some reason (say, because a mouse chews through the insulation, or someone drives a­ nail through the wire while hanging a picture, or the vacuum cleaner sucks up an outlet cord and cuts it), an incredible amount of current will flow through the circuit and start heating it up like one of the coils in a toaster. The fuse heats up faster than the wire and burns out before the wire can start a fire.

A GFCI is much more subtle. When you look at a normal 120-volt outlet in the United States, there are two vertical slots and then a round hole centered below them. The left slot is slightly larger than the right. The left slot is called “neutral,” the right slot is called “hot” and the hole below them is called “ground.” If an appliance is working properly, all electricity that the appliance uses will flow from hot to neutral. A GFCI monitors the amount of current flowing from hot to neutral. If there is any imbalance, it trips the circuit. It is able to sense a mismatch as small as 4 or 5 milliamps, and it can react as quickly as one-thirtieth of a second.

So let’s say you are outside with your power drill and it is raining. You are standing on the ground, and since the drill is wet there is a path from the hot wire inside the drill through you to ground (see How Power Distribution Grids Work for details on grounding). If electricity flows from hot to ground through you, it could be fatal. The GFCI can sense the current flowing through you because not all of the current is flowing from hot to neutral as it expects — some of it is flowing through you to ground. As soon as the GFCI senses that, it trips the circuit and cuts off the electricity.

The first step was to install the GFCI breaker, which was a BH type ETN combined ground fault and arc fault breaker: 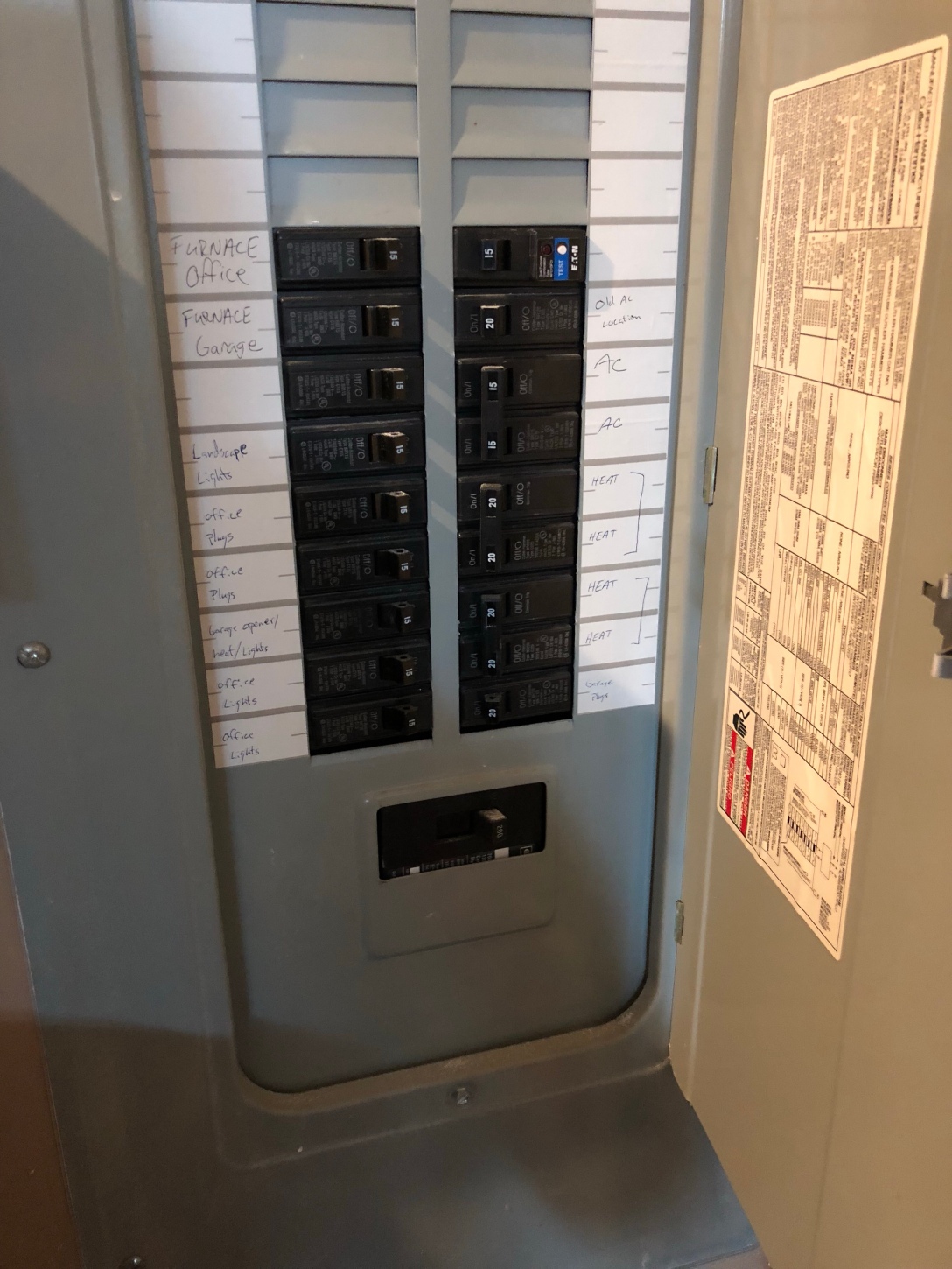 After that was done, I ran wire through the ceiling and through holes cut in the studs, and wired the GFCI outlets, switches, and lights.