Last year, I cleared a bunch of dead trees from my front yard. I used my truck to rip the trees out of the ground, which cleanly removed virtually all of them. However, it left 5-6 stumps still in the ground from cases where the tree ripped in half instead of fully coming out of the ground. At the time, I opted to leave the stumps in the ground since I had other higher priority things to work on. This spring seemed liked a good time to fully remove the stumps, and to add some additional dirt to flatten out the ground in that part of the yard. To accomplish this, I rented a 13 horsepower stump grinder from the Home Depot: 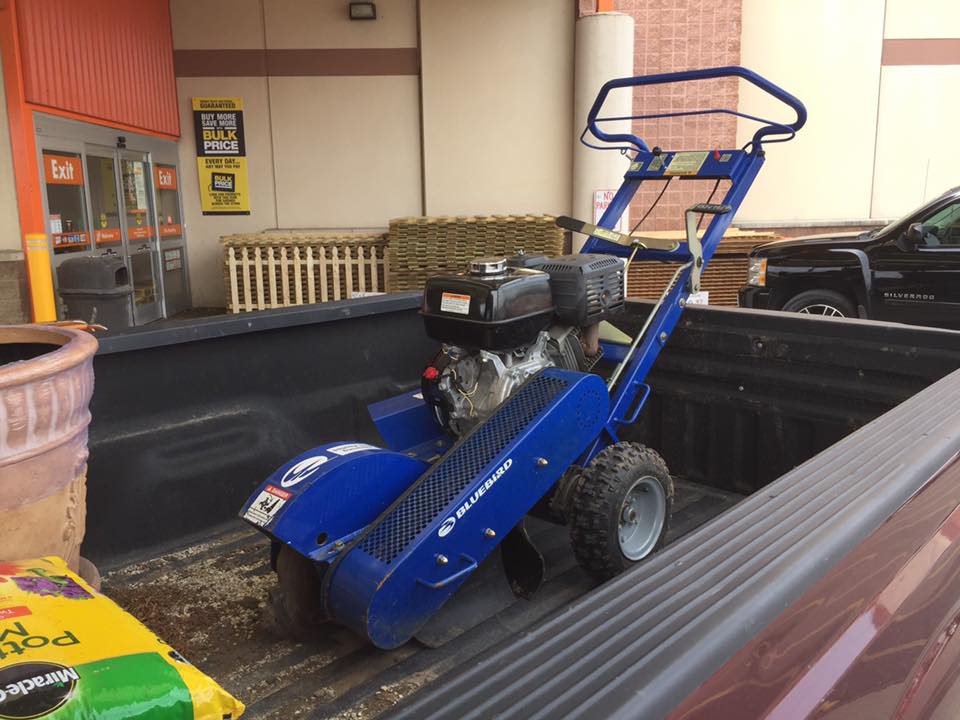 The grinder was fairly heavy, and was a chore to get in and out of the bed of the truck on ramps since its wheels were unpowered, but I was able to get it done. I hauled it out to the part of the yard where the stumps were located, and was able to rapidly grind down the stumps.

The grinder was simple to operate, and although I wore a bunch of safety gear provided by Home Depot it probably wasn’t necessary in this particular instance because the stumps were soft, dried out wood that were easily ground down.

After grinding down the stumps, I filled in the holes with dirt and planted grass seed that should quickly grow in and leave me with a more pristine, easier to mow front lawn.